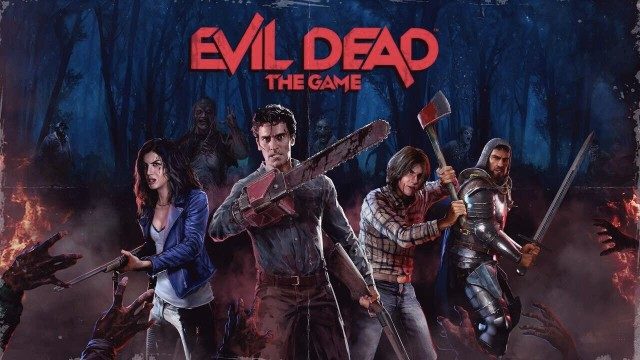 The asymmetrical multiplayer Evil Dead: The Game is here now, with plenty of content dedicated to Sam Raimi’s movies. From character skins to locations inspired by the films, it is any fan’s dream game. However, there’s one reasonable omission: the lack of content based on the third movie, Army of Darkness. As such, Evil Dead: The Game players want to know the DLC plans, to see if the beloved Army of Darkness will have more of a presence in the game.

Are There Any Evil Dead: The Game DLC Plans?

There are extensive DLC plans for Evil Dead: The Game. While the base title has only been out for a few days, we already know that Saber Interactive is planning additional content to arrive down the line.

Only one piece of Evil Dead: The Game DLC has been announced so far. It is based on Army of Darkness, with a new map on the way. The map is Castle Kandar, the iconic medieval location seen in the third movie in the franchise. So far we’ve only got some teasers from the official game Twitter, but it’s looking good. There are buildings on fire caverns to explore, and underground chambers. They’ll no doubt hold some pages of the Necronomicon, which are crucial to collecting if you want to win matches in Evil Dead: The Game.

Free to all Evil Dead: The Game players, it’s one of many groovy DLC updates we are working on for the months ahead.

Even better, we know that the DLC based on Army of Darkness will be completely free to all players. However, other DLC aside from that appears to be paid, because a season pass is available to purchase already. As per the PlayStation Store listing, it “includes 4 DLC packs at a discounted rate,” but the specifics are still unknown.

As such, the DLC plans for Evil Dead: The Game are definitely extensive. While some may cost money, it’ll no doubt ensure the game remains supported for a good while yet.