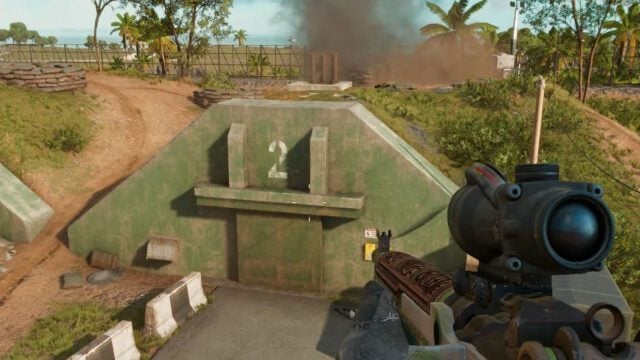 Beneath the corruption of Yara in Far Cry 6 follows a trail of neglected history. Embarking on the treasure hunts will both satisfy the need to explore and the need to learn more of the lore. In the cache money treasure hunt for Bunker 2, Dani must infiltrate a military base. There are a couple of crucial steps that you must follow in order to enter the bunker. If you need some guidance on how to complete the Bunker 2 treasure hunt in Far Cry 6, here’s all you’ll need to know.

How to Get the Cache Money in Bunker 2 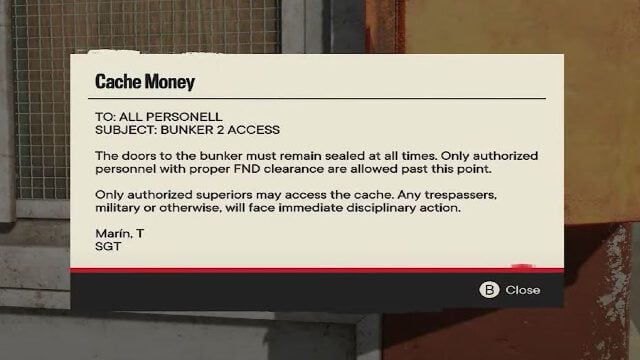 To obtain the cache money, head to the military base that can be found within the Oasis Plains of Aguas Lindas. Look out for the base’s name: Almacenamiento Militar. Obtain the note from the security checkpoint at the entrance to start the cache money treasure hunt.

You’ll then want to climb up the small building right behind the security checkpoint. You’ll see a ladder that will take you to the rooftop. Walk down to the other side until you’re able to see Bunkers 1 and 2. Your point-of-view should help you navigate a button right by your feet. Pressing this button will open and shut Bunker 2’s doors. Once they open, fire into the open space to trigger an explosion. The blast will blow off a hatch from the top of Bunker 2, where your next step awaits. 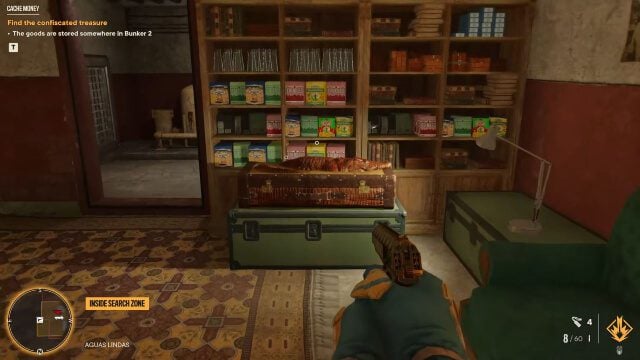 Make your way down the hatch of Bunker 2. Amid the debris, you will find another hatch to go down into. This hatch will have a ladder, so climb all the way down to reach the body of the bunker. Before you will be a hallway that can be ignored for the sake of this treasure hunt. You’ll just run down until you reach the end of the hallway where you’ll then enter a storage room.

This room will contain stolen treasure and pieces of history, on which Dani will comment. It’s all locked behind a security gate, which can be unlocked by simply shooting off the padlock. Hanging off from one shelf will be the officer’s room key. Grab the key then head over to the locked security door adjacent to the storage space. This will lead you into the officer’s quarters, featuring a portrait hung against a wall with a desk in front of it. Head to the desk to find a button on the bottom. Pressing this button will open the officer’s secret living room, where you’ll then see the cache laying by some food and books.

Opening the cache will complete the treasure hunt for Bunker 2, and it will reward you with a Sobek Special sniper rifle. It was once owned by an Egyptian scholar who claimed it was a gift for El Presidente. The scholar was fed to the crocs, with his worthy possession being taken away from the authorities as he died. Now, the rifle belongs to you.

Need more tips for Far Cry 6? Check out more of our guides here: