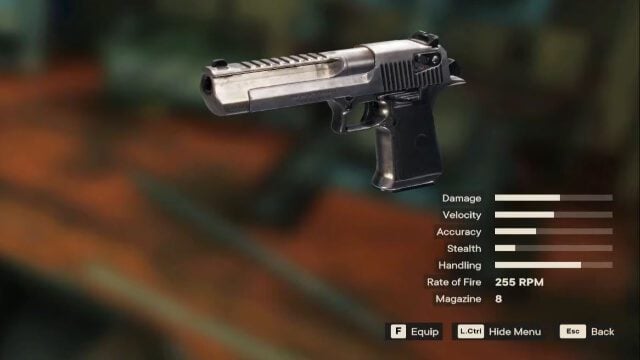 The Desert Eagle pistol in Far Cry 6 is one of the most powerful weapons you can wield. It works wonderfully as a force of brutal nature, withholding intense firepower for the victims that will meet their end. Thankfully, finding the pistol isn’t complicated, and it can be done in a quick fashion once you find the objective connected to its discovery.

How to Get the Desert Eagle in Far Cry 6 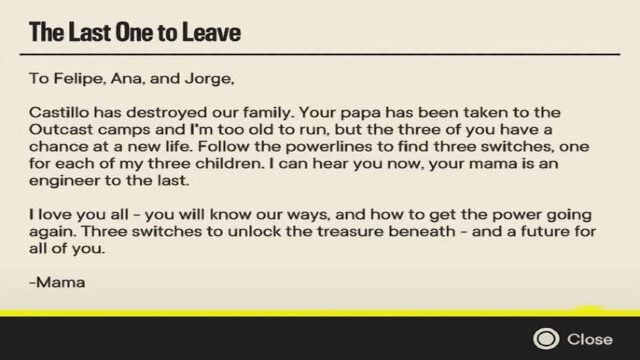 To get the Desert Eagle, you’ll need to complete “The Last One to Leave” treasure hunt. This side mission can be found off the coast of Roja Bay at the Northwest end of Esperanza, the capital of Yara.

Find the note at the side of the substation inside an orange casing, which details the freedom struggle of three kids and their engineering mother. Castillo is ripping the family apart, with the father being taken away to a camp. The mother has hooked up three switches for her children to use in order to access a treasure that’ll help them. Our goal: steal their treasure by turning on all three switches.

All you need to do to complete the mission and get the Desert Eagle is follow the three separating power lines, one for each of the mother’s children. The first one will lead to a blue house with a red glare alit. Deadly poison is reeking the area, so throw a propane tank or a Molotov inside to clear the air. An explosion will occur. Afterward, make your way inside. Traverse through the home to find one of the children dead, with the next room containing the switch in question. Flip it, and then you’re off to the next one.

The second switch will be on top of a small green tower with a water tank next to it. There is no ladder to climb up to it, so you’ll need to jump across from a smaller structure adjacent to it. There will be a hole in the solid fence for you to crouch under. Jump on top of the smaller structure to see the opening to the tower. You’ll see a blue piece of clothing hanging from it. Run and jump toward that to gain access to the second switch. When you connect the jump, you can then flip the second switch.

Now, for the third switch, head toward the third house with the final powerline. This time, the switch will be inside a mint green home. What you’ll need to do is first turn on the orange and black radio by the window. After that, turn on the television set. Once that’s all said and done, turn the picture that’s hanging by the bookcase. Inside you will find the third switch, accompanied by a note from one of the children who reveals that they are all dead. Flip the switch, then leave the disturbing premises.

When all three switches are on, head back to the substation. It will now be unlocked so go ahead and enter the building. Inside, you’ll see the treasure chest that was waiting for the children. Since they’re out of the picture, it’s up to you to claim their treasure. Open the chest, and you will receive the Rank 4 Desert Eagle. This was the mother’s gift to help her children achieve freedom in face of sinister tyranny.

We definitely recommend getting this highly-powered pistol as early as you can. Its ultimate power, combined with a suppressor and a scope, can easily make it the most powerful pistol in your inventory. Using it on a military outpost will produce tremendous results, so you may want to grab yourself the Desert Eagle if you are to free Yara from Castillo’s deadly grasp.