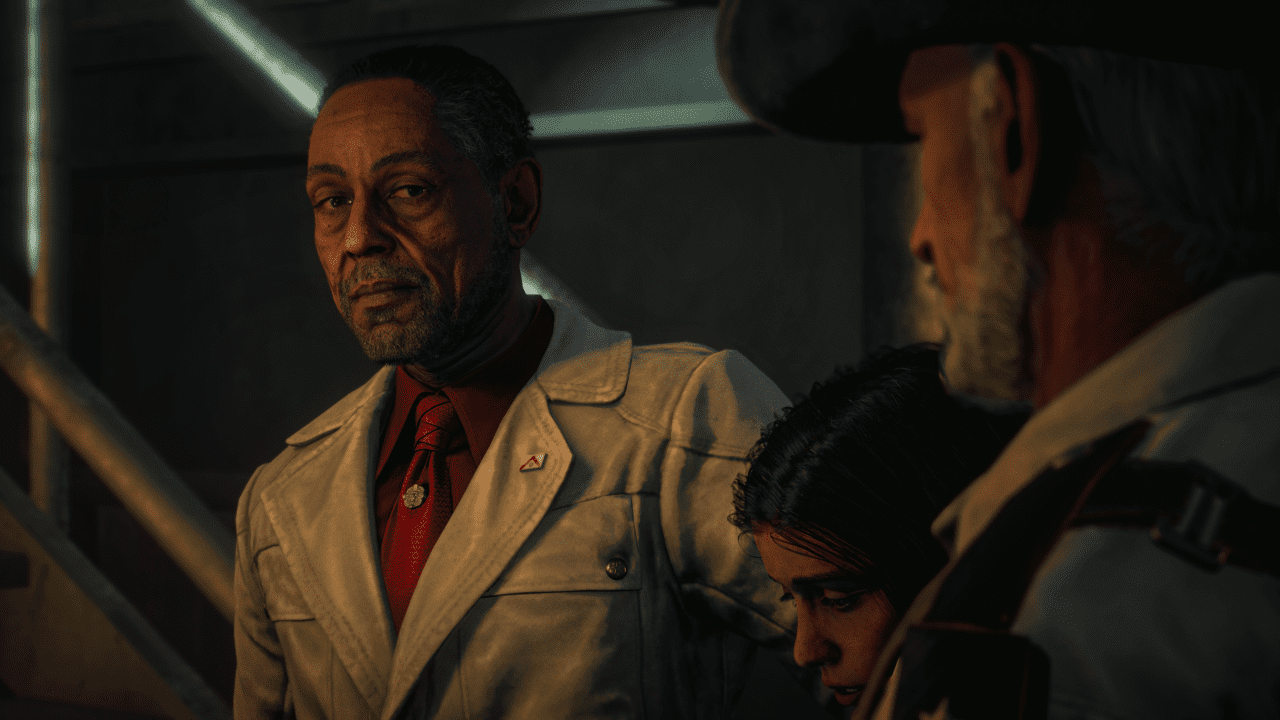 A new trailer for the hotly-anticipated Far Cry 6 provides details on its story, setting, and release date. The Far Cry 6 release date is set for October 7, 2021 on Xbox Series X|S, Xbox One, PlayStation 5, PlayStation 4, Stadia, Luna, and PC.

The game takes place in the fictional region of Yara, controlled by dictator Antón Castillo (Giancarlo Esposito), and his young son Diego (Anthony Gonzalez). Players control Dani Rojas, the leader of a liberation movement across the country. He’s driven by the “resolver” spirit to achieve their goals — a national focus on resourcefulness and chaos. Consequently, this leads to a range of unique weapons, from a machine gun powered by a motorcycle to tanks. Dani’s key ally is Juan Cortez, a former KGB agent now focused on liberating Yara.

Also new in Far Cry 6 are companions. Like in Fallout 4, they’ll follow players across the Yaran landscape, aiding with combat and accompanying Dani, who can be male or female. The focus of combat is guerrilla warfare, as Castillo’s forces have better vehicles, and control of roads and air. Like classic Far Cry games, the aim is to drum up support, take down enemy outposts, and ultimately liberate the region. However, the group’s lack of firepower means players have to get creative in dealing with enemies.

Also announced alongside the Far Cry 6 release date was the Libertad Pack add-on, available through pre-ordering the game. It contains exclusive outfits for Chorizo, a dog that players can recruit as Dani’s companion. It also unlocks Discos Locos, a gun made of a disc launcher, that projects CDs into enemies instead of bullets. This is just one of the wide range of unique weapons the guerrillas will need to utilize to take down Castillo and his forces.

Also, fans can purchase the Lions of Yara collectible figurine, which displays Antón and his son Diego. It also comes with a code for an exclusive in-game weapon charm. If you missed the Far Cry 6 release date trailer, you can catch it in the video above.