Forspoken | Best Skills to Get First 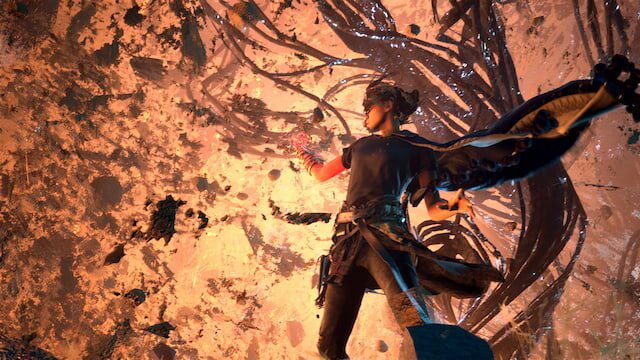 Combat in Forspoken revolves around magic, and the protagonist Frey has a lot of choices at her disposal. Although new styles of elemental magic skill trees will unlock throughout the course of the game, Frey’s starting skill tree still has loads of options. Some abilities such as Cuff’s shielding or fall damage cushioning aren’t necessary to unlock. For everything else, you’ll need to spend mana in order to obtain them. Here are the best skills to get first.

Best Skills to Get First in Forspoken 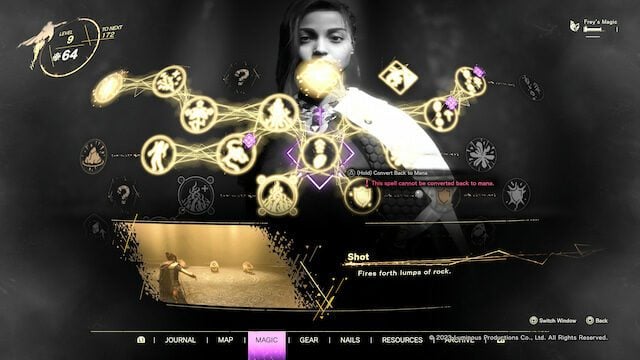 Upgrading your basic attack spells with Frey’s Purple Magic is beneficial, but it’s best not to unlock them first. Level 2 and 3 enhancements of these spells are incredibly costly. You’ll start to gain mana at a fairly reasonable pace as the game goes on, but in the beginning hours, mana is a little more limited.

The first and most essential skill to unlock is Tendril. This allows Frey to whip a vine around a large area, making it perfect for crowd control. What makes it even better is that Tendril doubles as a healing spell. The amount of health you recover is based on how much damage is done with Tendril, so if you’re being flanked by multiple enemies, make sure they’re relatively close together.

Next, you need to prioritize the node branch of Bind, one of Frey’s starting spells. This allows you to unlock Disperse. This spell summons a plant turret that targets groups of enemies and has a quick cooldown period. Disperse is a great spell to use if you’re trying to focus on a specific enemy in a group, as the turret can focus on the others.

Following Disperse, you’ll need to unlock Leach next. Leach is a handy spell but also a very situational one. It lets Frey cure herself of poison. You won’t use it in every fight, but that doesn’t matter. What you really want to get to is the skill after Leach, which is Screen. Combat can quickly get overwhelming in most battles and like Tendril, Screen is an essential skill for survival. It surrounds Frey with a swarm of stones that protect her against attacks. This is especially useful in tough boss battles, like the Recreant Knight or Lesser Deinosuchus.

After unlocking these four skills, focus on upgrading your basic attack spells. Which one you should upgrade first really comes down to personal preference. If you find yourself using Shield Shot more often than Burst Shot, for example, it’s fine to upgrade it first. However, make sure you upgrade to Burst Shot Level 2, as the wider blast radius comes in handy. You can refund skills at anytime and gain back the Mana you spent on them, so don’t be afraid to experiment.