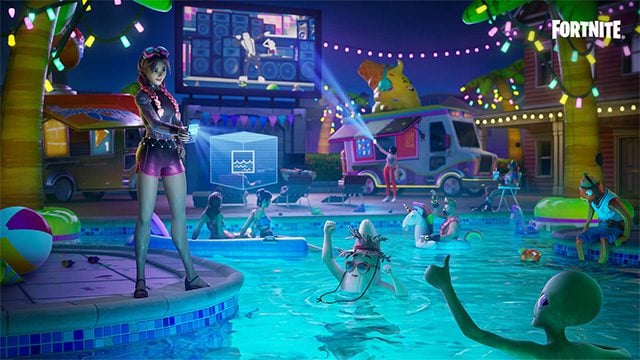 Fortnite‘s No Sweat Summer event has changed the game’s meta for a short while. New weapons, new items, and plenty of other exciting things to discover on the island. One of these things is Lil Whip. But where can you find him while fighting across the island? Read on to find out.

Where to Find Lil Whip in Fortnite 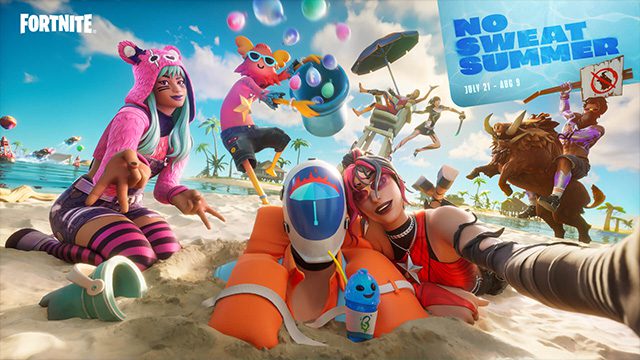 Lil Whip is Fortnite character who is a sentient Ice Cream Cone. You may remember him in the previous seasons with his ice cream shop in Coney Crossroads. He’s relocated for No Sweat Summer and is driving around an Ice Cream Truck, handing out Frozen Treats to players in battle.

If you’re looking to find him, there are plenty of locations he can appear at, though they change every match. Here’s where Lil Whip can be found:

He doesn’t move around the map like some NPCs. However, if you find him he’ll start throwing out Ice Cream for you to snack on. There are multiple different types, but they each do something unique.

Normal Ice Cream Restores health. Frozen Ice Cream will make you slide around with ice cubes on your feet and restore your health. Spicy Ice Cream increases your movement speed like hot peppers, and also restores your health. Guzzling ice cream functions similarly to Guzzle Juice, and restores health over time. If you’re lucky, you can get Lil Whip’s Special Serve, which restores both health and shield.

If all you were looking for is ice cream, then there are other places you can find them. For example, the many ice cream machines around the island will give you ice cream, as well as plenty of coolers in Rocky Reels.

However, don’t get too used to having them. Since this started with the beginning of No Sweat Summer, once the event ends, there’s a high likelihood that the ice cream cones are going to be removed from the game. As well as the challenges, like using a Boogie Bomb, and ringing a doorbell.