Forza Horizon 5 Best Starting Cars | Which to Use First 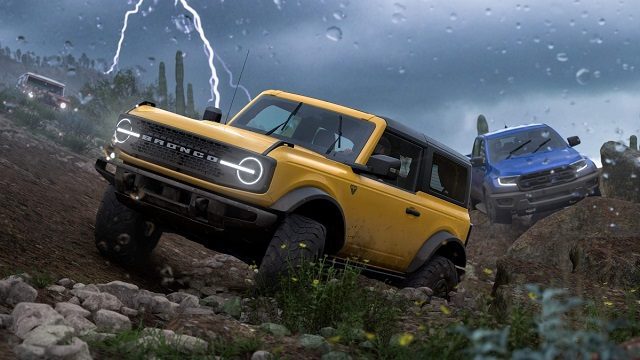 Forza Horizon 5 shipped with a massive selection of cars. Everything’s here, from modern roadsters like the Chevrolet Corvette Stingray Coupe to iconic classic cars like the DeLorean DMC-12 or the 1964 Impala Super Sport 409. FH5 has over 500 drivable cars; however, you will only get access to a couple of them at the very beginning of the game. Though the selection is small, these are arguably some of the best starting cars we’ve seen so far in the series. Keep reading to learn everything you need to know about them.

Which Starting Car Should You Use First? 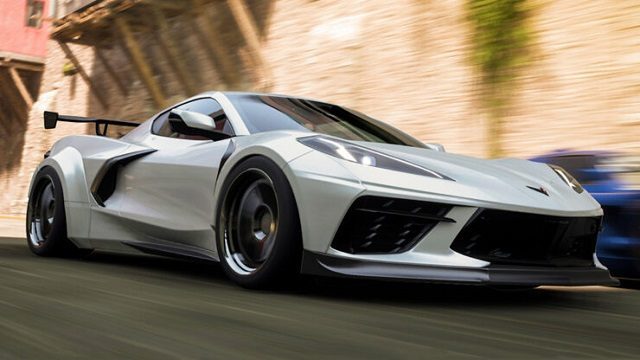 Forza Horizon 5 marks an interesting shift in the series when it comes to starting cars. Just like in some of the previous games, you still only get three starting cars to choose from. However, this time around the choice isn’t permanent. All three cars will be added to your garage and you can switch between them whenever you like.

The Forza Horizon 5 starter cars are the Ford Bronco, the Toyota GR Supra, and the Chevrolet Corvette Stingray Coupe. As is often the case with these things, each of these vehicles excels in a particular area, yet comes with its own pros and cons. Still, since these are some of the best starting cars we’ve seen in a while, there’s really no wrong choice between them. Let’s take a closer look at them.

Forza Horizon 5 offers a massive map with no less than 11 biomes to explore. You’ll often find yourself going off-road, and you’ll have a hard time relying on luxury cars in these scenarios. Luckily, you can always rely on the Bronco to help you traverse difficult terrain.

The Ford Bronco isn’t the strongest option when it comes to speed or looks, but it is the most reliable option for exploring FH5’s varied landscape. If you’re planning to participate in a lot of Offroad competitions at the start of the game, the Bronco is your best choice.

In addition to having the best Offroad stat out of the three starting vehicles, the Ford Bronco also has great Acceleration, and its Speed stat isn’t all that terrible either.

Next up you have the Toyota GR Supra, a powerful car with rear-wheel-drive and a front engine. Not to mention a very beautiful design. The real-life Supra was designed as a “sports car in its purest form” and the in-game variant is no different.

A lot of Japanese cars excel at drifting but the Supra does it better than most. So if you happen to be a big fan of drifting, the Toyota GR Supra should be your go-to car at the start of the game. And for quite a while afterward, too.

The Supra’s stats are a bit weak in certain departments but the car more than makes up for that with great Speed and Handling. You can of course upgrade the vehicle to make it more well-rounded but it’s worth keeping in mind that this is a very specialized car. And it already performs well in the type of racing competitions it was designed for.

A truly glorious-looking vehicle, the 2020 Chevrolet Corvette Stingray Coupe is one of the best starting cars we’ve ever seen in a Forza Horizon game. Not only does it look stunning, but this Chevy also drives like an absolute beast.

The Stingray Coupe is all about speed and power. You’ll get a sense of that pretty early on in the game as you’ll be able to drive the car in the introduction. That’s just a small taste, however. You’ll get a chance to really put it through its paces while checking out the free-roam mode.

The Chevrolet Corvette Stingray Coupe has easily the best overall stats out of the three starting cars. Its top speed is a bit lower compared to the Supra, but you can make it go a lot faster by simply installing a couple of upgrades. The only weak stat is Offroad, but that shouldn’t be too surprising. If you want to go off road you’ll definitely want to take the Bronco instead anyway.

If you enjoyed this Forza Horizon 5 guide, don’t hesitate to check out some of our other helpful tips: