Getting dropped into a random location on planet Earth and being expected to pinpoint it on a map using just the clues in your immediate vicinity seems like a pretty daunting task. Truth be told, it is, but it’s far from impossible. There are nearly 200 countries on planet Earth, yet with just a few small clues in GeoGuessr, it’s possible to narrow down the possible countries to just a few, sometimes even one. These GeoGuessr tips will introduce you to some tips that should help you get started with doing exactly that.

In the bottom left corner of your screen, you will see a compass. This is tremendously useful, provided you can see the sun. By centering the sun in your screen and taking a look at your compass, you can quite easily determine which hemisphere you’re in. If the sun is south of you, you must be in the northern hemisphere. If it’s north of you, you’re in the south. This allows you to rule out half of the entire planet almost immediately.

Depending on how far north/south it is, you can also make a good guess as to how far north/south you are. If the sun is nearly set, for example, it will be more southwest the more north you are. If you are near the equator, the sun will seem almost perfectly west of you. The compass and sun alone can help you narrow down your latitude, which is immeasurably useful in optimizing your score.

Not all countries in the world have StreetView coverage. In fact, most of Central America, African and Asia don’t, so when you have a round where you think you’re in one of these regions, you can narrow down the possible countries a lot. Below is a map of all countries with StreetView coverage. Do note that there are locations that don’t use the Google Street Car, but instead use cameras on tripods. These can be found in countries that aren’t blue in the map below, but they are quite rare and usually at fairly recognizable landmarks. 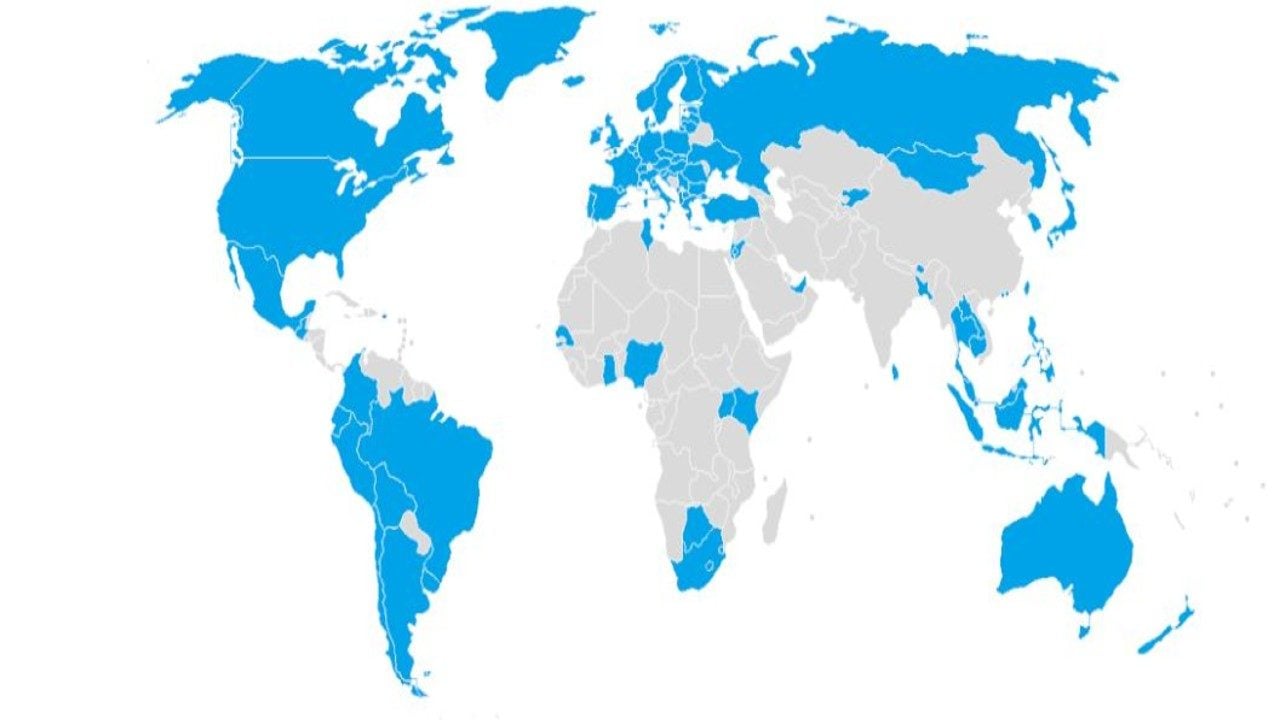 Despite license plates being blurred, you can usually still distinguish their color and outstanding features, and there are some to look out for. License plates are particularly useful in Europe, where countries are often the most difficult to distinguish:

License plates aren’t too useful in the Americas. Most South American countries have standard white-on-black plates, though Colombia has a fair amount of yellow ones. Argentinian plates also have a distinguishable black circle in the center of their plates that can be useful. Past that, license plates won’t be too useful to you in South America. In North America, they vary by state and province, and lots of people drive outside their home state/province, so you end up with a fairly diverse array of plates around you often. Because of this, I’d look for other clues, such as highway markers, when trying to figure out where in the US/Canada you are.

In Asia, license plates are very helpful. Black license plate with three white lines? Indonesia. Black license plate with two white lines? Malaysia. The Philippines have distinct green plates, Bhutan has red plates and Laos has yellow plates, as does Israel. Kyrgyzstan has a red stripe on the left, and Sri Lankan plates are white in the front, yellow in the back. Other Asian countries, such as Thailand, Japan or Singapore tend to have fairly mixed arrays of plates.

Getting these basics down is imperative for your success with the game. With these basic GeoGuessr tips alone, you should be able to significantly narrow your scope of possible regions per round and really drive up your scores. Of course, there is much more needed to master the game: Languages, climates, forestation and meta-strats to name a few, are all things worth looking into once you’ve got the fundamentals perfected, if you’re striving to be a top player.