Ghost of Tsushima Common Courtesy Trophy | How to Unlock 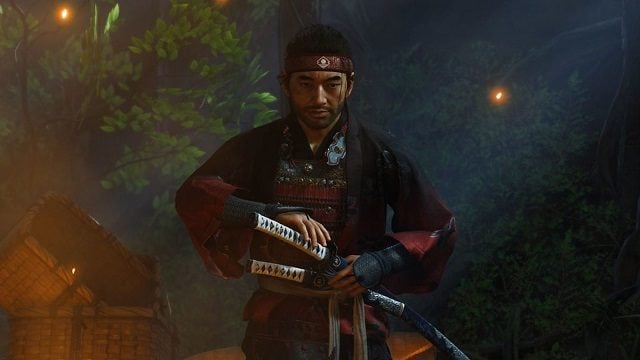 Sucker Punch’s award-winning action-adventure game Ghost of Tsushima received a fantastic new DLC last month. Known as Iki Island, the DLC introduced a bunch of fresh content alongside several new trophies. Arguably one of the most challenging new trophies to obtain goes by the name Common Courtesy, and it requires you to complete all the Unwritten Tales scattered around Iki Island. Just as their name indicates, these tales are easy to miss if you don’t know where to look. Follow the guide below to learn how to complete all of them and unlock the Common Courtesy Trophy in Ghost of Tsushima.

How to Unlock the Common Courtesy Trophy

The Iki Island DLC introduced a total of six new Unwritten Tales. These side activities won’t be marked on your map, and they won’t show up in your journal, either. All Unwritten Tales become available as soon as you step foot on the island. There’s no need to progress the story in order to unlock them, but you do need to complete at least the first act of Ghost of Tsushima to be able to access the island itself.

Head over to the northern tip of the map to find the remains of the ship Jin used to reach Iki Island. Sift through the wreckage until you find the corpse of the ship’s captain. Interact with the remains to trigger a short cutscene and complete the first Unwritten Tale.

For the next tale, you’ll want to head over just south of Old Gambler’s Wood where you’ll meet a beekeeper. The NPC tells you he has been having trouble with the Mongols and asks for your help. A dozen or so Mongols show up as soon as you finish the conversation, so be prepared to dispatch them. Talk to the beekeeper again to complete the tale.

#3 – Help Kodama at the Burned House

Your next order of business is to visit the burned house found north of Senjo Gorge and east of Lake Nagata. There, you will find a banner you can interact with to start a cutscene involving a woman named Kodama. Follow Kodama until she points you to a location with purple-leafed trees where you will have to use the Survey action. Next, head inside the forest to find a group of Mongols hiding among the trees. Defeat them and then return to the burned house to collect the reward Kodama left for you. You are now about halfway done with unlocking the Common Courtesy achievement.

#4 – Rescue the Peasants at the Lake

The fourth Unwritten Tale also involves fighting Mongols. This time around, you’ll need to go to the lake at Buddha’s Footprints. This location can be found in the southern part of Iki Island. There, you will find some Mongols attempting to drown a group of peasants. Do away with the Mongols to rescue the peasants and complete the tale.

Ghost of Tsushima features a number of archery challenges, but this one is a bit more special since it doesn’t show up on the map. However, you can easily find it by visiting the Raider Memorial located further south of Buddha’s Footprints where you rescued the peasants earlier. Another thing that makes the challenge stand out is the fact that you’ll need to be wearing Tadayori’s Armor to get it to trigger. With the right armor equipped, speak with the NPC next to the bow rack to begin the archery challenge. You’ll need to get at least a bronze rating to beat the challenge and complete the tale.

This last tale is a bit tricky as it requires you to have played Legends Mode, Ghost of Tsushima’s online multiplayer component. Not just that but you need to complete the entire Legends Mode storyline to get the correct conversation to spawn. If you already played through Legends Mode, head over past Yahata Forest to find an NPC called Uta sitting in a hut. Speaking with her will trigger a conversation about Gyozen and the Legend of the Fire Spirits. Speak with her a second time immediately afterward to receive a White Kitsune Mask and complete the tale. If you did everything correctly, you should now have the Common Courtesy Trophy unlocked. Congratulations!

If you enjoyed this Ghost of Tsushima guide, make sure to check out some of our other guides down below.