Gods Will Fall Review | But Fall How Hard? 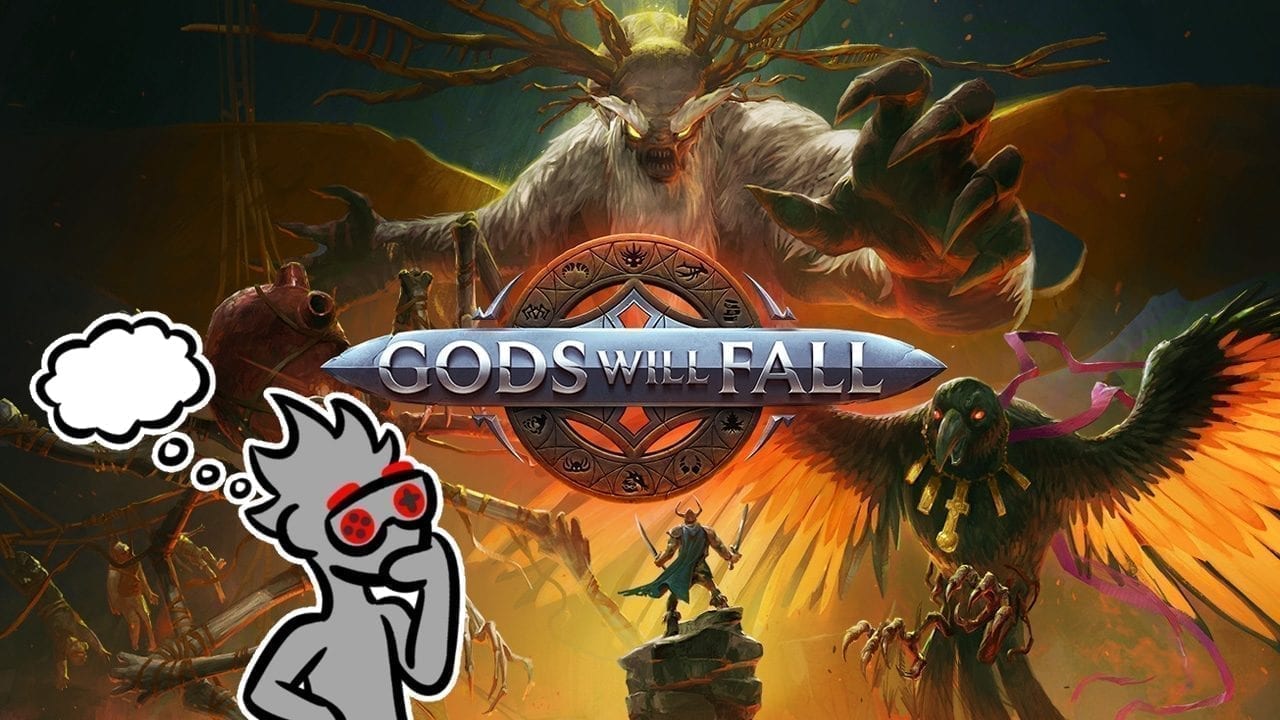 A common fantasy that every employee or subordinate has is overthrowing their boss. Whether the reason is power envy, personal disdain, or simply because they’re a jerk, people frequently think about replacing their superior. This may be underlying thought that went into the game Gods Will Fall by development team Clever Beans. Set in Celtic mythology, a group of thematically-animal gods create the world. However, they mistreat the faithful humans, who decide to take them all down one by one. It’s a pretty straightforward game with a degree of challenge that suffers in ways you hope the in-game gods will. However, all that effort doesn’t necessarily result in any form of catharsis.

Why Must They Fall and How?

It feels like most games about mythology incorporate gods and people being angry with the other. In Gods Will Fall, that’s pretty much the sentiment right from the start. A pantheon of gods uses their overwhelming powers to create the world. When humans eventually appear, the gods demand fealty and offerings as ‘thanks’ for allowing them to live in their creation. However, this doesn’t satisfy them, so they resort to sacrifices and simply taking what they want, regardless of whether it’s an offering or not. Out of fear and anger of their mistreatment, the humans rally together to revolt against their deities. Though they start off with a huge fleet of ships, the gods summon storms to stop them leaving only eight to fight. The stakes are up, the motivation is strong, and the prospect of humans destroying these wrathful beings drives us to play.

The best way to describe Gods Will Fall is as a bounty game: The gameplay centers around finding big bosses and defeating them. With a scenic camera to capture the warriors and the environment, it’s a hack-and-slash experience with some RNG elements. Each boss has a realm that a chosen warrior must traverse and reach the end in order to challenge them. Players can attempt to clear a realm as many times as they have warriors, collecting any items they find to give them an edge. If a player loses all their warriors to defeat or death, it’s game over and they’ve got to start a new adventure. 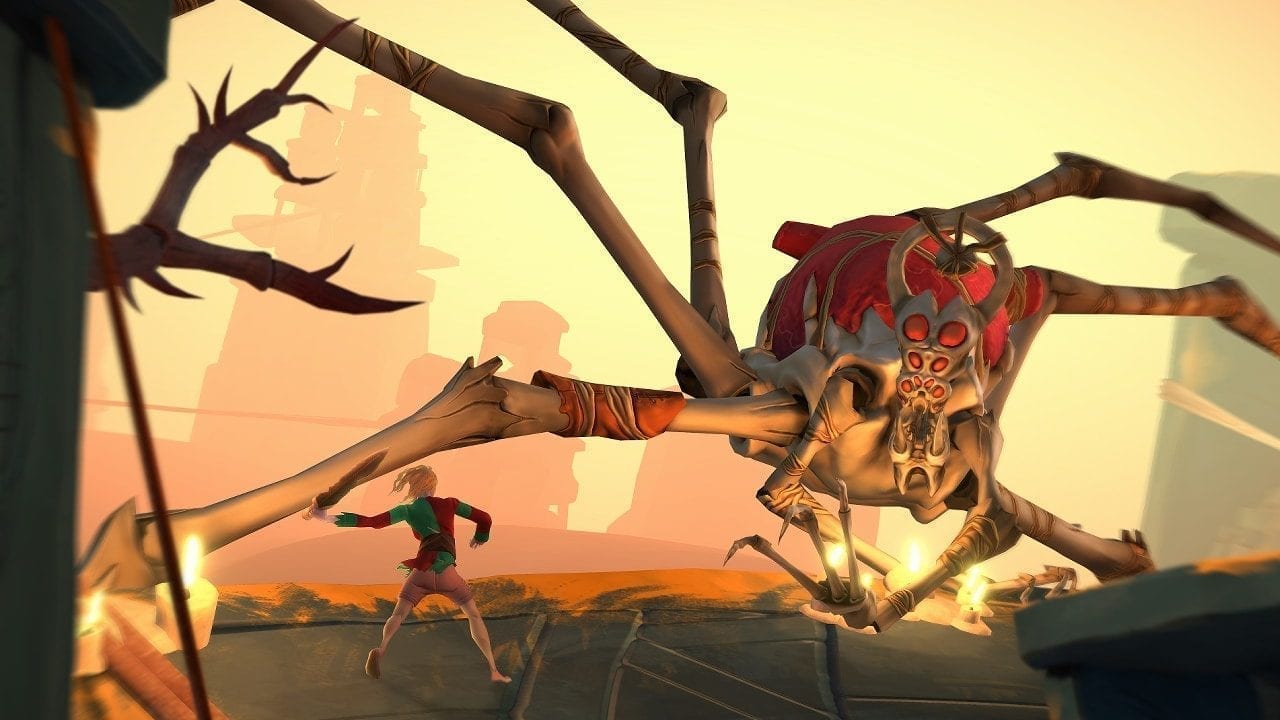 Many consider gods to be divine beings, but that doesn’t mean they don’t have to earn that label. Gods Will Fall has many divine moments that make the game shine. One of the brightest is the overall pace of the experience. Despite the epic and grand nature of the story, the huge scope doesn’t interrupt the flow very much. Considering that many mythology-type games tend overwhelm players with lore, it’s refreshing to come across one that’s more lax. Aside from the main story, there isn’t a lot of narrative to go on, which isn’t a bad thing. The game’s focus is gameplay, but you still learn more about world as you play.

Another divine light shines on the gods’ themes. While this game does include classics like a Nature and Water theme, there are also some obscure ones. Birth, Bones, and Feast are just some of the more creative themes out there. On top of that, most of the gods look very distinct from each other with memorable designs. The layouts and appearances of their realms also work to complement them. Each god’s level feels different in presentation and mechanics, giving you the sense that you’re stepping into their personal domain.

The replayability aspect of this game also deserves praise. The main focus of the RNG is in your party of heroes. Each play-through starts you off with a different group of eight fighters, each with different stats, appearances and weapons. Due to the nature of the game, it’s normal to have to play through multiple times. You can also leave behind items for future parties which can change up your strategy. 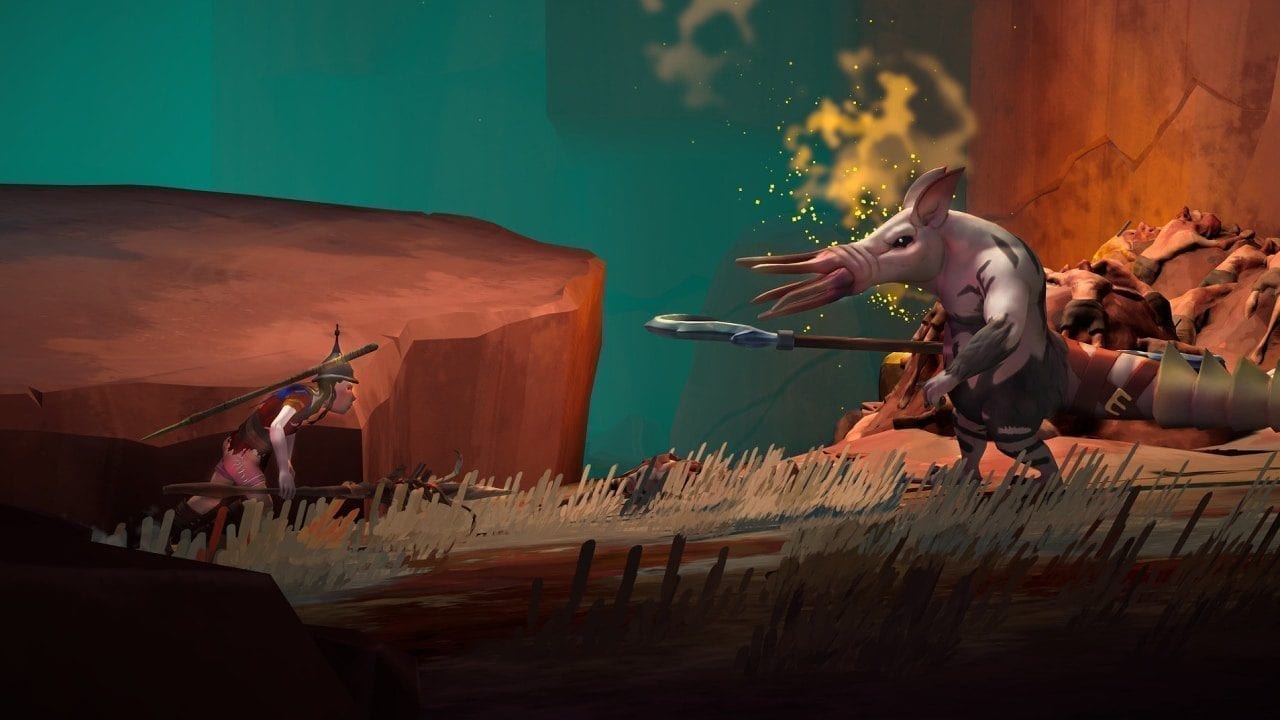 As everyone knows, divine god stories don’t always draw the same attention as wrathful ones. Unfortunately, this wrath leads to some omens in the performance of Gods Will Fall. The first problem involves the game’s loot and rewards system. After playing this game thoroughly, I still don’t know how it works. On one occasion, I beat a level with the first warrior and got a cache of beginner weapons. In contrast, another level took me three warriors to beat and rewarded me a near-perfect weapon along with other strong weapons. There doesn’t seem to be a link between rewards and runtime, nor kills or warriors lost, so there’s no point trying to earn them.

Then there’s the huge imbalance between the warrior types. They come in three sizes: Small, medium and large. To cut to the chase, large warriors are pointless. Unless they have a huge amount of strength or health, there’s no reason to use them. Speed is everything, and large warriors are almost always painfully slow even while attacking. This also applies to weapons which come in light, medium, or heavy. Heavy weapons are frustratingly tricky to use effectively, even if the warrior wielding it is fast. Basically, large warriors with heavy weapons are useful only for level fodder.

Then there’s the difficulty of the gods and their realms. The start of the game encourages you to identify which gods are strongest and most vulnerable. However, it’s more accurate to say that you should identify which enemies are the toughest. The reason is that unless you have stronger weapons by the time you get to the later levels, enemies will destroy you. Gods are not nearly as dangerous. It’s possible, albeit longer, to defeat each god with a beginner weapon. Also, each god is vulnerable to the run-up-into-them-and-mash-the-attack-button-until-dead strategy.

Yet another issue arises with the game’s overworld. The problem is that there’s nothing to complain about, because there’s simply nothing there. The hub is tediously big despite having nothing to do. There are no NPCs, no secrets, no hidden loot or anything of real interest. The game’s structure is most reminiscent of Mega Man, but in that game you can pick which boss you want to fight from simple menu. Besides, since there is an established progression, the concept of being able to choose which boss to fight first is kind of wasted. 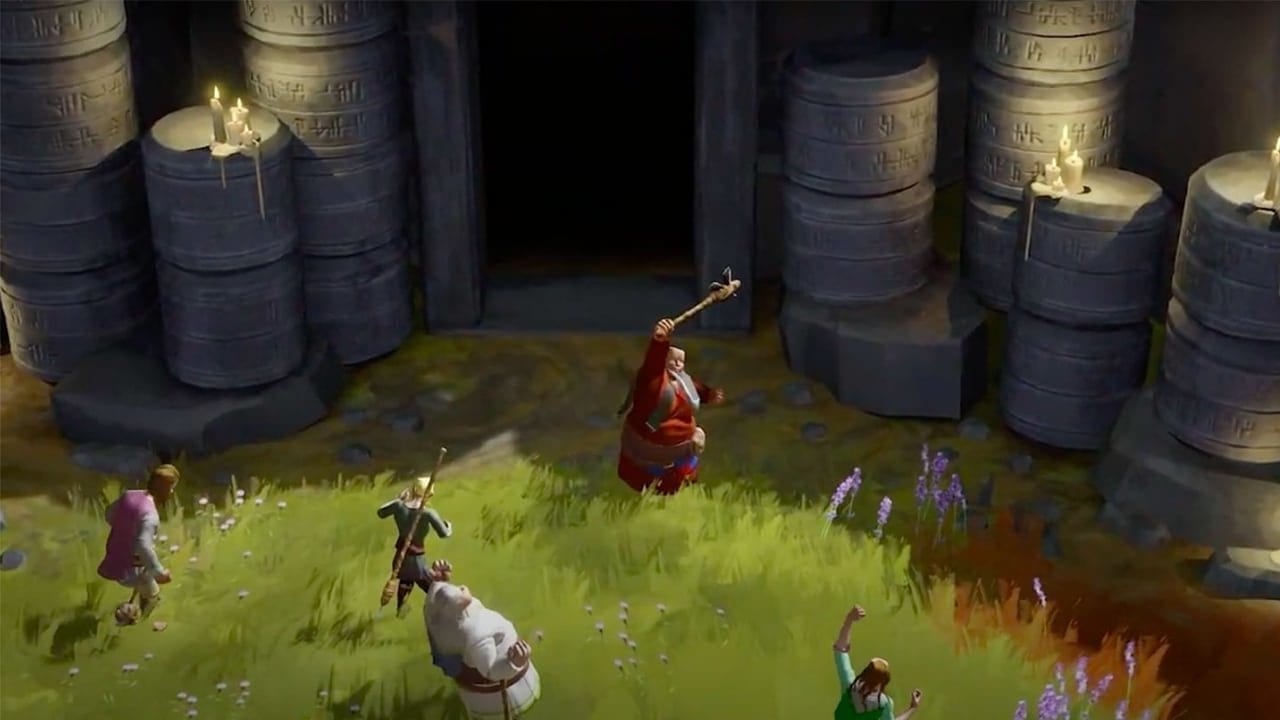 This type of game makes me sad, because it’s the type of game I really want to like. The concept is cool, and boss-centric games can be both challenging and entertaining. Games like Cuphead and Titan Souls show just how to make this genre pop. The issue here is that there are many poor design choices and imbalances that drag the overall experience down. Considering how small the game is, it’s ripe for mods, updates, and even DLC if Clever Beans is up to it. Unfortunately for now, all that potential seems to be going to waste.

This review is based on a PS4 code provided by the publisher. Gods Will Fall is available January 29 on PC, PlayStation 4, Xbox One, Nintendo Switch, and Google Stadia.