Gods Will Fall | Why Speedrunners Will Love It 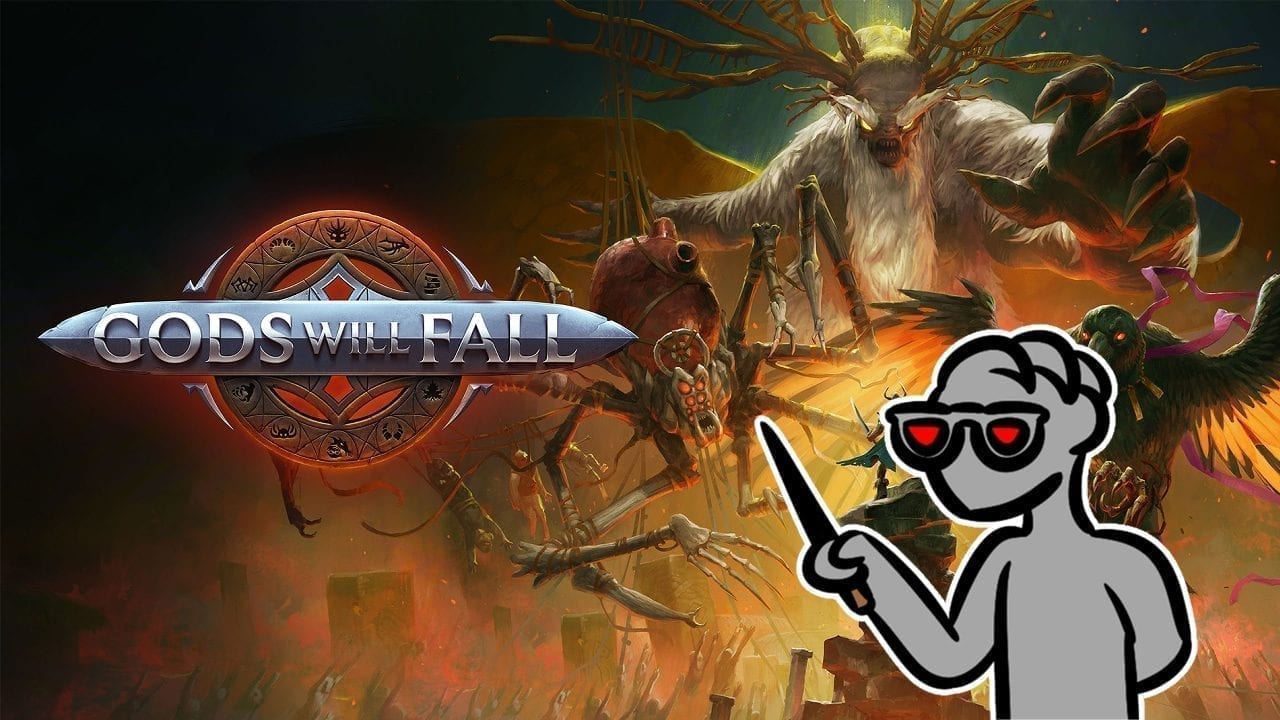 If you read our review of Gods Will Fall, you may be under the impression that we don’t like the game very much. Even though it’s hard to overlook all the problems the game has, there’s still potential for improvement and hope in other communities. Looking at the structure and layout of the design, it’s easy to see that title may have a place in the speedrunning community. While some of the most popular games there are classics like Super Mario 64 and Goldeneye 007, there’s always room for more. The challenge is seeing whether a game is feasible to speedrun and master through strategy and reliability. Let’s see if Gods Will Fall fits the criteria.

A Brief on Speedrunning and Categories 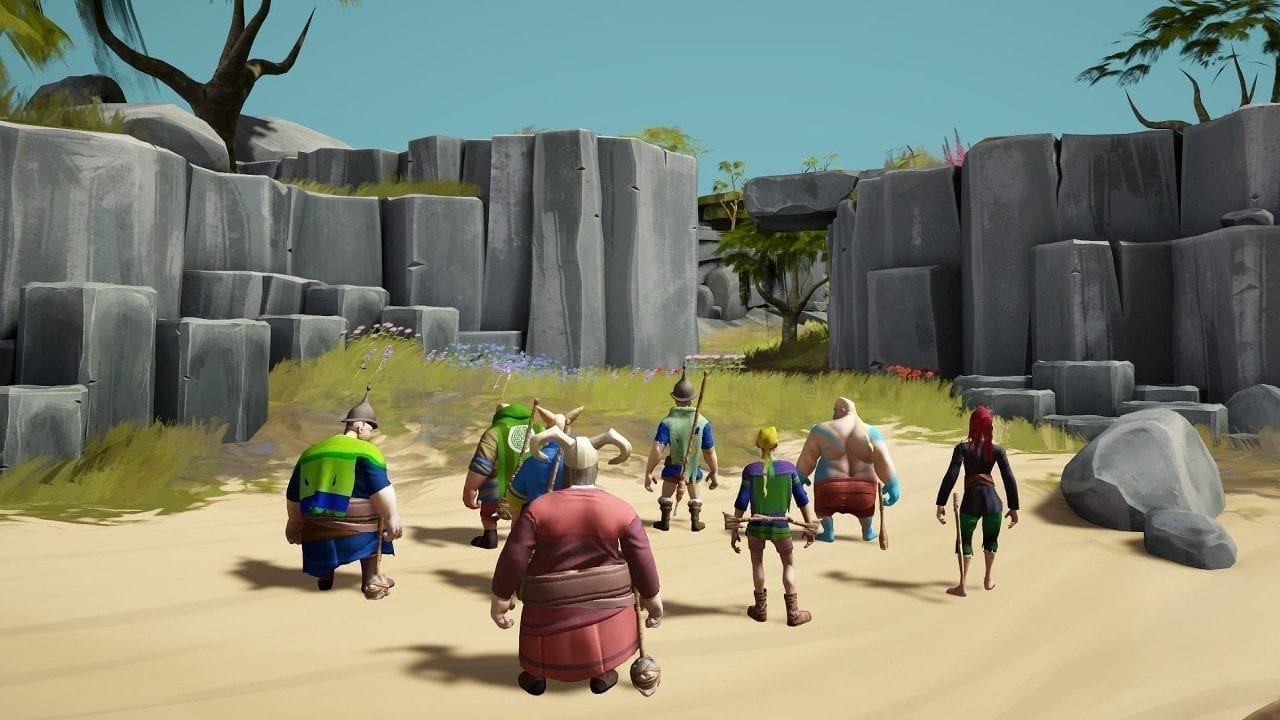 To put it simply, speedrunning is the act of beating a game as quickly as possible. Depending on the type of speedrun, different rules can come into play. The main constant throughout the community is that cheating, by using codes or editing, will not be tolerated. Although speedrunning has a variety of different categories, here’s a list of the most common and how each relates to Gods Will Fall.

This category asks speed-runners to beat the game as intended. This does not allow the use of glitches or exploits in order to skip portions of the game. There are competitions for both beating the main story and 100% completing the game. Every game is eligible for this category, and so is Gods Will Fall.

As the name suggests, this category requires speedrunners to complete the game without hurting any enemies. While this is a reasonable challenge, for many games it is almost impossible without the use of glitches. This is due to the fact that games will often lock players into encounters with enemies that they need to defeat in order to progress. Since Gods Will Fall literally revolves around killing the titular gods, the game has no chance in this category without the discovery of glitches.

Glitches play quite an important role in speedrunning which warrants their own category. Essentially, players may use any glitches or exploits (found within the game) to beat it as fast as they can. This leads to some very impressive runs in which players are able to finish long-form games in a manner a minutes. Gods Will Fall is still quite new and ripe for bug-hunters to find ways to blast through it.

On that note, let’s move onto the qualities that make Gods Will Fall a fair speedrunning option. 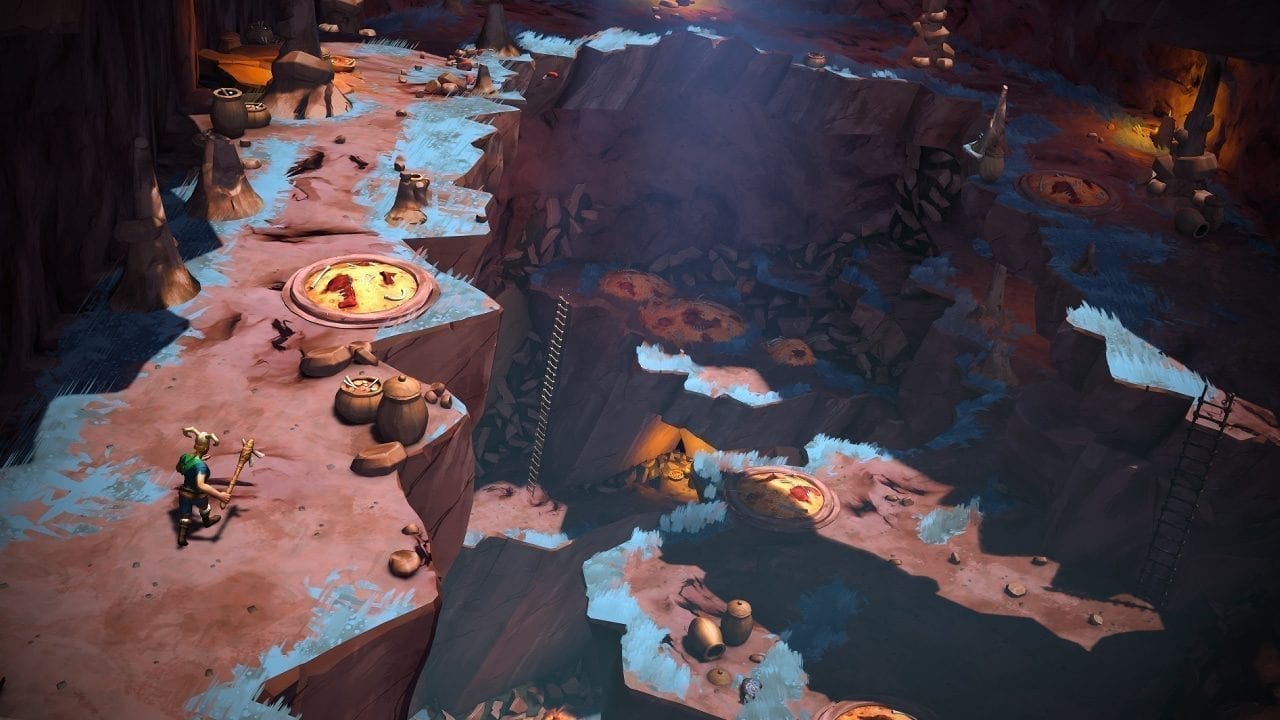 A general consensus around speedrunners is that the less RNG, the better. Because of this, rogue-like and rogue-lite games frequently don’t make it into the running. The more of a game’s design that is predictable, the easier a time players will have planning their strategy.

Gods Will Fall consists of an over-world and 10 separate levels that each end with a boss fight. Many elements of the game, such as the length and permadeath, encourage more than one play-through. However, the environments are the same every single time. The over-world is always the same and the levels are always in the same locations. The levels also always have the same layout, which makes them perfect for optimization. By playing and exploring, players will quickly discover all the need to make the optimal route. In order to do this, multiple factors will need to be taken into account.

The optimization factors include determining the shortest levels, number of enemies per level and boss patterns. With all these in place, players will soon be sharing their strategies and discoveries as they aim for the perfect run. 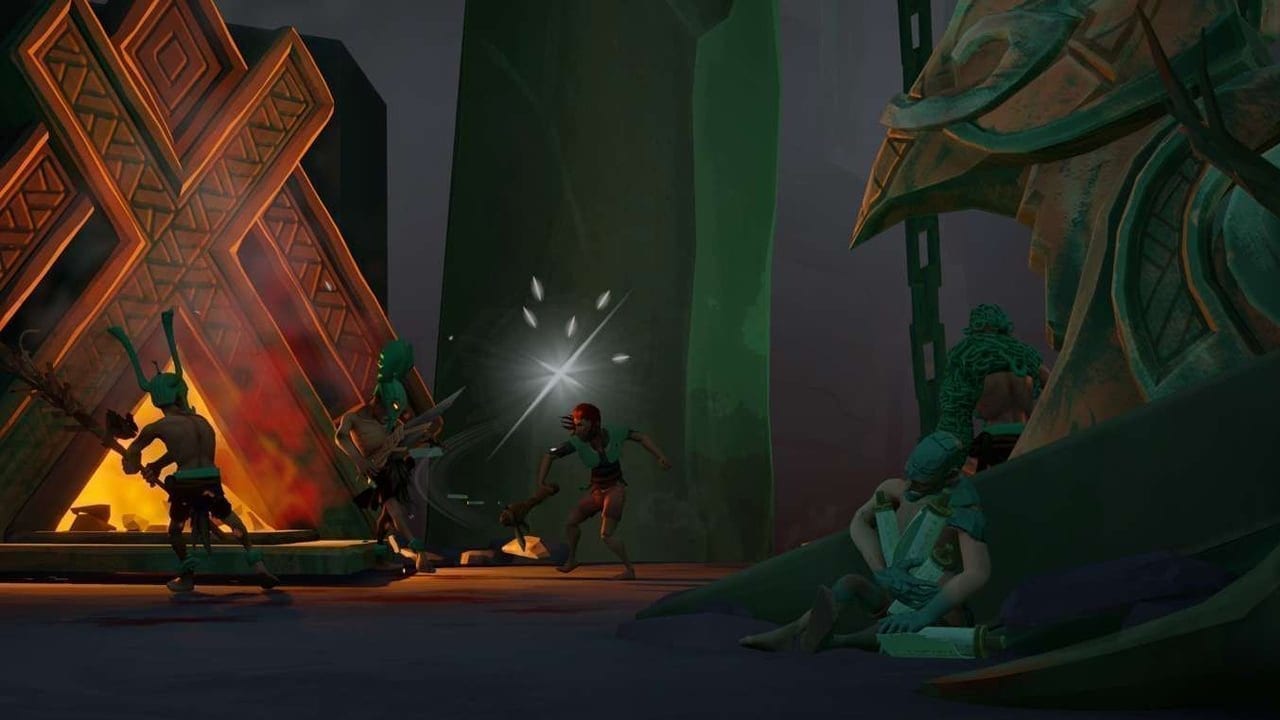 Despite the speedrunning tendency to avoid RNG whenever able, there are some that are more controllable than others. In the case of Gods Will Fall, there are several RNG aspects that may throw a wrench in speed-running plans.

The first are the types of warriors players will receive when they start the game. Each play-through guarantees starting with eight characters, but everything else about them is random. This includes their stats, starting weapons and relationships with both the gods and each other. However, the party is generally balanced between fast and strong fighters with a variety of weapons. While this can be an issue, players may restart as often as they want until they get a more preferable loadout.

The second is the loot and reward system. Discussed in our review, there doesn’t seem to be any rhyme or reason to how it works. Items can appear in random locations in dungeons or not at all, and there’s no way to tell what an item is until after you collect it. Players can only find better-quality weapons by completing a level, and there’s no guarantee that they’ll be better than the ones they currently have. However, there are two things in the game that can help mitigate this.

One of them is a feature known as Munloch’s Well. Sitting in the center of the over-world, the well can receive as many non-weapon items as the players can put in. It has a one-time use that allows players to make use of those items in future runs. The second feature is an NPC named the Barrow Hag. By presenting a certain item and sacrificing a warrior, players can receive better-quality weapons without needing to defeat a god. The issue with this is that the both the certain item and warrior sacrifice happen at random.

Mastering these elements will be the biggest challenge that potential speedrunners will need to overcome. 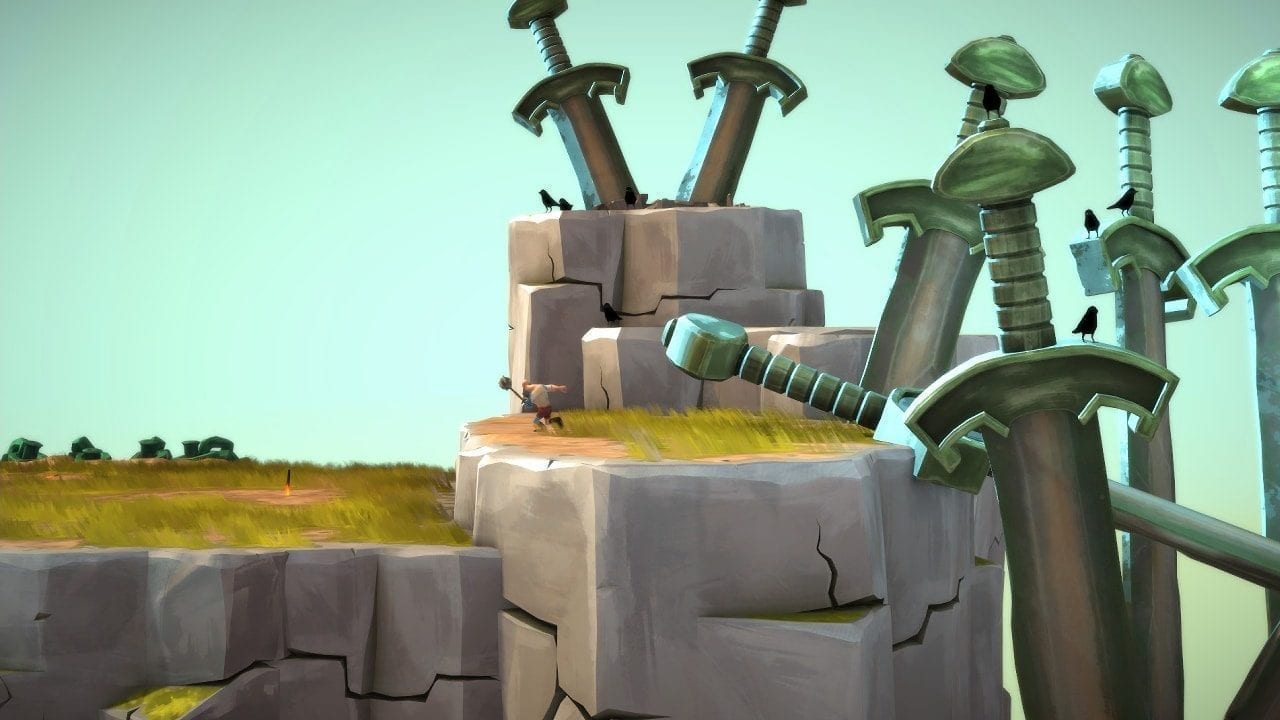 Barely a week old, Gods Will Fall is still making its rounds among the gaming community. It can work as a casual experience as well as an intensive optimization projects. All the elements are there for this game create a buzz in the speedrunning community.

There’s a strong possibility that we’ll soon be seeing plenty of videos of players racing through and discovering new things about the game. Gods Will Fall is still finding its legs, and it won’t be long before players learn how to sprint on them.