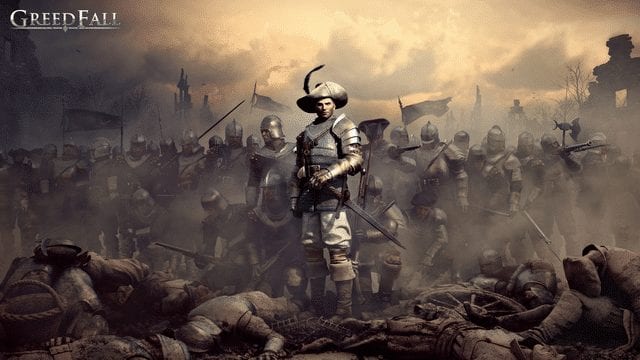 Greedfall is a game that features an unorthodox blend of elements. It combines aspects of fantasy with a premise that feels historical. It mixes real-time, 3rd person combat with dashes of turn-based strategizing. Above all, it goes about traditional mechanics in a non-traditional form. The end result is a game that feels new, yet also familiar. Greedfall provides a rewarding and challenging experience for players. Don your plague masks, ready up your magical abilities, and pull on your doublet, we’re diving into a Greedfall PC review.

New Sérène is Anything but Serene 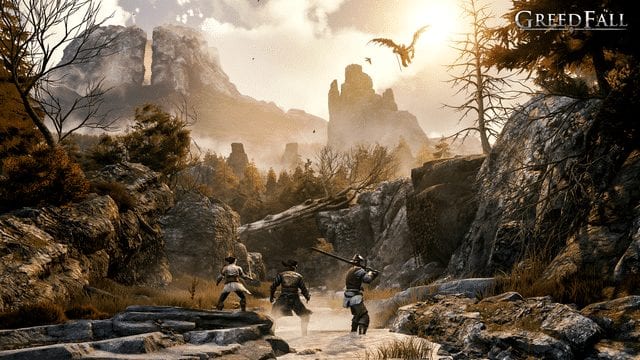 New, non-serialized games have become something of a rarity in recent times. It seems as though gamers are waiting for sequels upon sequels, demanding new features every year. It’s as though many developers are simply painting new coats on tired, old ideas. It’s refreshing when a studio takes a risk on something new.

Players first begin their Greedfall adventure in the port city of Sérène. This city is held by a nation known as the Congregation of Merchants, a largely neutral empire that seeks to maintain harmony among all others. It’s there that players create their characters.

As the game begins, a character customization screen appears. All of the standard RPG options are there; several presets, gender selection, and facial and hair features. It’s nothing spectacular, but it gets the job done. Additionally, players are prompted to select one of three classes: warrior, magic-user, or a blended technical.

After creating a character, Greedfall thrusts players into its unique world. As noted, players start in Sérène. Some further exposition reveals that the main character, the Legate of the Congregation of Merchants, is soon-to-leave for New Sérène on Teer Fradee, a strange and foreign island. Players have two primary motivations: peacefully and seamlessly assisting their cousin as the new governor, and finding a cure to the Malichor Plague.

Essentially, Sérène acts as a long-form tutorial. Take that quite literally, if players complete every side quest, they can expect this segment to last three or four hours alone. The tutorial on the mainland is an indicator of the scope of Greedfall. The world, while somewhat constrained, feels massive. Each city that players visit offers several quests, and the main quest isn’t exactly short-lived. Expect to spend around 40 hours on this game, depending on how many side quests seem interesting.

Forsaking spoilers, the setting and story are the components that make Greedfall feel fresh. The game blends colonial times with fantastical magical abilities and enemies of epic proportions. There’s nothing that compares to using flintlocks and energy blasts interchangeably. It feels like a real-world historical game, at least until a forest creature lets off a bolt of lightning.

Mechanics, From Muskets to Magic 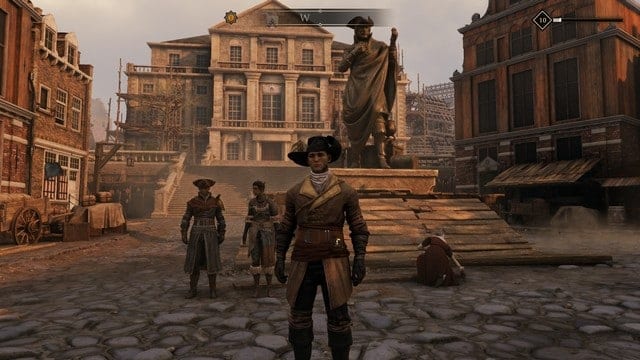 As every gamer knows, gameplay mechanics define the game. Greedfall’s gameplay rests on two separate structures: combat and dialogue. There’s not much in the way of puzzle-solving, and there’s definitely not much platforming. Instead, players fight or talk their way into and out of almost every situation. In some instances, players have to search for specific items that advance a quest, or simply make an objective easier. It’s mostly gabbing and jabbing though.

Greedfall’s gameplay relies upon skills, attributes, and talents. These unlock crafting proficiencies, weapon capabilities, and player abilities. At first, the advancement trees for each category feel like something out of mainstream fantasy RPGs. They’re nowhere near as forgiving, however. It’s incredibly important to be deliberate with picking skills, attributes, and talents. There is a chance to reassign points after leaving Sérène though. Make it count.

Once players have sorted out which skills they want, their choices become reflected in combat. Combat ranges from awe-inspiring to tedious. There are several bosses scattered throughout the game, each one boasting an impressive and varied move set. There’s little indication of when a showdown with a boss will take place, adding to the atmosphere of exploring an uncharted island.

Unfortunately, there are plenty of weaker enemies that become repetitive. This is remedied by the companion AI though. See, in Greedfall, players can have multiple companions on their quests, but they aren’t just pack mules. Greedfall’s companion AI is astonishingly robust, feeling organic and useful.

Combat in Greedfall is altogether satisfying. It depends on a system of timing and dodging. Consequently, each battle takes on a distinguishing rhythm. There are multiple abilities and attacks available from the beginning, and many more to unlock throughout the course of the adventure. 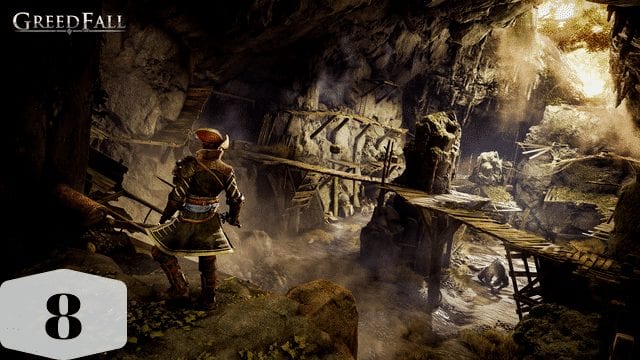 Greedfall is an excellent game. It’s filled with content, so much so that it feels like a triple-A title. However, in spite of the things it does right, there are a few bugs and design choices that feel a little jarring. Considering the magnitude of the game, coupled with the relative obscurity of its development team, these minor hiccups are mostly excusable.

As mentioned above, there are a few dialogue bugs throughout the game. They include unintended loops in dialogue choices and misspellings. The misspellings also translate to HUD menus and the like.

In addition to the dialogue bugs, the world design is a point of very minor contention. Greedfall is a pseudo-open world, with loading screens and invisible walls between areas. This translates to a very on-rails experience. It’s not the RPG experience many modern gamers are used to, but it’s an enjoyable one nonetheless.

On a conclusive note, Greedfall is a breath of fresh air. The story is thrilling all the way through, and the combat system shines most times. While there are some bugs scattered throughout, they’re easily overlooked as the game unfolds. Overall, this Greedfall PC review gives it an 8 out of 10. It’s superb, even if it’s a tiny bit unpolished.