Grounded Shroombricks | How to Make 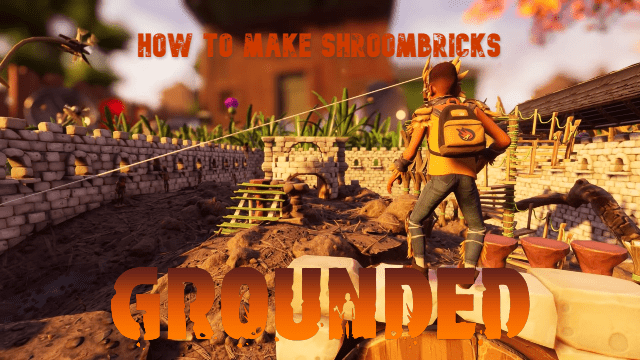 Establishing a strong base in Grounded is vital to your survival. Thanks to the big Shroom and Doom update, players have more building options to dive into it. With mushroom-based construction, you can finally move on from hiding behind fixed grass. The better builds come from the formation of shroombricks, which you can craft with just a few steps. Keep reaching onward to see how you make your own stash of sturdy mushroom bricks.

How to Make Shroombricks in Grounded 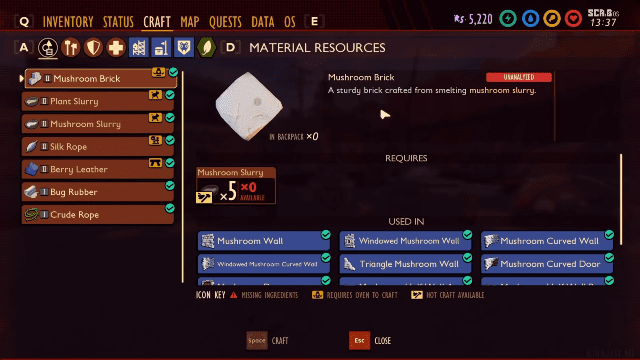 In order to craft shroombricks, you’ll need a great number of mushroom slurries that will be thrown into the oven. The broken-down slurries are then cooked into firm bricks of mushroom. Crafting the bricks is pretty simple since you’ll only need a Grinder, Oven, and plenty of mushrooms. You might have to do some running around first, but it’ll be worthwhile when you start your next home base.

At this point in the game’s development, you probably have a loose-and-leafy grass base with all of your stations. It may have been your first home, but it’s time for an upgrade. With shroombricks, you can actually put up a sturdy castle that evidently lasts a lot longer than a grassy house. But before you can do that, you’re going to need both the Grinder and Oven. The recipe for the Grinder is Crow Feather Pieces (x2), Acorn Shells (x2), Flower Petals (x3), and Bombardier Parts (x5). For the Oven, you’ll need Clay (x1), Charcoal Chunk (x1), and Boiling Glands (x4).

The primary resource to collect here is the mushroom. If you’re planning on building something massive, make sure to chop down whatever toadstool you can find. Ultimately, you can simply just pick up mushroom pieces as you travel about the backyard. Once you’re satisfied with your collection, head back home and break down the mushrooms into the Grinder. Doing this will produce the mushroom slurry, which can be fed to Weevils in the hopes of taming them. But for this case, take your mushroom slurries and cook them into the Oven. In return, shroombricks will be at your disposal. Five Mushroom Slurry will generate the Mushroom Bricks, which of course are also called shroombricks by some of the game’s fans.

Finally, you can do your Research to unlock all of the recipes you can make with shroombricks. Most likely you’ll head to your Base Building section to check out all of the new structures. From there, you’re free to construct your new and hefty base. From dank walls and ceilings to a circular door ripped straight from The Hobbit, the options here will surely keep you busy until the next update.

Remember to cook as many slurries as you need for these shroombricks. They will be of great use against the many dangers that lurk in the backyard.