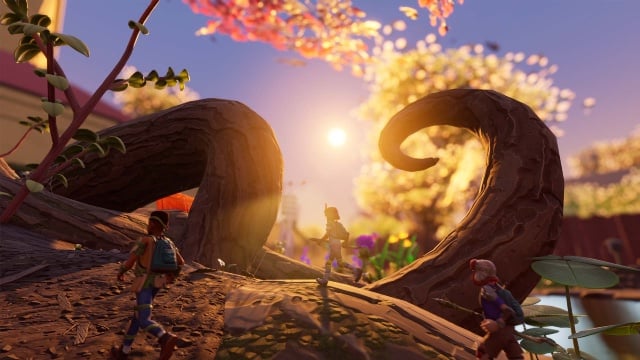 Obsidian Entertainment’s Grounded enters its second year of release in 2021, and there are no signs of it losing support. At today’s Xbox and Bethesda E3 conference, the Shroom and Doom update was announced, bringing an array of new features to the charming survival game.

The Shroom and Doom update emerged through a light-hearted and charming trailer at the E3 conference. It started by highlighting the nuances of the game so far, from the range of colorful bugs to the lovable, cartoonish aesthetics. The game centers around survival, as the player is shrunk to the size of a bug, and forced to survive among the grass and insects. This update is adding new layers of depth to the experience, with a range of new additions.

The first announcement is simple – players can now sit in chairs. Supposedly, fans have begged Obsidian to add in the ability to lounge around. Players can now take a break from scouring the world, able to chill in their homes for a much-needed breather. Next, players can now adopt pets. Of course, though, they’re all bugs, and there are no cats or dogs here. Mushrooms are a new block in the game, which you can break down for resources.

The most ominous reveal, however, is that of the Broodmother. Cited as ‘the thing literally no-one was asking for,’ she seems to be a giant, hulking spider. Armed with sharp pincers and beady red eyes, she shrieks and attacks, posing a real threat to players. The final new addition is achievements, meaning players can finally earn some Gamerscore while playing Grounded.

The Shroom and Doom update arrives in Grounded on June 30, 2021. Although not confirmed, it’s likely to be a free expansion, as the trailer doesn’t mention pricing. Not only does it add so many new features, but it proves Grounded looks set to stay popular for years to come.