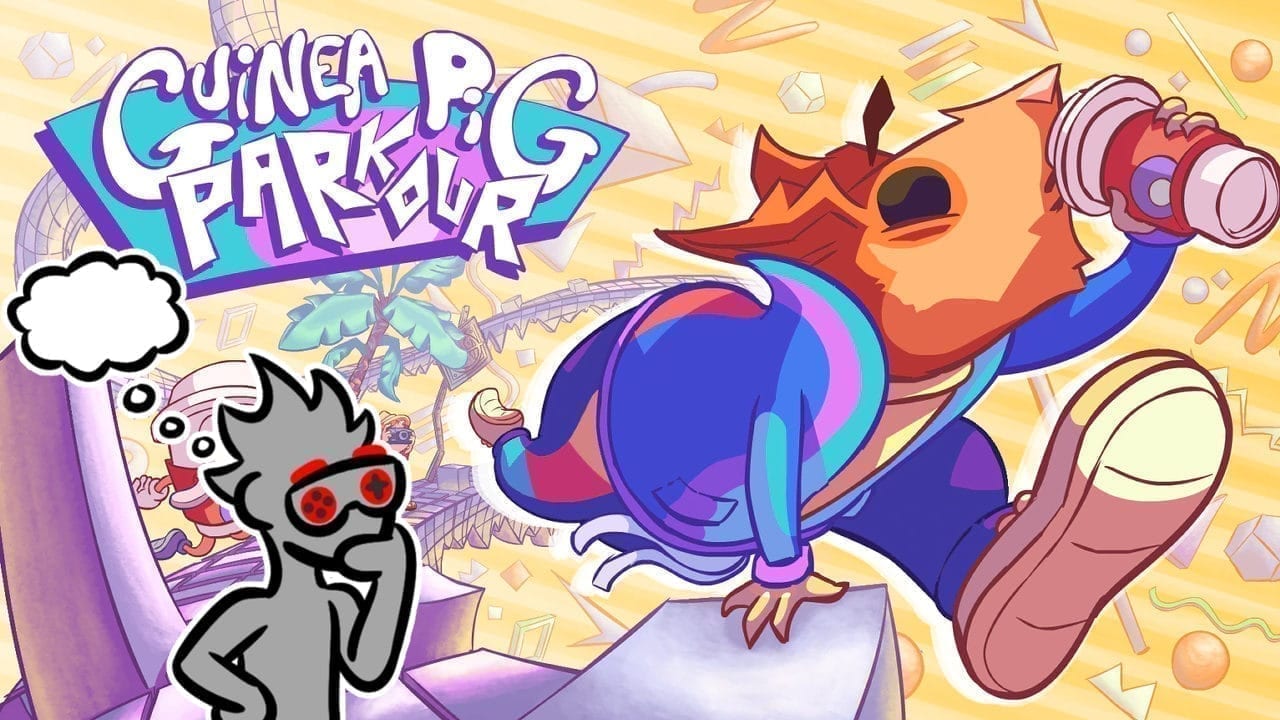 When it comes to athletics, there are plenty of animals to choose from for a mascot. You’ve got lions, tigers, and even bears to a degree. Because of this, it’s logical to think that guinea pigs would not be at the top of this list. That’s not the case for Jeff Mumm, the developer behind Guinea Pig Parkour. He found a guinea pig, gave him some coffee and a tracksuit, and built a series of obstacle courses. Now, ‘Joe’ must use his skills to placate his caffeine craving by collecting enough coffee beans to blast through the course. The Guinea Pig Parkour demo gives us a look into the life and moves of this energetic rodent…

Like many Saturday morning cartoons, the visuals are wild and wacky. As such, the story doesn’t need to make sense nor does it really need to exist. From what’s seen in the Guinea Pig Parkour demo, the game follows the journey of a guinea pig named Joe. Aside from being a natural parkour practitioner, Joe has a serious coffee fixation. Finding himself in various parkour playgrounds, Joe needs to collect enough coffee in order to escape to the next one. That’s pretty much all there’s to it and that’s plenty to get things moving. 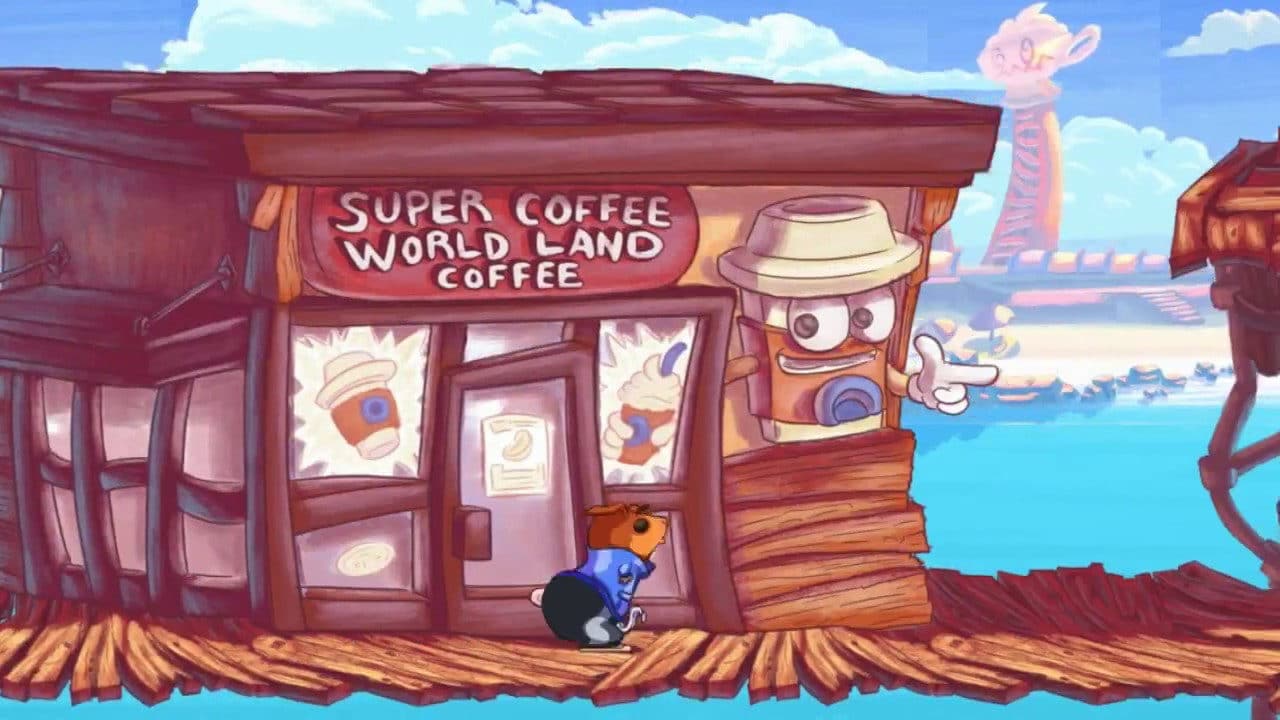 Like a good cup of coffee, the Guinea Pig Parkour demo has a nice blend of various things. Starting with the controls and movements, the game really captures the spirit of parkour. Joe can walk, run, jump, wall-run and jump, grab ledges, and vault over things to name a few moves. There is an overall smoothness and slight clumsiness to the execution which adds a lot to the experience. It feels good to move around and navigate all the different platforms and obstacles as you collect all the coffee products.

There’s also plenty of praise to be had for the visuals of the game. It looks and feels like a 90s cartoon with all the flair that comes with it. It seems Jeff poured a lot into the quirky and colorful animation of Joe and his world. As Joe moves, he squishes and stretches with every jump and point of contact. Just seeing Joe experience all this with such exaggeration makes you feel it as well. On top of that, it makes all the parkour look more natural and dynamic.

It’s also worth mentioning the overall feeling of the game. While the demo is essentially a safe place to play with a tutorial focus, it definitely creates casual atmosphere. While screenshots and other visuals imply that the full game will have more threats and obstacles, they’re all light-hearted at best. This is a game to play and have fun, whether progress is made or not. There’s a lot to be said for something that is both wacky and relaxing at the same time. The movement and animation is so smooth that repeating actions is a joy rather than a chore. 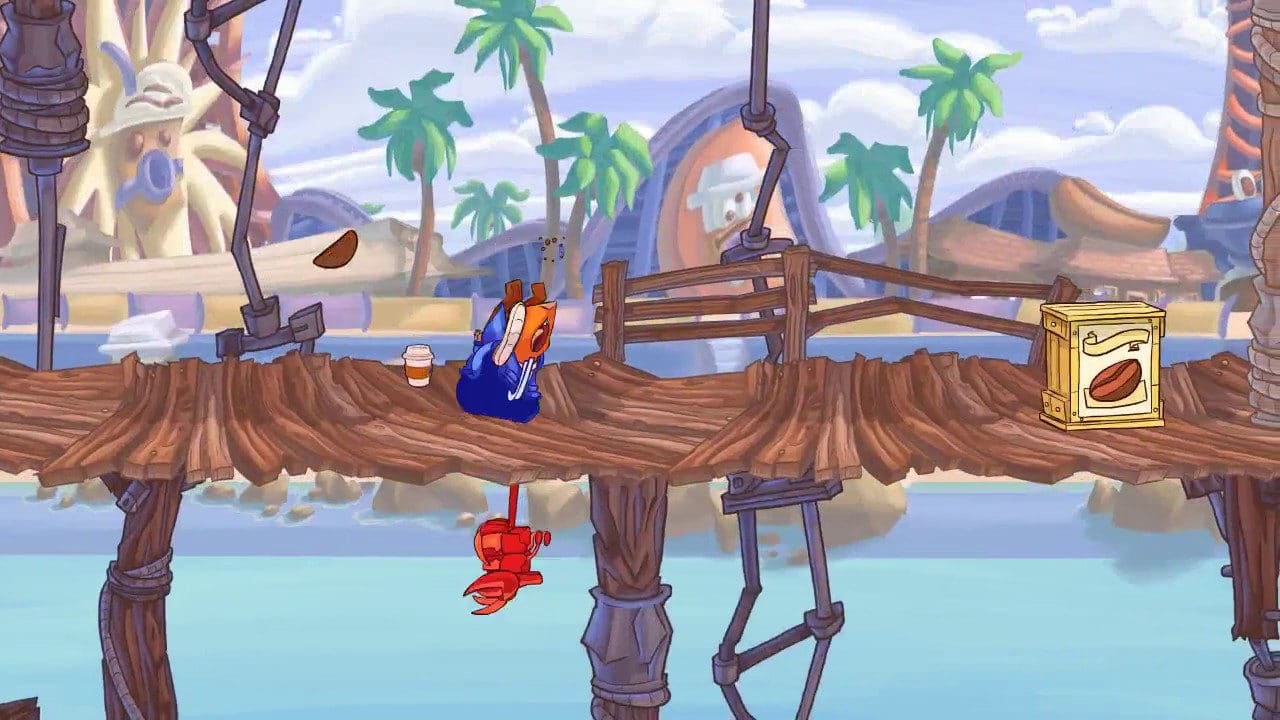 As harmless as cartoons can be, every series has its fair share of bad or unfunny episodes. While Guinea Pig Parkour holds up a lot by itself, there are some things bound to fall down. One of these things is Joe vs. the world around him. There’s plenty of color and life to be found everywhere, but the type of world in the Guinea Pig Parkour demo is a bit bland and empty. It’s likely that this is just an intro area, but it creates concern. If there’ll be more areas that are mostly empty geometric obstacle courses, the overall fun of the game might fall.

Finally, there’s the challenge of the game. So far, the biggest challenge seems to be navigation and maintaining control. There’s an overall sloppiness to Joe’s movements which is fine, but so far he doesn’t have much to overcome. It looks like enemies and environmental hazards may be on their way, but we don’t know about their variety or their degree of difficulty. The demo gives us plenty of time to master the movements and prepare for upcoming challenges assuming there’ll be some. 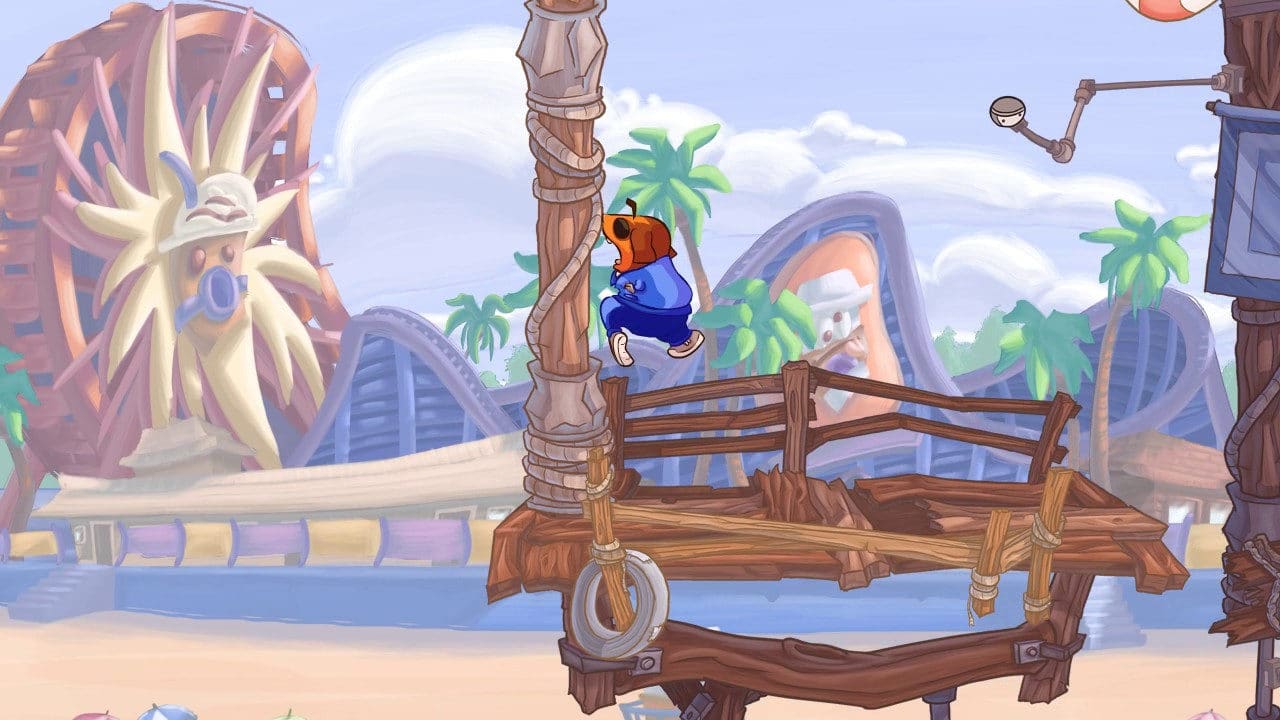 There were some doubts as to whether a guinea pig could do parkour and Jeff Mumm put them to rest. Joe from Guinea Pig Parkour can vault and roll with the best of them in an effort to stay caffeinated and active. He’s got all right moves and just needs more space and reasons to flex them. Keep an eye out for this one and maybe save it for a lazy Saturday morning.

If you’d like to try out the Guinea Pig Parkour demo, you can do so for free on Steam. The full game is currently set to release sometime in 2021.