Hades Charon Boss | How to Fight 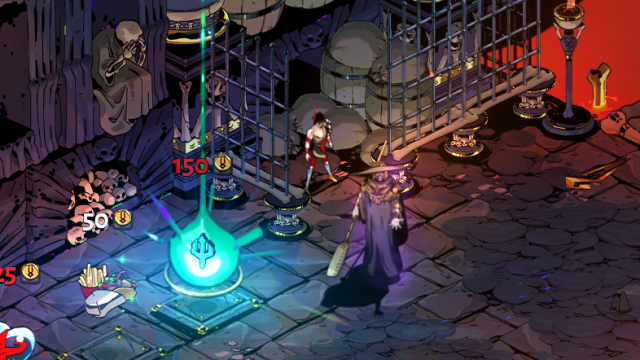 There are a lot of notable mythological figures in Hades. And you get to throw down with many of them! Whether they help Zag get stronger or stand in his way, the prince of hell will be meeting many helpful and harmful beings. One figure who is undoubtedly helpful is Charon, the guide of the dead and your shopkeep for your runs. However, there is a secret boss in the game, and he’s standing right in front of the store. How can we throw down with the Shipwright of Hades?

How to Fight Charon in Hades 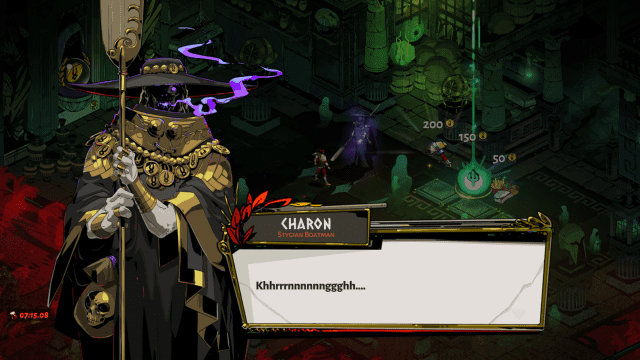 In order to fight Charon in Hades, you will need to find the gold bag in his store that says “Borrow 300 Obol.” The bag will only appear once you have taken down Hades at least once, and will never appear before a boss. Choosing to borrow 300 Obol will start a cutscene where Charon gets mad at Zagreus for stealing from his storeroom, initiating the Charon boss fight.

The bag has a 22% chance to spawn in the small, walled-off area next to mid-area shops – the place where Zagreus is standing in the topmost image of this guide. You have to interact with the bag to steal it, and… Charon is not happy with you for doing so.

As a boss, Charon specializes in being fairly durable, with massive area-of-effect attacks. Pay close attention to how fast the ghosts move, and be careful about being near the Oarsman himself. Make good use of dashes to keep Charon casting slow attacks.

For what it’s worth, Charon does not currently have an Extreme Measures version of his fight.

Defeating Charon will allow Zagreus to keep the 300 Obol he “borrowed” from him. It will also grant him the Loyalty Card. This card gives you a 20% discount for all shops in the current run. This can be a massive help in later-game shops, where the boatswain jacks up the prices to insane levels.

Zagreus can throw down with the shopkeep whenever a bag spawns, and it can spawn in any of the three areas. Fighting the Stygian Boatman in Tartarus may sound like a recipe for disaster, and it is hard. However, it will grant you more chances to use that 20% discount! Try fighting him in Asphodel and Elysium before taking him on in Tartarus. And we recommend getting Athena boons while you’re learning his patterns.