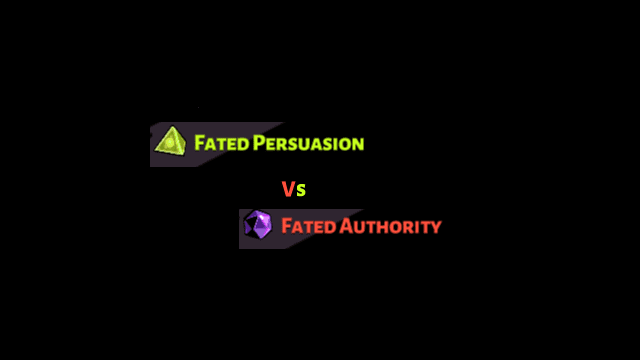 Hades asks you to make a few choices before you even step out of your home. The Mirror of Night is equipped with a gigantic pile of upgrades for you to collect. By spending Darkness and Cthonic Keys, you can unlock new abilities for Zagreus to try out on the denizens of Hell. The final ability that you get is an odd one, since it’s almost like two sides of the same coin: Fated Authority vs Fated Persuasion. These abilities use a unique resource, and it isn’t immediately clear how exactly they work. So, which one is better? And are there situations or builds where you might prefer to use one or the other?

Fated Authority vs Fated Persuasion | Which Is Best?

The individual merits of Fated Authority vs Fated Persuasion are hotly debated among Hades players. Fated Persuasion is generally considered the best, but that’s not to say that Fated Authority is somehow bad. They both allow you to re-roll and try to influence the RNG of your run. By re-rolling events, you have some slight control over your build.

Fated Persuasion is the best choice most of the time because it gives you a few extra chances to find the right boon for your current build. However, if you’re not going for a specific build, Fated Authority gives you the chance to swap chamber rewards and potentially earn more consumable items.

How Do Fated Authority and Fated Persuasion Work? 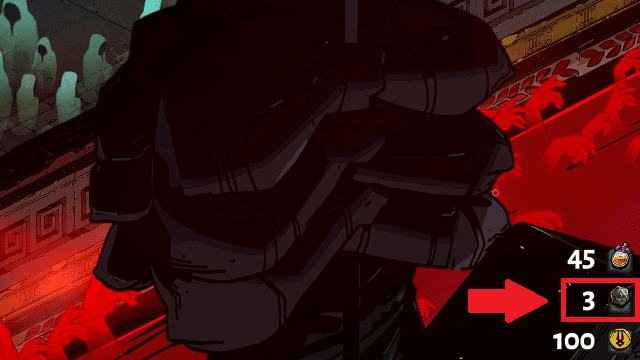 Each of the “Fated” options use a new resource: Dice. You start a run with a number of dice equal to the number of ranks in the Fated option of your choice.

It’s possible to gain more dice through a House Contractor Upgrade. “Fated Keys” will give you an extra use of Fated Authority or Fated Persuasion. This turns keys into a quite useful resource!

Your starting dice are not hard-capped, either. You can get more than your starting total, and hoard them for as long as you like. It’s recommended to spend them early if needed, however. 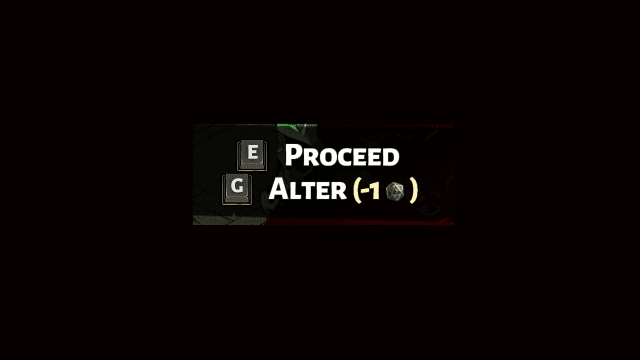 Fated Authority is used on doors by approaching them and pressing the secondary interact button. Doing so will roll through the different reward options for that chamber. That means that you could re-roll a god Boon into another god Boon, or into something else, like a Pomegranate.

Practically speaking, Fated Authority allows you to discard upgrades you don’t need – such as a Centaur Heart when you already have too much health – to roll for something else. This makes the early game more consistent, and allows for mid-game re-rolls on less-desirable chamber rewards like Gems, unneeded Darkness, or Obols when you’re already rich.

However, Fated Authority suffers from a few downsides: 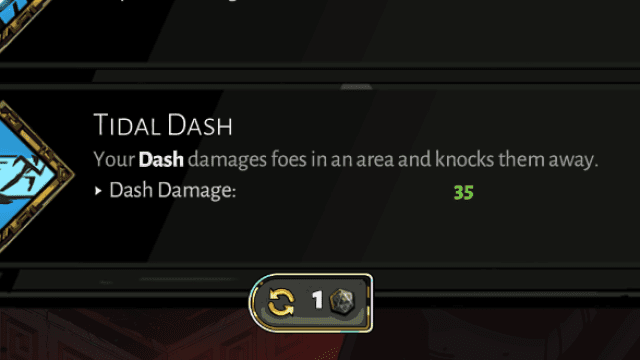 Fated Persuasion is primarily used when choosing between Boons offered by a god. If you scroll down to the bottom of the offering menu, you’ll see the option to re-roll the entire list. Click that, and you’ll spend one die in order to be presented with three new Boon options.

This re-roll can change both your Boon choices and rarity of those Boons for that specific god. This is hugely important, as it allows you to better focus your specific build. It also makes it far easier to track down both Duo Boons and Legendary Boons.

The chance to cycle through a new pool of Boons is the single most important function of Fated Persuasion. It’s recommended to all players basically all of the time because it benefits nearly any situation. It’s also by far the easiest way to get the Boons you need to try out some of the best builds in the entire game.

However, there are a few downsides:

Which Is Better For You?

Fated Persuasion is simply better than Fated Authority. That’s because Persuasion can be used to guarantee that specific builds are developed; rather than choosing trash, you get a chance to find that boon that works well with your build. Or one that at least is the best that god can offer! This ultimately leads to higher damage, more consistent runs, and even improved durability. That’s a huge game-changer, and makes each run easier.

However, Fated Authority is far from useless. Rather than guaranteeing a good build, Fated Authority guarantees a good start. Choosing your rooms is quite expensive early on, but this ability allows you to get early Daedalus hammers, ignore bad room rolls like Gems, and search for the god of your choice. Rather than boon-hunting, you’re room hunting.

Fated Persuasion is perfect for people looking for perfect builds, but Fated Authority is better for those who just want a good start. It’s also good for those who want to stop getting Gems every room. Even desperate-rolling for Double Boon rooms or trying to find Eurydice in Special Rooms make Fated Authority worthwhile, at least some of the time.

Hades continues to be a stellar rogue-lite which shows how the genre has grown. Want to see more of it? Check out our guides for more!