Hades | How to Reunite Orpheus and Eurydice 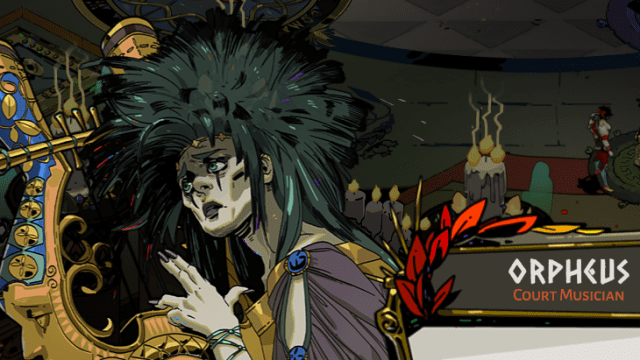 As you explore Tartarus and climb into Asphodel, you might see quite a few differences in environment. In Hades, each section of Hell is split into multiple sections. They even get new characters that you can meet. In Asphodel, when you enter “!” doors, you’ll meet the Nymph called Eurydice. As you talk to her, and give her Nectar, you’ll learn more and more about her sad story. Zagreus’ goal is simple: To reunite Orpheus and Eurydice and bring fantastic music back to the House of Hades. If you want to know how to do this, we’re happy to help!

How to Reunite Orpheus and Eurydice in Hades 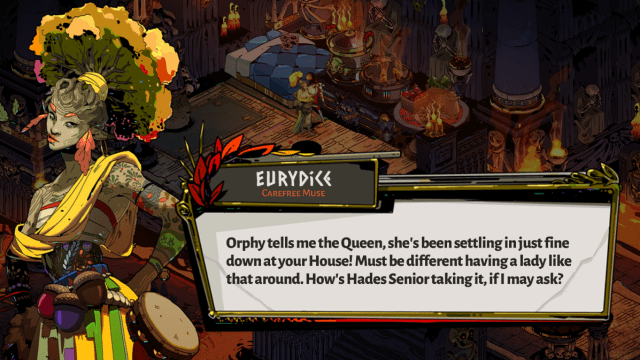 In order to reunite Orpheus and Eurydice, you’re going to have to give each of them Nectar. Once Orpheus reaches his lock at five Nectar, he will tell you about the contract which keeps him from leaving the House to visit his Muse. You’ll ultimately need to buy out that contract to reunite the lost lovers.

You will have to give five Nectar to Eurydice as well, to warm her up to the opportunity to forgive Orpheus for looking back at her at the end of their journey. Basically, try to give them both Nectar any time you see them. Then, once you have the Admin Chamber, have conversations with Nyx, Hades, and then Nyx again to learn the location of Orpheus’ contract. With that done, you can purchase the Musician’s Sentence for three Diamonds at the House Contractor to reunite Orpheus with Eurydice.

Feeding Orpheus Nectar is a simple task; you can just grant the musician one whenever you finish a run, as long as he’s accepting of them. He’s a bit moody, so it’s not always possible. Eurydice is another story; you can only give her Nectar when you enter her “!” doors in Asphodel. Be sure to give her a bottle if you have any to spare! Building up her hearts takes a while.

Of course, you’ll also need the Administrative Chamber, which is purchased from the House Contractor for two Diamonds. It’s needed to pardon Sisyphus as well, so you might as well get it as soon as you can unlock it!

You will need to have conversations with both Nyx and Hades to continue the story. Those two have a lot of dialogue with you, so it might take a long time to get to Orpheus’s conversation! Don’t worry, just keep doing runs and you’ll unlock the Court Musician’s Sentence at the House Contractor in no time!

Love Hades? We’ve got a few guides that can help you play to your best!