Harvestella Nitro Pineapple | How to Grow 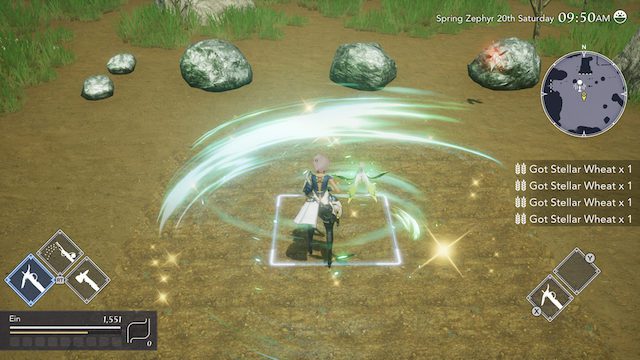 One item that is highly sought-after by players in Harvestella is the Nitro Pineapple. This explosive fruit has many uses in the game for food, such as Nitro Jam and Nitro Juice, but more importantly, it is required to make the level-two bomb. A level-two bomb, as you may know, can blow up debris that is blocking a path in the game. And if we know anything about video games, paths with obstacles in front of them usually have good rewards. That’s why we’ll show you how to grow Nitro Pineapple in this guide, so you can use it for food or its explosive potential.

How to Grow Nitro Pineapple in Harvestella

To grow Nitro Pineapple in Harvestella, you first need to get the seeds, which are only available once you’ve reached chapter six. That’s because you get Nitro Pineapple seeds as a drop from the Preserved, plant-like enemies, in the Astrum Helix Research Facility dungeon. You can also get the seeds by foraging at Gathering Points around the Research Facility, though it’s not as common.

Once you’ve acquired the seeds, return to your farm and begin growing them. Nitro Pineapple seeds are cave crops and will take six days to mature. It’s a bit of a wait, but the good news is that you don’t need to water them. They will also grow in all seasons, with the exception of winter. All of your plants will die off if they are caught growing during winter. As is the case with most crops as soon as Quietus takes effect. Nevertheless, once you’ve grown and harvested Nitro Pineapple, you have the key resource for crafting a level-two bomb.

However, you’ll still need two Trap Liquid and one Full Battery to craft the level-two explosive. The good news is, you can also get Trap Liquid from killing mobs at the Astrum Helix Research Facility. So, don’t forget to pick up this key ingredient as you farm for Nitro Pineapple. Finally, you’ll require one Full Battery. To get that, you’ll need an Empty Battery, which you get at the beginning of Chapter 6, or as drops from Phantasmagoria. Then you’ll need a Battery Charger, which you can purchase the recipe for at the Abandoned Eden General Store for 3,200 Grilla.