High On Life Poison the Water | How to Complete 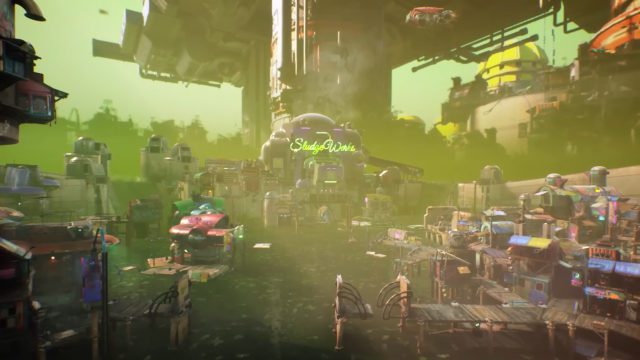 High On Life delivers gaming surprises that will throw many players off balance when it comes to certain decisions. Blim City and the other worlds are home to unique NPCs and events where normalcy and strangeness comically blend together. In that context, you might run into Gary the Poisoner, another NPC in the game who provides the Poison the Water side quest. He wishes to tamper with the Blim City sewer system, thus requiring your aid. He gives us clues on where to go and what to do, but how we do go about completing the objective entirely?

How to Complete Poison the Water in High On Life 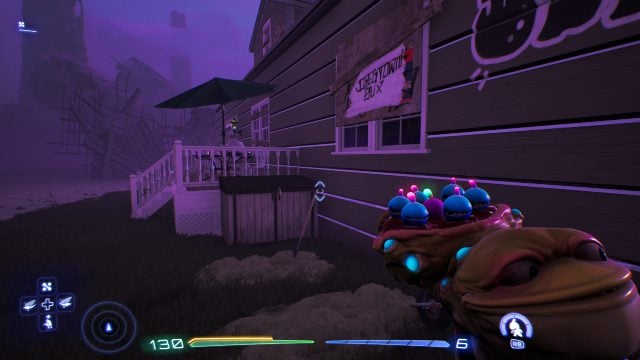 There is no way to complete the Poison the Water side quest, because it doesn’t exist. Gary the Poisoner shares with you his malicious plans with the location of the sewers and a passcode during the Dr. Giblets bounty. Only then can you speak with him again by completing the aforementioned bounty and talking with Gary for the final time. In the end, he informs you that the whole plan is off. It was all for a little bit of meta-humor.

From the jump, we can already consider Gary the Poisoner to be a suspicious character. He’s literally standing behind our home, peering through the living room window while Gene and Lizzie watch movies. Upon approaching him, he tells you to not say a word regarding his plans. Then, as you proceed with the dialogue, he’ll basically lay out a questline for you to follow.

However, something is amiss here with Gary’s sneaky chuckles and complicated directions not making much sense. Exhaust his dialogue to eventually uncover the end results of all of this, which leads to absolutely nothing. Gary tells us to come back in 10 years for further updates, but it’s hard to trust him at this point.

Unlike the other encounters in High On Life, such as Globo and the Moplets, this one leads to humorous disappointment. The entire experience is a jab at video game side quests that you just randomly stumble upon – something that Gary mentions during his playful dialogue.

In addition to meeting Gary, Blim City Magistrate Clugg Nuggmin will broadcast an announcement on TV addressing municipal concerns, including the apparent poisoning. Aside from the window creeping and televised mention, that’s all you hear of Gary the Poisoner. That is unless we do hear from him again in 10 years, which is always a possibility.

Looking for more genuine moments from High On Life? Check out these guides: