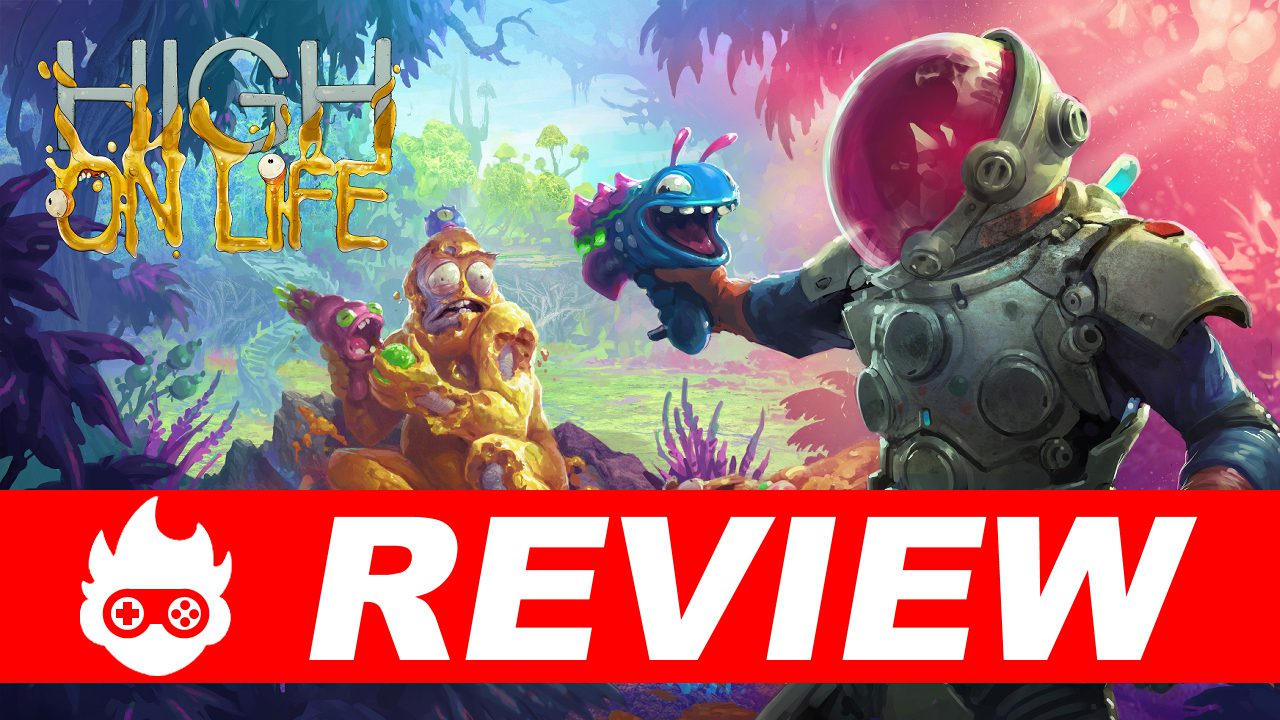 Rick And Morty is a household name in the world of adult animation. However, that’s not all creator Justin Roiland is about. With some developers and resources, he started Squanch Games and got to work on creating High On Life. This 3D FPS has you running and gunning through alien worlds shooting at anything that’s shooting at you. You play as a bounty hunter, which is normally enough of a twist on its own. But here, you also have an array of talking weapons and over-the-top NPC encounters. Naturally, it also has the voice and writing of Roiland working hard behind the scenes. But do these interesting parts make for entrancing whole? Or do you need to tie one on to catch a buzz from this new release?

Why Are You High On Life? 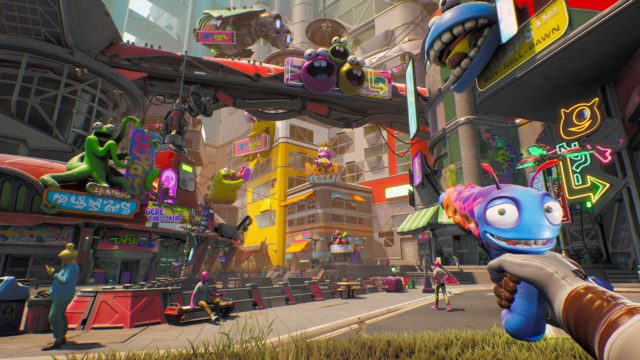 Considering that this game is from the mind of Justin Roiland, there’s no telling what kind of story to expect. However, High On Life is relatively grounded when compared to the average episode of Rick and Morty. You are the unambitious sibling of a talented party-animal sister who’s simply playing games when aliens invade. Much to your surprise, these aliens aren’t just here to take over. Instead, they’re part of a drug cartel wanting to harvest humans to use as drugs.

After some running around, you meet a talking gun called Kenny. Your new friend tells you that the alien invaders are known as the G3, and that you need to hunt them down. Warping into space, you become a bounty hunter and start eliminating cartel members to save those under their control. You’re getting high on stopping aliens from getting high on you… dude. 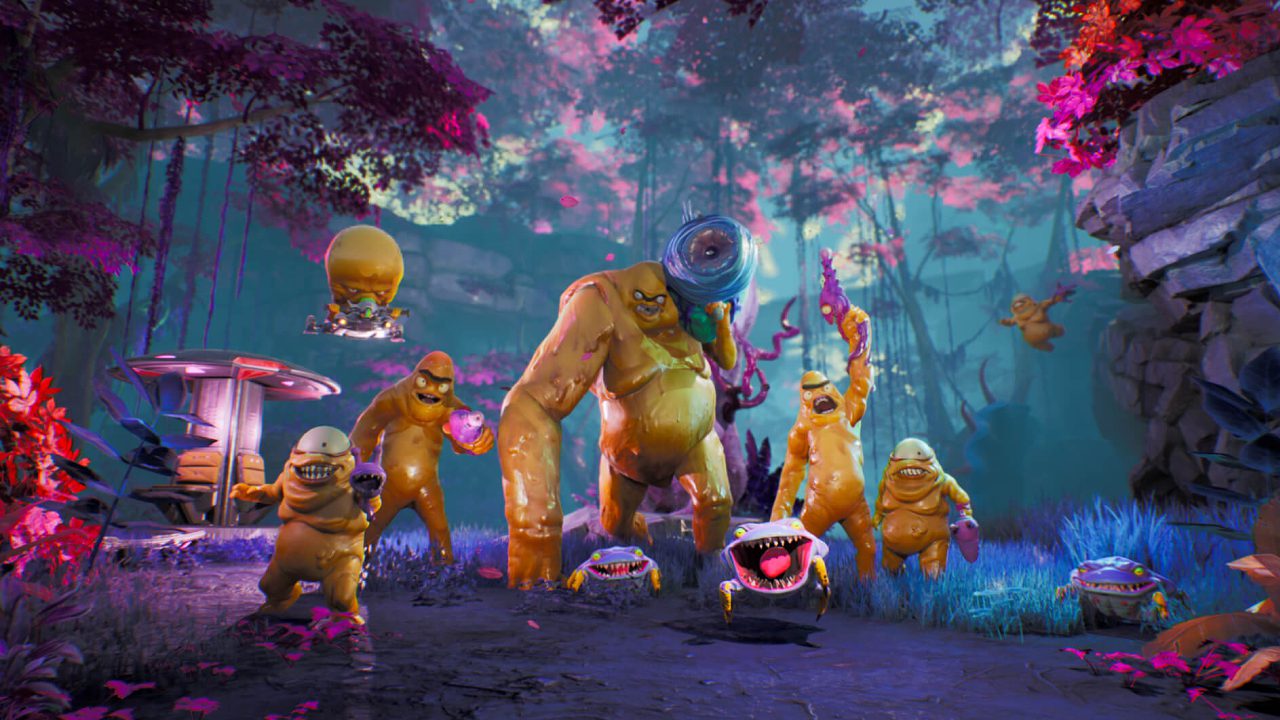 While FPS games have become more about drama, this is not how they started. Instead, High On Life makes its gameplay the highlight. The hero is not some fragile realistic human that needs to crouch behind cover every few seconds. No, they’re an intergalactic bounty hunter with a power suit. This means that they can run around freely in the open with the support of shields and a decent amount of health to comfort them.

Of course, enemies are also running around, but that’s okay. It’s more motivation to chase after them while shooting or simply get up close with a satisfying melee attack. Foes drop shield power-ups frequently enough to restore your vitals without breaking the flow. Should you get overwhelmed, you can still take cover to recover health. Still, even if you do mess up and die, respawning is so fast that you can just jump right back in.

No Substance Without Style

The style of Rick And Morty is one of Roiland’s defining features. There’s no question that his style comes through in the game’s visuals. Everything is very colorful and bright, with lots of weird shapes and advertisements that help round out the world. Of course, the real stars of this graphical treatment are the guns and the bosses.

Each of the game’s guns has a distinct appearance that matches its personality and their firepower. Switching between them is so quick and easy that each gun gets a chance to shine. This helps keep firing them and using their special abilities satisfying. The bosses are also notable in that each one has a memorable appearance before the fray. They’ll often hound you while you’re in their territory to help build anticipation. This then culminates in a boss fight where you get to unleash all the annoyance you’ve gained while seeing them throughout the level. Needless to say, it’s very satisfying to silence them after they’ve been talking so much trash.

Then there are the extra bells and whistles. These come from modern gaming mechanics used to make the fast-paced action more enjoyable. You start off just being able to run, crouch, and jump. Soon after, you’ll come upon a knife that unlocks melee and grappling. After getting an appreciation for that, you get a dodge ability that lets you dash around and long jump between ledges. You’ll even get access to a jetpack to extend your jumps and literally flies around the area. All of this changes how chaotic and exciting combat gets while also opening up the world to exploration. There’s loot and other secrets to find for a nice cooldown between firefights that you can appreciate.

A Bit Strung Out 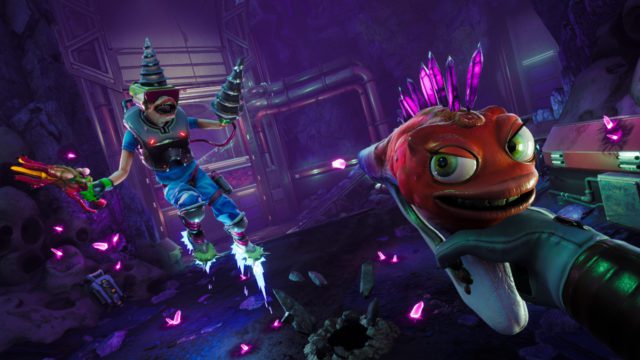 Like every drug, there are points where the crash comes. Not that we would know about that, of course, but High On Life has some of these points, and you just have to accept them if you want to play. The first is the kind of secrets you can find. Hidden collectibles take the form of these alien loot boxes that you need to bust open. All they really have is money, though some will have wrap crystals (another type of currency). A few others will have aesthetic collectibles that don’t serve mechanics in a notable way. What hurts is that there are many upgrades to obtain, and so many are just in shops that are along your path. All you need to do is buy them, which is not as satisfying as exploring and earning them for yourself.

There’s also the writing and dialogue you’ll hear while playing. It’s good to stick with what you know, but this game makes it feel like Rick And Morty is all Roiland knows. From the very first scene, you’re hit with dialogue that sounds ad-libbed, like a stream of consciousness. It gets old quickly, since almost every character does it. The guns are the most notorious (with Kenny simply being Morty), but thankfully, you can adjust how often they speak. That being said, almost everything speaks way too much and way too close together. You’ll often have characters talking over each other, which is grating on the ears. When heard constantly overlapping, you’re quickly aware that much of the dialog isn’t funny, just irritating or meandering.

Finally, there are technical issues. This is particularly upsetting considering just how demanding the game is on your PC. Just to sum up some of the most glaring issues, you have NPCs and enemies that glitch into things. There are times when the frame rate will plummet right when you don’t want it to, like during huge fights. The hit-detection on enemies can fluctuate as they lag after you launch or knock them back. Certain collisions can send your character flying far back or up high, though you may be able to use this to your advantage. Most egregious is the possibility that the boss with vanish and become unable to hit you, so you’ll have to guess where they are to hit them and try to bring them back into the game. Then there’s the waypoint system, which is about as unrefined as they come.

Getting High On Life

High On Life is a 3D FPS by Justin Roiland and Squanch Games centered around taking down an alien drug cartel with talking guns. It’s the kind of fast and wild shooter that gaming needs more of, frankly. All the highlights are here: satisfying weapons, rapid movement, and chaotic combat. Unfortunately, it loses luster with unfunny and intrusive dialogue, below-average exploration rewards, and technical issues that break the gameplay. In a way, this game is like a fun-yet-fleeting high. If you’re down for a far-out experience, this may just be worth the trip.