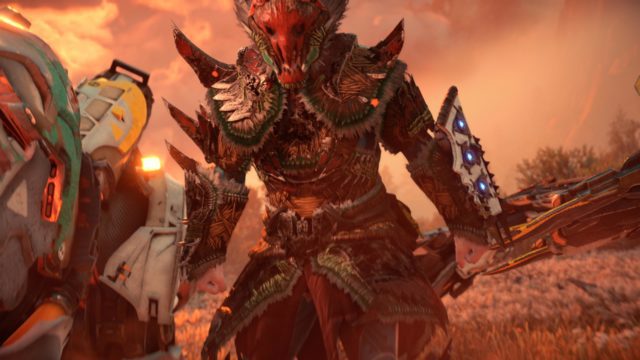 As Aloy goes deeper in her journey in the west, she must deal with many problems. These will eventually appear as boss fights. These are all about testing not only the strength of your skills but your capacity to adapt. Unlike the first boss in Horizon Forbidden West, Grudda is an adversary that represents the new dangers. With a strong high-tech shield, he is known as Regalla’s Champion and won’t be easy to take down.

How to Beat Grudda in Horizon Forbidden West 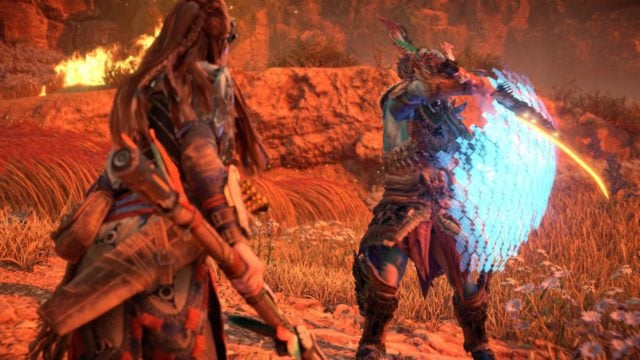 To defeat Grudda, you must deactivate his shield. Eventually, after you do enough damage he won’t be able to use it anymore. When it breaks, attack him as quickly as you can before it gets fixed. So keep attacking his shield and running from his attacks to win the fight.

Grudda is the first human boss you will fight against in the game. He is faster and smaller than some machines, so hitting your arrows might be a difficult task. This fight can be tricky and while it might sound simple, the secret to winning this fight is attacking the shield. By dealing constant damage to it, it will eventually break. This creates a window to attack him and lower his health bar. The shield will come back soon, so attack as much as you can.

For the duration of the fight, you also have to escape Grudda’s attacks. When he has his shield up, he can use a big frontal area attack. It might be difficult to avoid this attack because of its extension. You can try to roll out of it in case you are caught in the middle of it. At the same time, it is not hard to know if Grudda is going to use this attack. Before hitting the ground, he has a distinct arm animation.

Now, when Grudda is without his shield, he has a different set of attacks. The Regalla’s Champion is going to use a sword to hit you. Try to keep some distance from him during this phase, since he has a gap closer attack that can catch you by surprise. But if you are far from him, do not stop hitting him with your arrows! As a reward from this fight, you will get the Shieldwing Glider, an important item to survive in the dangerous west.