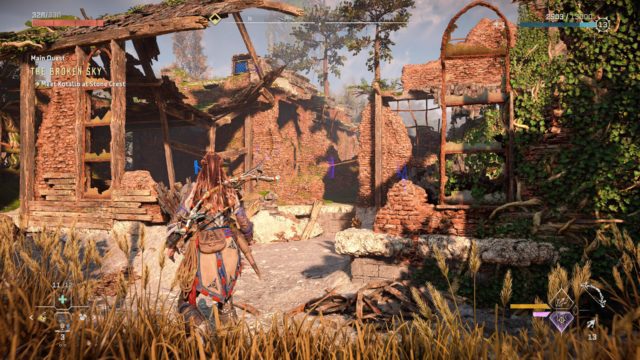 If you are looking for the ornaments in Horizon Forbidden West, you must solve the Relic Ruins puzzles. Even though each of these ruins is different, the idea is pretty much the same: figure out a way to reach a specific point. In Runner’s Wild, you have a multilayered puzzle, more complex than the Daunt. So, how do you solve the puzzle?

How to Solve the Runner’s Wild Relic Ruin 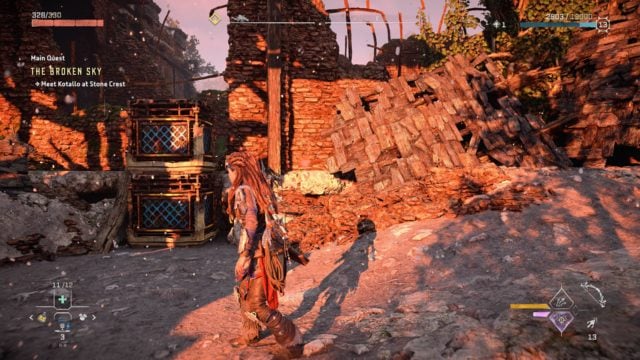 You can find the Runner’s Wild Relic Ruin location north of Memorial Grove. To complete it, you’ll need to do a lot of climbing and have access to the Igniter and Pullcaster.

For the first part of the puzzle, go southeast and you will find a crate at the right side of the ruins. Pull it using the Pullcaster, but don’t take it too far. Actually, you can jump on it to get on the ceiling. From there, you will find some climbing stops on the tower.

Use them to get around it, and after that, you can fall inside a room beside where the crate was. Now, there is a wall with Firegleam and another in which you can use the Pullcaster. Destroy the former with your Igniter, then use the Pullcaster to pull the wall down. Once both ways are open, you can get the initial crate and push it through it to the other side.

At this point, by placing the crate at the end of this new path, you can reach some climbing spots. By using them you get to the upper part of the ruins where you can find a Greenshine chunk. You will also see a locked door here. You have to come back here later.

On the other side of the Runner’s Wild ruin, you can see a second crate. Your mission now is to place it in such a manner that you can put the other crate on the top of this one. To do so, push this new crate to the lower part of the ruins. Close to where you can land it there is a wall with the same blue structure to use the Pullcaster you saw in the previous part. Once you destroy it, you will be facing the first crate. Pull it until you can place it on the other.

After this, you have to pull the pile of crates through the only path available to you. You will end up inside the tower which you can climb now because the two crates help you reach the yellow markers. At the highest platform, you will find a key you need to open a door in the upper part that you have seen.

Now head back to the crates and take them forward until the middle of the way. Jump to the upper side and you will be in front of the door. By opening it, you’ll access a room with another wall you can open with the Pullcaster. Use the new opening to get one of the crates at this level.

Now all that is left is to take it to the side of the tower and climb to its top. There you will find the ornament “A Church? Really?” and have completed the Runner’s Wild Relic Ruin.