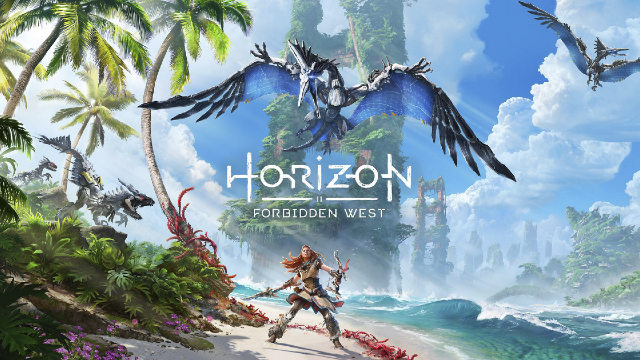 Exciting news for those interested in Horizon Forbidden West, as PlayStation today announced each of the game’s special editions. Astoundingly, there’s nine different ways to purchase Forbidden West, which is a pretty daunting prospect. Fear not, as we’re here to go through each edition and break down the differences to help you decide which to get. 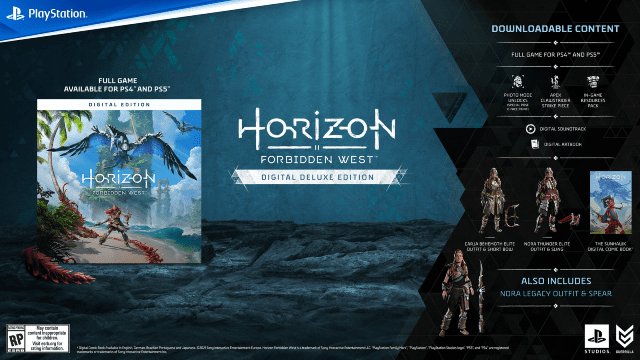 In total, there are nine editions of Horizon Forbidden West. Firstly, there are two standard editions: One for PlayStation 4, and one for PlayStation 5. Sadly, there’s no dual entitlement scheme on offer, meaning if you upgrade from PS4 to PS5, you’ll have to purchase the game again.

Next is the Digital Deluxe Edition, which contains a code giving you both PS4 and PS5 editions. It also comes with two cosmetic outfits, two in-game weapons, a resource pack containing ammo and potions, as well as an exclusive Strike Piece item, and a new photo mode pose. You’ll also get a download link for a digital art book, soundtrack, and a graphic novel. 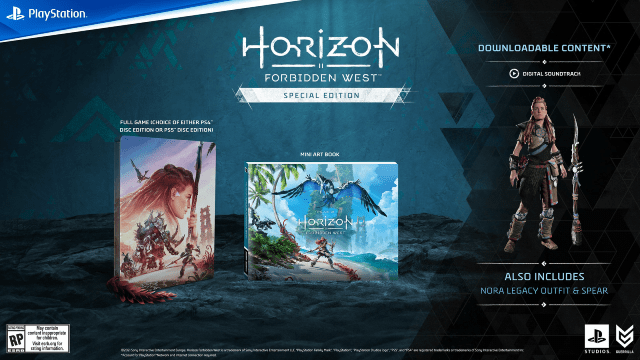 The Special Edition is once again a physical release for PS4 or PS5. It comes in a steelbook with an art book and a link to download the soundtrack. The Collector’s Edition comes with all the goodies from the Digital Deluxe and Special editions. Finally, the Special Edition includes a custom statue featuring Aloy riding a Tremortusk. 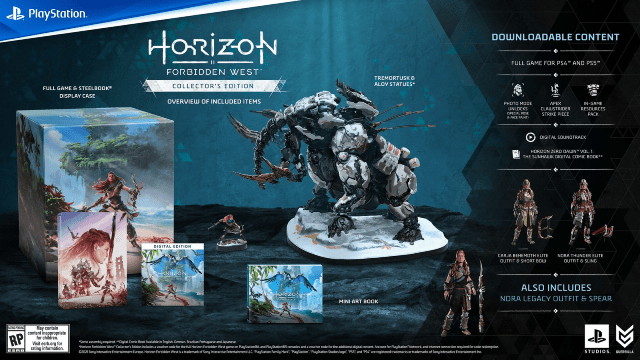 Lastly there’s the ultra-rare Regalla Edition, which takes the goodies within the Collector’s Edition to a new level. On top of everything offered there, it also comes with a limited-edition version of the statue, as well as a custom stand, art cards, a physical map, and Strike Piece collectables. There’s an awful lot of bonuses there, hence why it’s such a rare item. 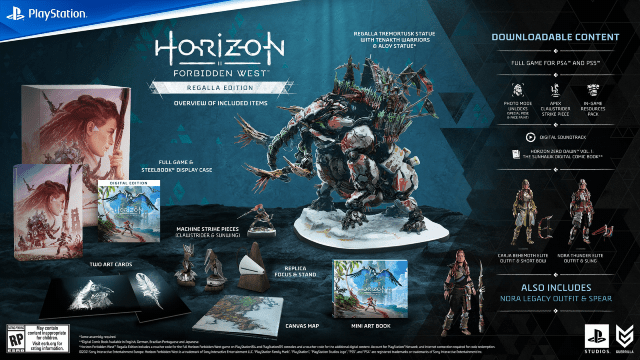 That’s all the different versions of Horizon Forbidden West on the market – and as you can see, there’s a lot. It’ll be a tough decision choosing which to get, but it’s certainly an exciting time to be a fan.