How to Level Leadership in Mount and Blade 2 Bannerlord 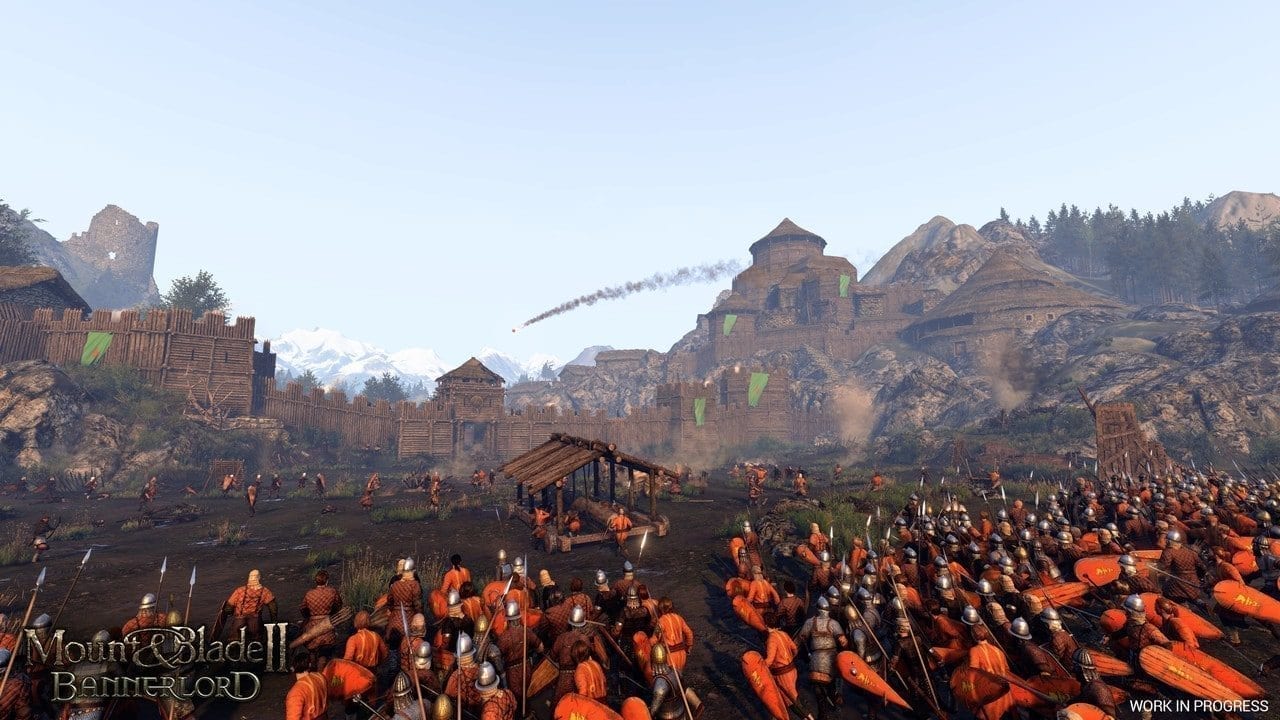 How to Increase Leadership 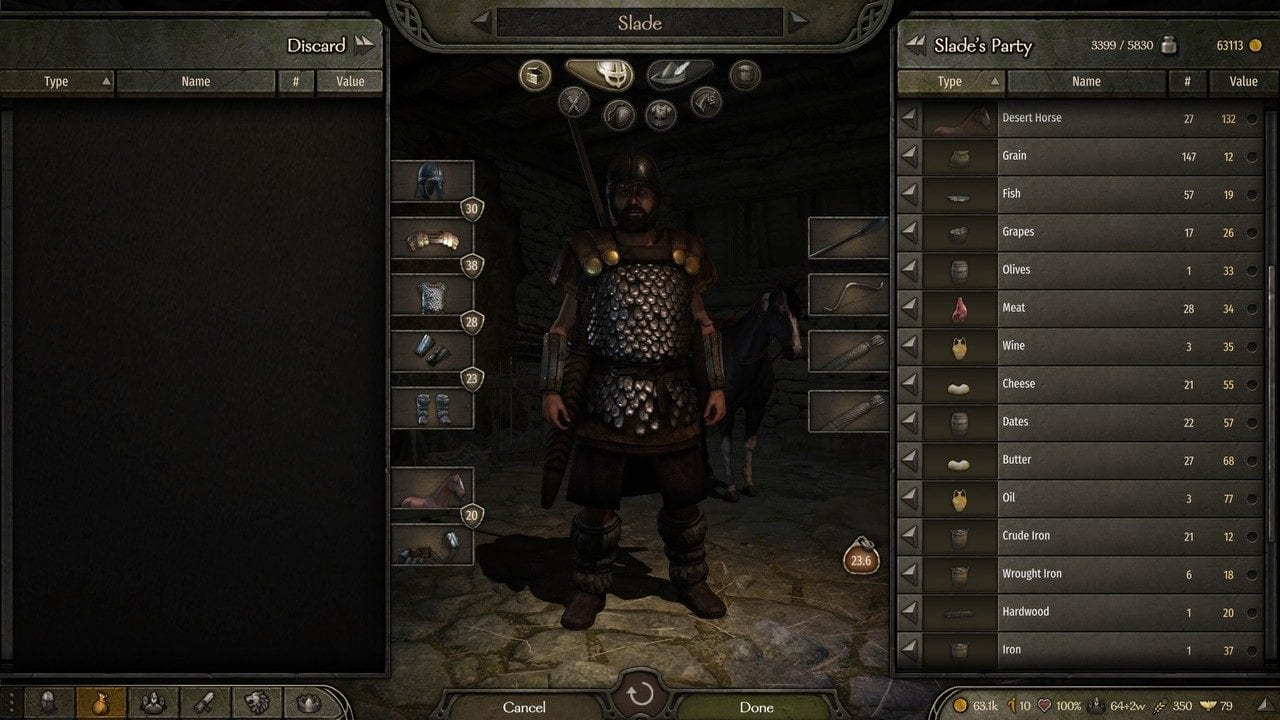 If you’re reading the in-game description for leveling leadership, you’re probably pretty confused about how to actually increase your rank. The description states that you can increase your party size by maintaining high party morale, leading armies, and assembling troops, but what does that mean?

To level your leadership skills in Bannerlord, simply do what the game says to do. For example, maintain a high party morale. One easy way to do this is by having a variety of food in your inventory and over time you’ll increase your party’s morale, thus increasing your leadership levels.

Another way to increase leadership is by winning battles in the game, as you gain a small amount of party morale after each won battle. However, it is important to note here that losing battles will decrease party morale. 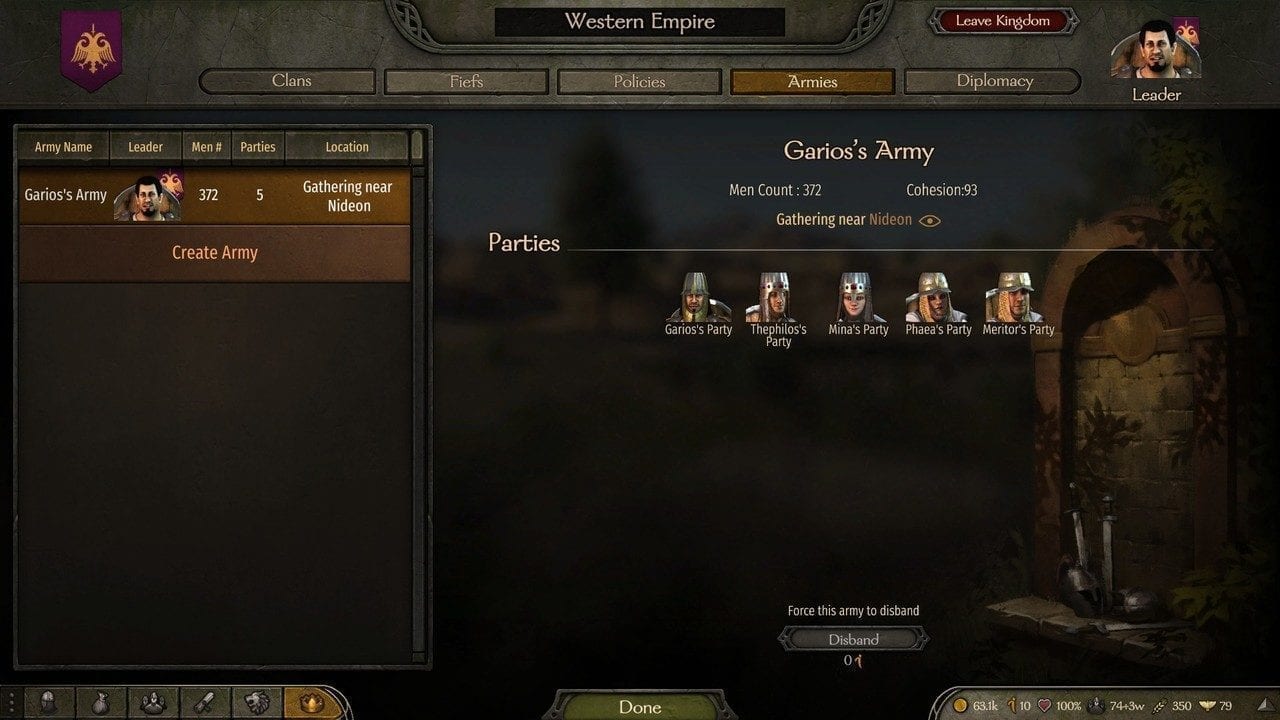 The final way to level leadership is to create an army and lead it while being in a Kingdom as the leader or vassal. To do this click on the Kingdom tab on the bottom left of your screen, which is the one with the crown icon on the bottom left.

Once you have done so, you should see one tab called Armies, click on it and you should then see an option to “Create an Army.” You will then see a small tab with various lords in the Kingdom you are in and can go from there. For more on Kingdom’s check out our how to declare war as a Kingdom guide.

How to Create a Companion Party 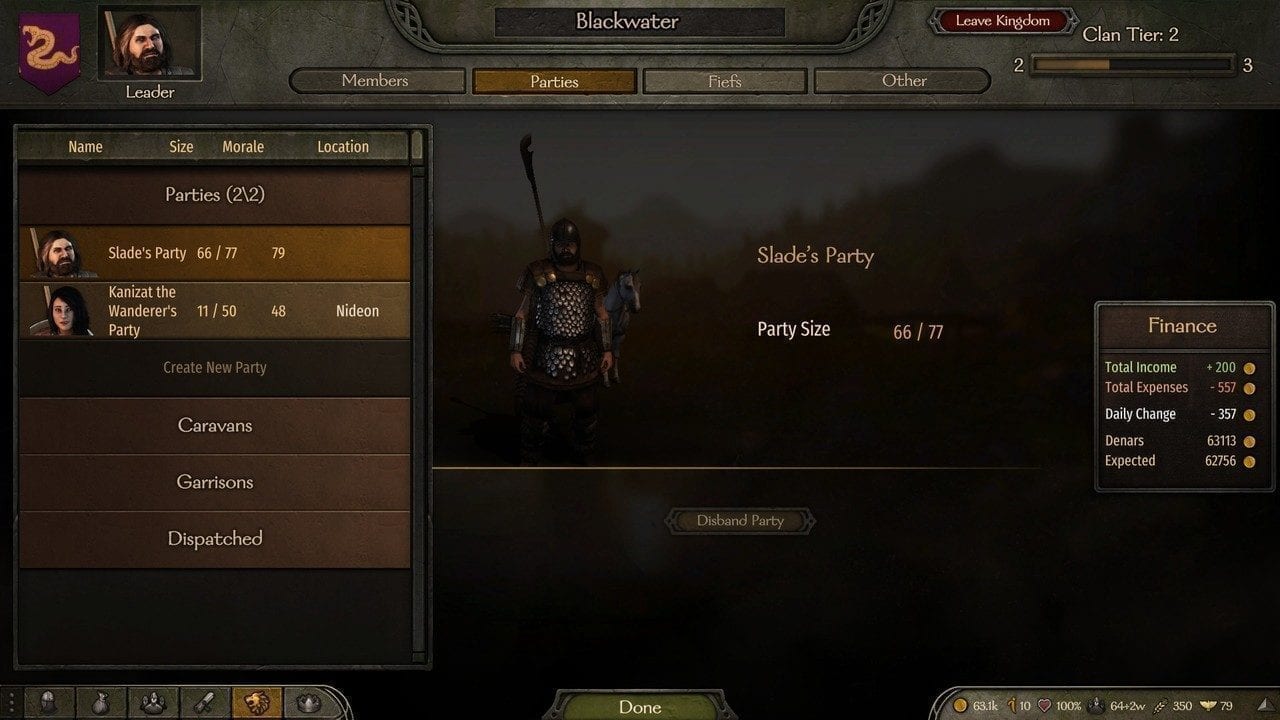 When you create an army, you can pick and choose what lords you want to join your army. However, this will cost influence based on the size of the party, with the larger ones costing the most Influence. Thankfully, there’s a way to create an army without needing influence, which involves creating a companion party.

Doing so will allow you to recruit your companion’s party into your army for free, because they do not require any influence to recruit into your army. To create a companion party in Mount and Blade 2 Bannerlord, head over to the Clan Management tab, which will be the one right next to the Kingdom tab.

While in Clan Management, click the tab that says Parties and then click on Create a Party. From here, choose which companion you want and give them some troops. After doing this, they will show up in the Create Army tab when you are choosing from all of the lords in your kingdom.

Now that you have a better idea of how to level leadership in Bannerlord and create a companion party, get out there and conquer some Kingdoms!

*Note: It’s also worth noting that Bannerlord is in Early Access, so some of these things could be subject to change.