How to Make Hay in Stardew Valley 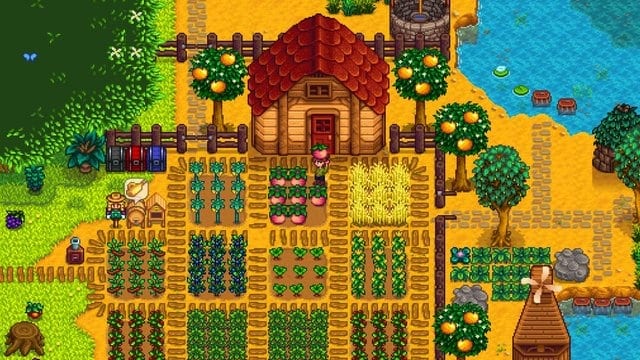 Stardew Valley is filled with tons of items that players can craft and create to help make their farm the best it can be. One item that players will need a lot, especially heading into winter is hay. Here is a quick and informative guide that will show you exactly how to make hay in Stardew Valley.

If you’ve found yourself running low on hay in the colder months, then you’re probably trying to figure out the best way to make and store your hay so that you don’t run out. It seems that the best thing to do is horde hay in the warm months, and store it in a silo until winter, when your animals won’t be able to graze on grass.

To make hay in Stardew Valley, you’ll need to build a silo and then harvest grass using a scythe. As you harvest the grass, hay will be stored in your silo. So, as you might guess, you won’t be able to make and store hay if you don’t have a silo. Which bring us to our next question, how do you get a silo?

How to Get a Silo in Stardew Valley

To get a silo in Stardew Valley, visit Robin’s store or craft one yourself. A silo can be bought from Robin for 100g and will take two days for her to build. One the other hand, you can build a silo yourself with the following materials:

Your best bet is to build a silo as soon as possible in Stardew Valley. There is a good chance that winter will sneak up on you, and you’ll find yourself under-prepared and lacking food for your animals. If you go ahead and build a silo or two now, you can begin storing hay as soon as possible, assuring you’ll have plenty of feed for the cold months.

Additionally, a silo can hold 240 units of hay, which should be enough to last eight animals through the winter. This means that if you have more than eight animals on your farm that you’d like to keep alive throughout winter, you’re going to need to get more than one silo for your Stardew Valley farm.

How to Get Hay Out of a Silo in Stardew Valley 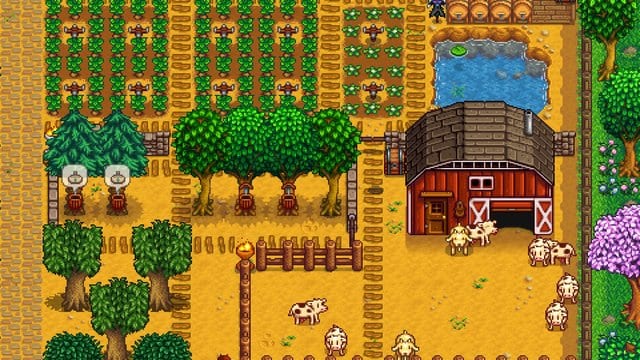 Now that you know how to make hay in Stardew Valley, as well as how to build a silo, you’re probably wondering how to go about getting hay out of a silo. Unfortunately, figuring out how to take hay out of your silo can be a tad confusing at first, but will be really simply once you understand the process.

To get hay out of a Silo in Stardew Valley, you’ll need to have a Hay Hopper. Essentially, you’ll place the hopper in your barn/coop, and you can walk up to it and grab pieces of hay to give to your animals.

If you have a Deluxe Barn or Deluxe Coop, you’ll have an auto-feed system built in, which will allow hay to be manually moved to the feeding bench as needed. Thus, you won’t actually have to worry about getting hay out of your silo.