How to Upgrade Weapons in Ratchet and Clank: Rift Apart 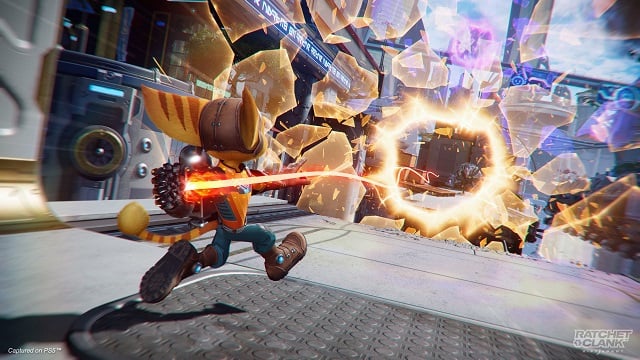 With the release of the latest entry in the Ratchet & Clank series, fans of the classic duo have found themselves with a new arsenal of weapons to play with. In this guide we’re going to take a look at how to upgrade weapons in Ratchet & Clank: Rift Apart.

Ratchet and Clank: Rift Apart | How to Upgrade Weapons 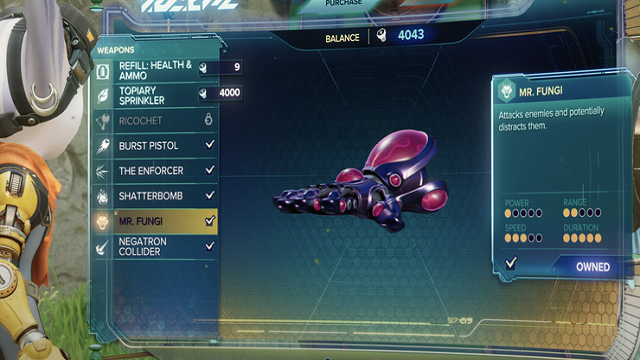 In Rift Apart, weapons can be upgraded in two different ways. The first method is to level them up by using them in combat. The second is to spend Raritanium at the vendor.

The first way to upgrade your gun is pretty simple, you just need to use it against enemies and it will gain experience. You’re weapons can reach Level 5 on the first playthrough, which will be enough to unlock the They Blow Up So Fast trophy. Further, once you beat the game, you can purchase the omega versions of the weapons in Challenge Mode and level them up to five.

The second way to upgrade your weapon is to use the currency Raritanium to purchase various upgrades through the vendor. There will be a hexagonal grid for each weapon, and purchasing a spot will permanently upgrade the weapon. These upgrades will range from standard buffs like increase rate of fire rate to weapon specific ones, like additional hits from the Buzz Blades.

Additionally, the grids will usually have a yellow section with spots you can open up around them. Fully surrounding one of these will give you a bigger buff than the standard sections.

As you level up your weapon through combat, more spots on the grid become available to unlock. Purchasing the omega variant of a weapon will also result in more spots becoming available.

The best way to level up and upgrade your weapons is to swap them frequently throughout combat. With a total of 20 weapons available in the game, this may seem like a tall order, but the scarcity of ammo means you’ll be doing this naturally as you make your way through the game.

Once a weapon has leveled up and been upgraded a bit, you’ll start to see a significant boost in it’s overall effectiveness. While the buffs may seem small on their own, together they can pack a big punch.

Additionally, upgrading weapons will be a must for anyone looking to collect every trophy. For example, leveling a weapon to Level 5 will unlock the They Blow Up So Fast trophy, and fully upgrading a weapon nabs you the There’s Even a Cupholder trophy.