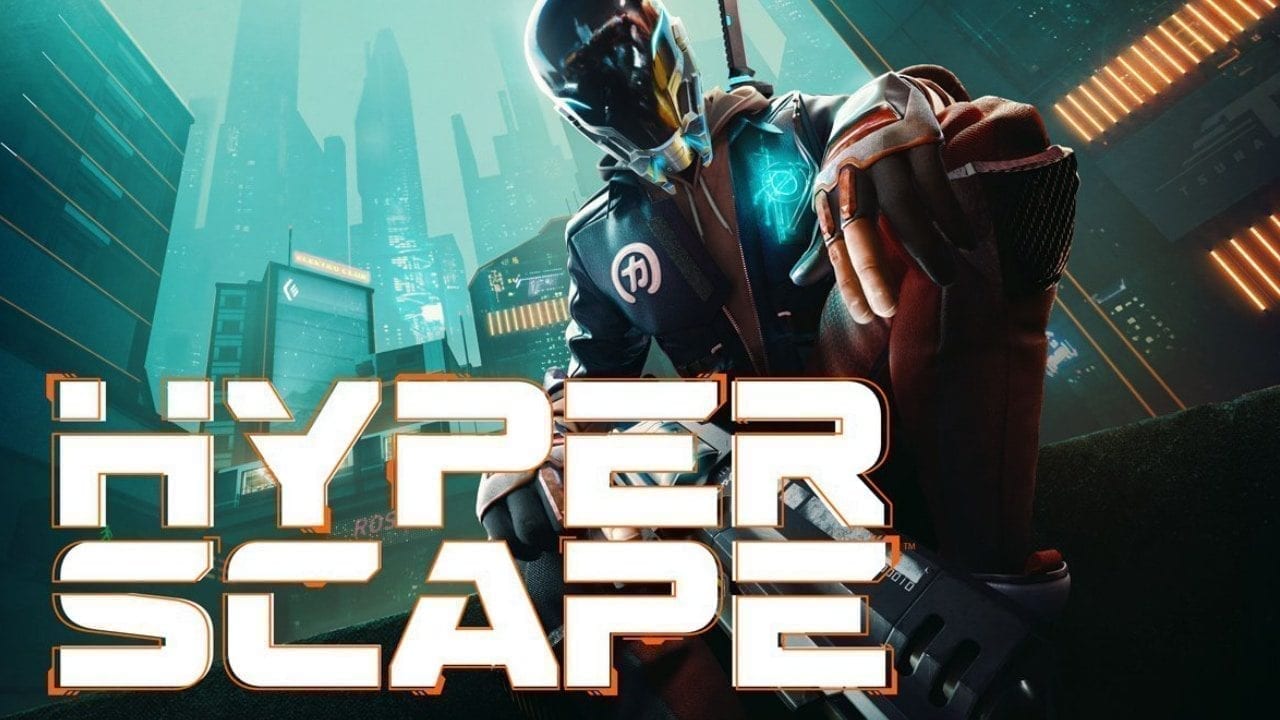 Ubisoft’s new battle royale Hyper Scape takes place in a virtual world created as an escape from the harsh realities of the not-so-distant future. Players take the role of someone logging into the digital Hyper Scape to play the biggest game, Crown Rush. Does Hyper Scape have what it takes to draw players’ attention away from competing battle royales? As the game’s first season ‘The First Principle’ gets underway, there is definitely some merit and fun to be had. 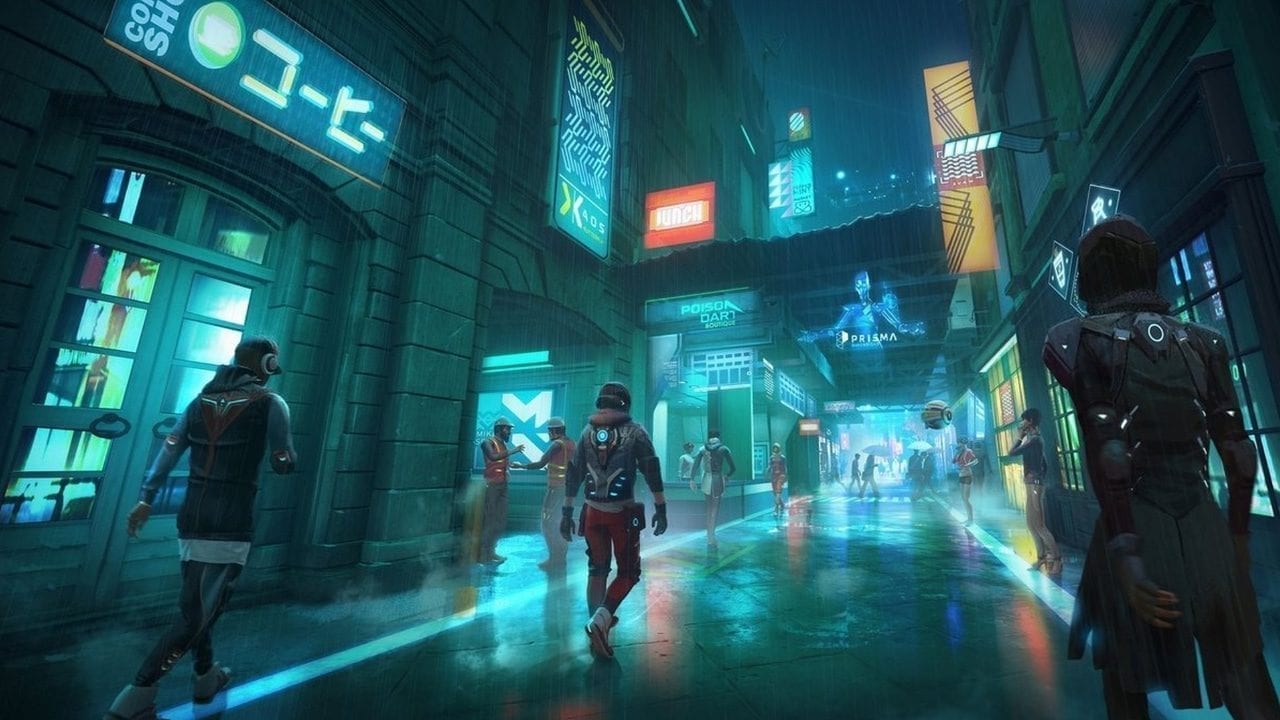 Welcome to the Hyper Scape!

The main game mode of Hyper Scape Season 1 is Crown Rush. Players can choose solo matches where everyone is on their own or squad matches where it’s team-versus-team. All the staples are there: 100 players per match, a large landscape that shrinks over time, and loot hotspots.

The key difference is how Ubisoft introduced an alternative way to win aside from being the last person standing. A crown is hidden somewhere on the map, and should you be lucky enough to find it, you can to secure and protect it from other players to claim victory. While it’s a simple change, it does add something refreshing to the genre.

A battle royale usually has two distinct types of players: Hunters and Gatherers. Hunters fear nothing, dropping into crowded hotspots and fighting their way through. Gatherers focus on looting instead of fighting, and will try to stay under the radar to avoid drawing attention. However, with the way that Hyper Scape is arranged, players will find themselves hunting whether they like it or not.

This mainly has to do with how players appear visually. When sprinting and jumping simultaneously, players will emit bright flashy trails from their shoes which are visible from quite a distance. On top of that, the setting uses a lot of grays and dull colors which make players stand out even more. As a result, those seeking to be stealthier and move unnoticed will have to avoid sprinting and spend a lot of time crouching. This isn’t ideal when faced with how the map shrinks.

While similar titles use the tried-and-true shrinking circle model to force players together, Hyper Scape is much more deliberate. As the match goes on, the game will periodically delete entire areas of the map with one minute countdowns. These sections can be large or small, but will always force any players to move quickly or risk getting stuck in a deleted area which do damage over time and leave them completely exposed. 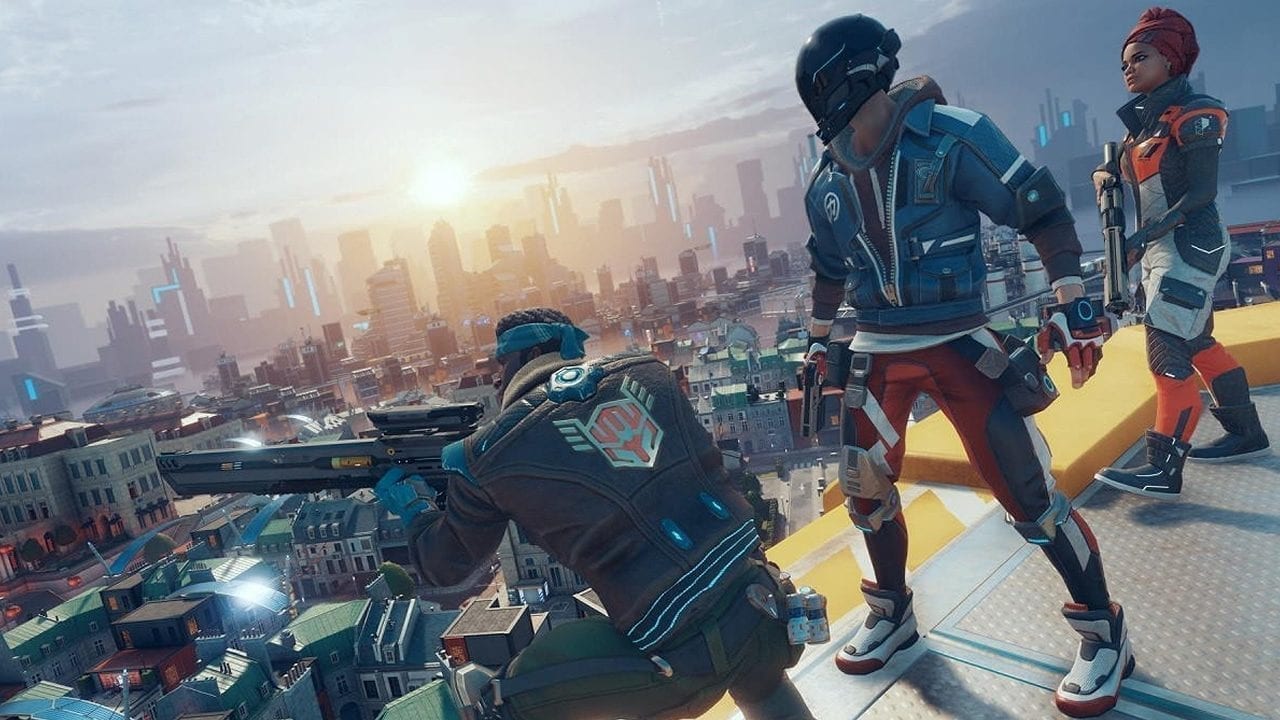 Overall, Hyper Scape Season 1 feels much faster than its peers. Players are only given four slots: two for weapons and two for Hacks. This forces a lot of drop-and-go tactics as well as plenty of swapping things out frequently. So, if you’re looking for a faster-paced battle royale experience, this would be the place to look.

The Fusion mechanic is also an interesting and welcome mechanic. A common problem that players face is encountering duplicate items that they can’t use. In the Hyper Scape, duplicate items can be fused with the one you’re carrying to improve its stats. This can have various affects from increased damage to reduced cooldown time. Both weapons and hacks can be fused with duplicates several times. Here’s hoping that as the game grows, the fusion mechanic will become more developed and dynamic.

A large part of the fun comes from how Hyper Scape handles mobility. While it incorporates all of the classics such as sprinting and crouching, the star of the movement controls is the Double Jump. This is a standard action that allows players to take advantage of the city-like environment of the map. Players also have a ledge grab, meaning that as long as they hit a climbable ledge with their upper body, they can pull themselves to safety. This adds a parkour element that while simple, is fun to play around with.

Finally, there are the Hacks. While many MMOs make use of abilities and skills that can be used to get an edge, Hyper Scape has distilled them into collectible items. Players can have up to two Hacks “equipped” and can use fusion to boost their effects. The hacks are quick, easy-to-use, and allow for different play styles. While the number of Hacks is diverse, they can feel unbalanced, as some are far more useful than others. Hopefully, this will be addressed in future versions. 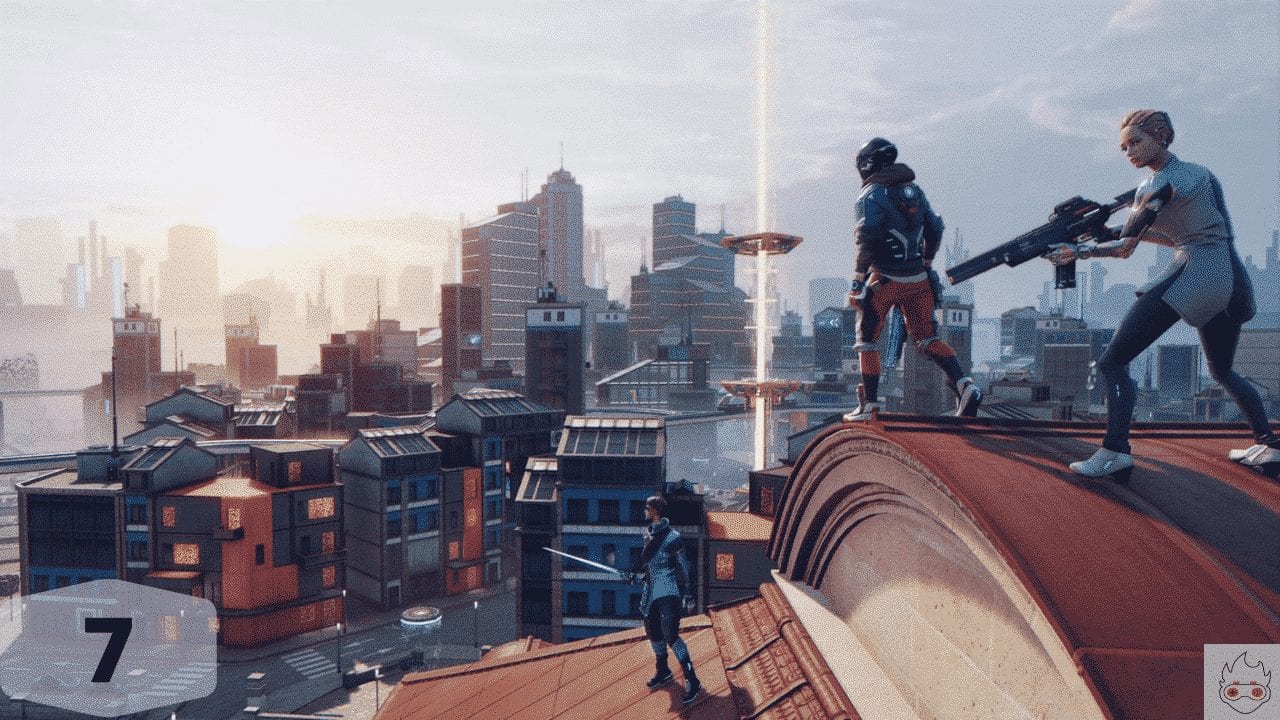 Hyper Scape Season 1 is a fast-paced battle royale set in a virtual playground available on PS4, Xbox One, and PC. While the whole experience is currently fun, there’s plenty of potential and room for growth. With that, this title is deserving of a solid 7. If you’re looking for a quick match with lots of jumping, log into the Hyper Scape.