In The Dark Demo Impressions | How to Light Up a Room 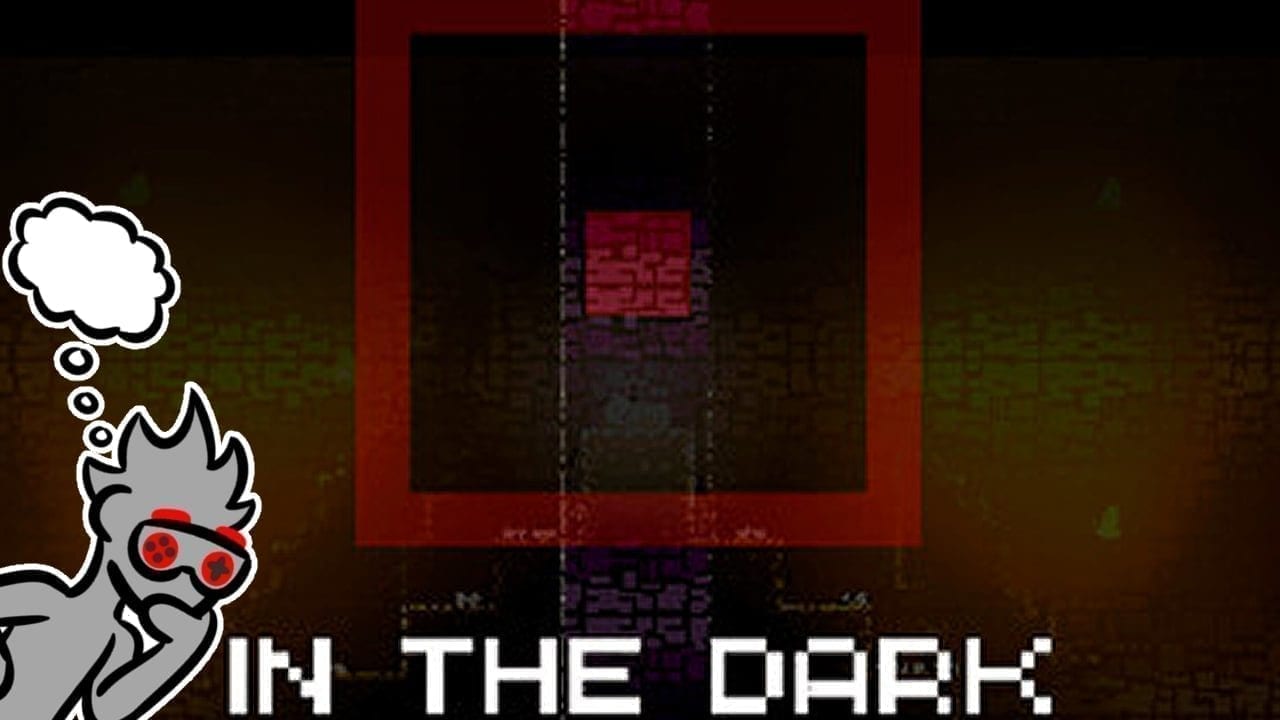 Many people consider fear of the dark to be silly or childish, which doesn’t make sense. It’s not just being afraid of dimly lit spaces, but rather of the unknown. So, what better way to overcome that fear than to plunge someone right in? Developer Jasper Tucker does this with their upcoming game In The Dark. The player controls a nameless figure descending into a deep pit in order to reach some sort of goal. With multiple routes to take and places to reach, the demo allows us to shine a light on this growing adventure.

Sometimes the best kind of story is one that infers or implies rather than states outright. There’s plenty of fun in being able to make your own story and context experiences throughout In The Dark. According to entries that players can find during their descent, it appears that the nameless white silhouette has been on the trail for quite some time. Their goal seems to be to reach the bottom in one piece, but they’re also referencing personal thoughts and outside doubts. It’s the kind of story that sort of hands itself to players in order to fill the blanks and make their own judgment.

Time in the Spotlight 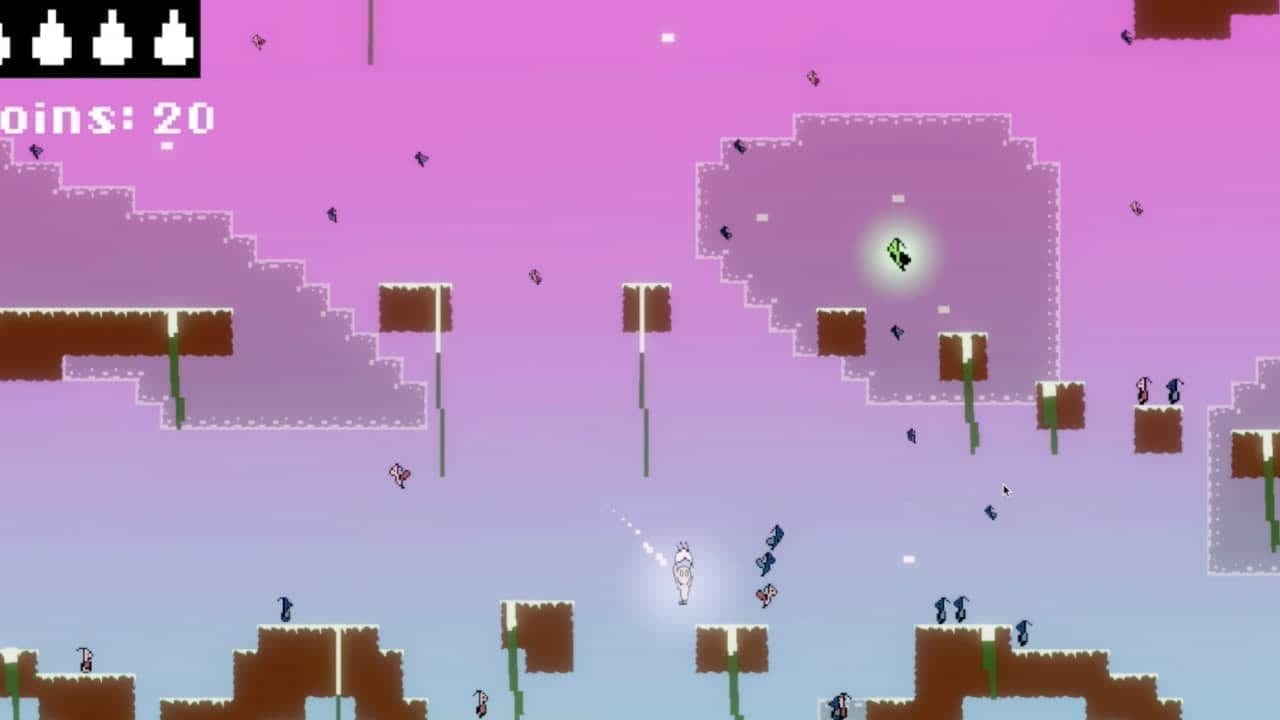 Ironically, a game that takes place In The Dark has many bright moments. The brightest is probably the overall tone and subtlety. Going back to darkness having a strong connection to the unknown, the game presents this quite effectively. The amount of information we’re given is very little, creating a true sense of being lost in an alien environment. Even the assets clash with each other: The plants look like weird creatures while large purple pots are scattered about. The creatures lurking around have similar color palettes that link them but are otherwise have nothing connecting them.

Modern games have a brightness slider that players usually encounter even before the menu. However, this game relies on its darkness in order to emphasize the deliberate use of lighting. Throughout the caverns, the silhouette will wander past numerous light sources of varying colors. Though they have a personal light source, the environment lights shine brighter. The clashing colors help feed into a feeling of unease and discord all over the surroundings. Sometimes, it’s never clear what is and what isn’t really there.

Lastly and perhaps most interestingly is how pacing is handled. In The Dark seems to cater to both quick and cautious gameplay. Enemies and hazards are quite visible within darkness, but branching paths require a moment’s thought. Movement, jumping, and attacking is fast enough that courageous and confident players will have no problem speeding through. Segments alternate between peaceful and chaotic, providing both levity and tension respectfully. 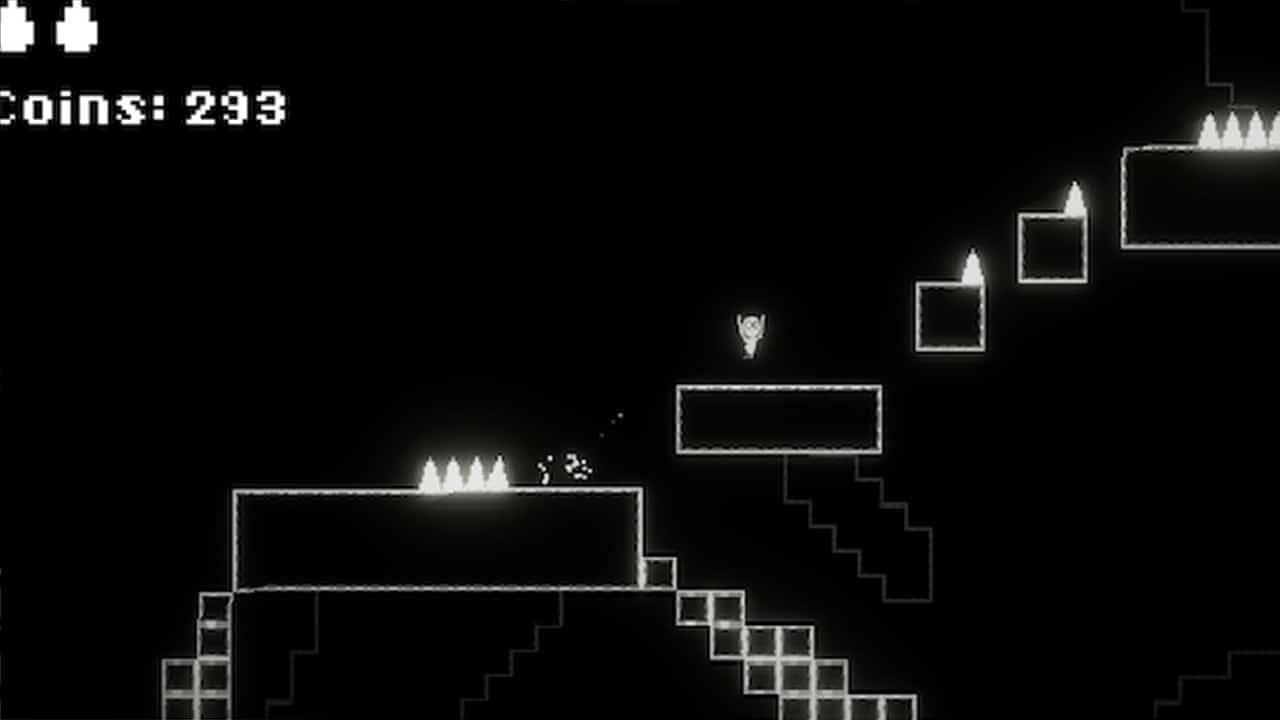 Sometimes a game about the dark can be a little too dark. In The Dark has some elements that are difficult to move through. The most difficult are the controls and gameplay. Though they are fast, they’re not the easiest to use. Currently, the only control option is to use a keyboard, which doesn’t feel like the best choice. There are moments of running, jumping, and attacking all at once that could use better button coordination. While some may not have a problem with it, I think most have become more familiar with using a controller for platform games.

Then there’s the combat, which you’ll encounter during this dark pit adventure. Enemies are frequent, but they aren’t exactly hard to dispatch. They’re usually easy to avoid or ignore, and pose little challenge in a fight. Small ones fall quickly while large ones are easy to dodge and counterattack. On top of that, enemies are extremely vulnerable to hazards, and seem to make no effort to avoid them. Even the boss is a pushover, firing projectiles so heavy that they fell from the sky.

Is There a Light at the End? 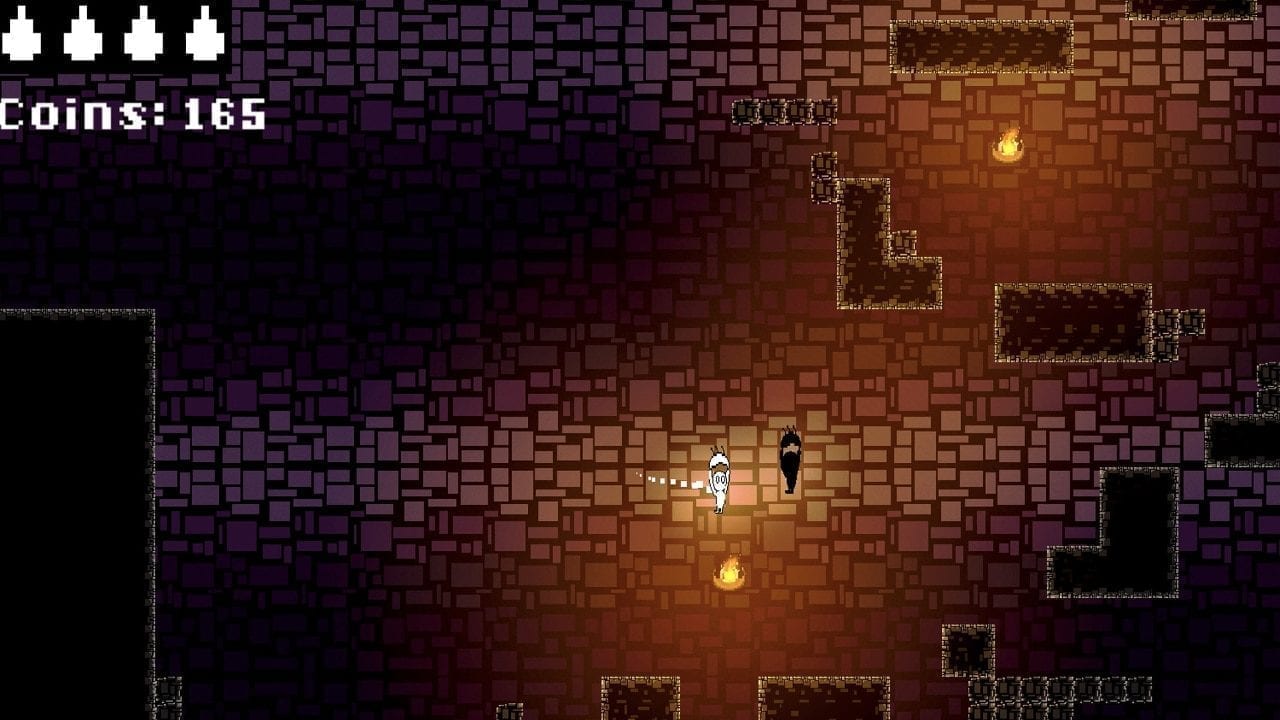 Even though it’s not a tunnel, the huge pit of In The Dark has something shining at the bottom that we’ll hopefully see next year. On the bright side, the presentation of the unknown feeds and fosters curiosity encouraging explanation. The other side has some control and combat outcasts that need some more time to develop. The New Year is beginning and with games like In The Dark on the horizon, things are looking brighter.