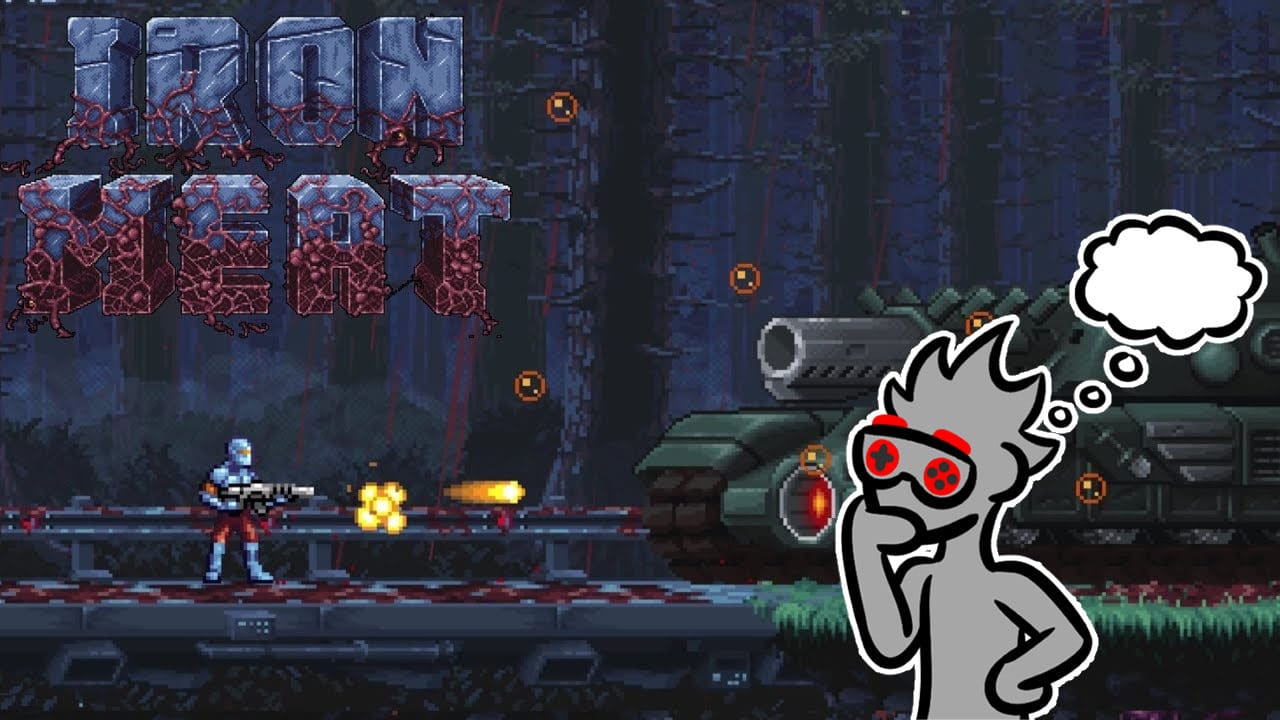 One of the creepiest things to perceive is the thought of merging organic with inorganic material. This is why the concept of cyborgs and fleshy robots has always been unsettling, but makes for great storytelling. The developer Ivan Valeryevich Suvorov has gone an extreme route by creating a world where fleshy machines are monstrous. This is the world of Iron Meat, an upcoming run-and-gun 2D game similar to Contra. The player controls a nameless soldier fighting through legions of meaty creatures and technology with whatever weapons available. Harking back to old days of the SNES, the Iron Meat demo gives us quick play and challenge…

Some of the biggest names in classic gaming never have clear or even discernible stories at times. At best, it’s all contextual and usually the actions of the player help fill in the gaps. That’s what’s happening in the Iron Meat demo and it makes a pretty clear statement: Metal flesh monsters are killing everything, kill them back. The goal of the levels appears to be get from the start to the end and kill the boss blocking the exit. Whether or not a story is necessary, in-game circumstances quickly thrust the player to fight and survive. 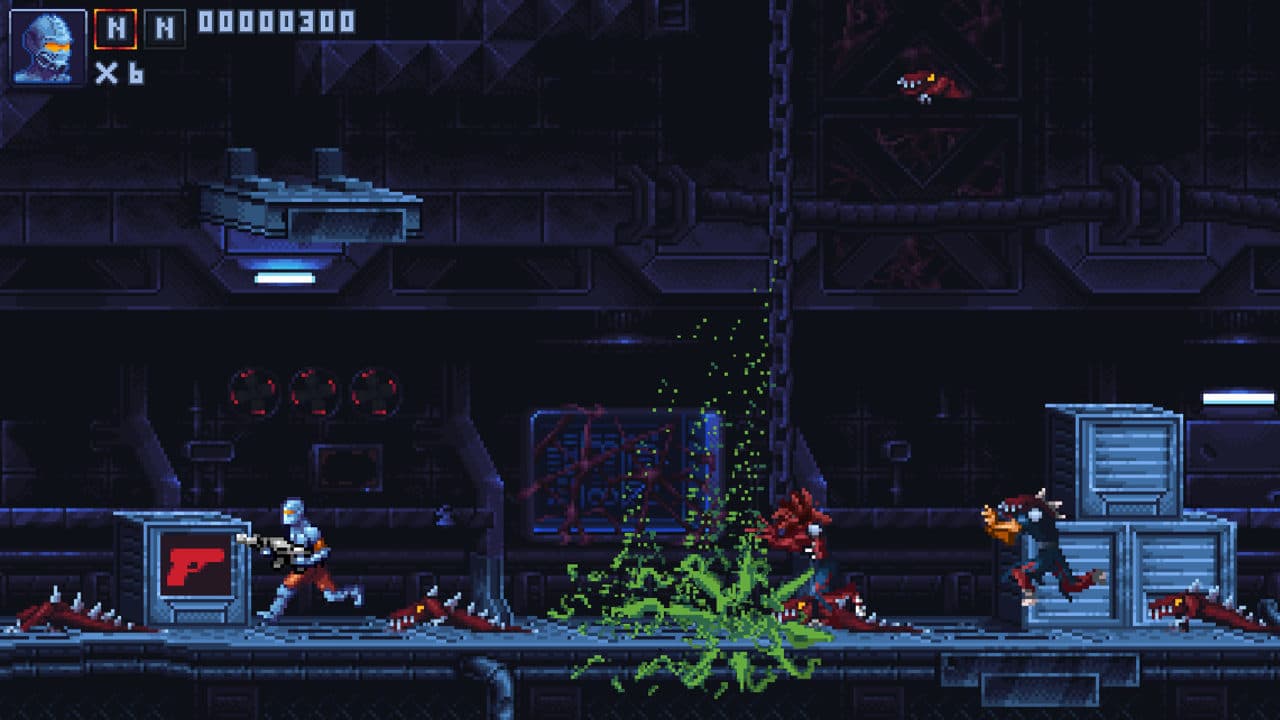 Like thick stew, Iron Meat has a lot of flavorful things floating around like the gameplay. Run-and-gun games are nothing new, but its value goes unseen as games that are easy to pick up and play. As soon as the level starts, the player gains control within seconds with a tight grip too. Movement is constant but stable, giving players plenty of time to see and react. Shooting is nice and shots have a noticeable impact that feels good when fighting the bosses. Jumps are consistent and instant, allowing players to get familiar with the arcs and control easily.

There’s also stuff to be said about the pacing and the content. The game doesn’t shy away to fill the screen with plenty of dangers to ramp up the chaos. From wall-lurking hazards, to ground turrets and running baddies, there’s plenty to shoot and avoid. There’s a lot of variety in enemies even in the same category that makes everything feel distinct from each other. All of this creates an environment that pushes the player forward encouraging constant progression. This makes every brief encounter with enemies feel like a tense firefight before moving on.

Aesthetically, the Iron Meat demo stew looks and smells very good. The pixel art style meshes well with the style of game they’re making. The game captures a piece of the old-school NES and SNES difficulty, which is pretty refreshing. The soldier doesn’t have health, but rather a large cache of lives, losing one with each hit. This gives a greater sense of caution and urgency to get through the levels quickly yet carefully. While losing at all restarts the level, they’re short and fast enough that it’s a reasonable setback.

Stew is a messy dish and it’s hard to make it perfect. Usually there are some bites that don’t sit well on the tongue and the Iron Meat demo has a few.

One of those bites is how platforms behave. Mechanics allow for players to jump and fall through a majority of platforms but it isn’t always stable. There were a few moments during the play-through where falling through didn’t work and led to unnecessary death. This might be a small issue in theory, but a big problem in repetition.

The second sour morsel is the variety of weapons. While run-and-gun games pride themselves on having a number of different toys to play with, Iron Meat is lacking a bit. There are a number of weapon varieties, but their differences are slight to almost being inconsequential. There’s a nice system of collecting the same weapon to upgrade it, but certain weapons are far more desirable than others. On top of that, the RNG makes it tricky to aim for the upgrades you want.

Lastly, although this is minor, the local co-op restriction is disappointing. There’s reason behind this as it attempts to capture the good old days of couch co-op. Problem is that it’s hard for people to get together nowadays and so an online option would be preferable. 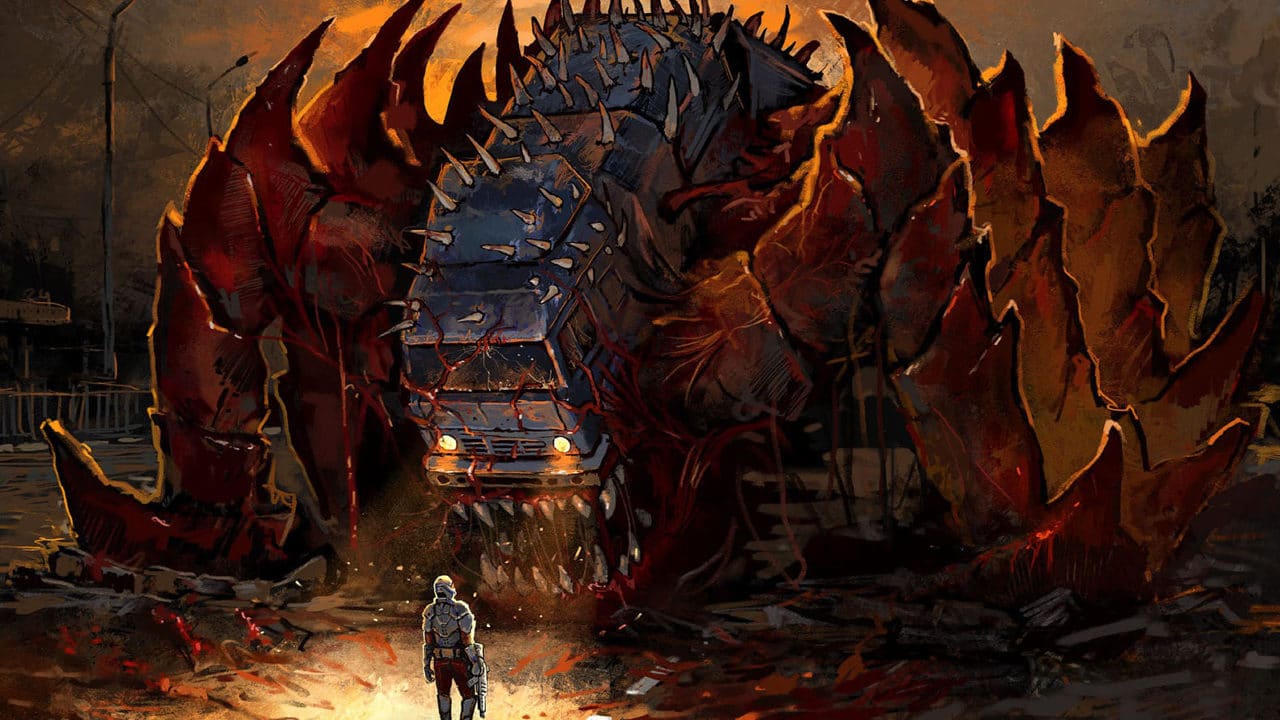 Iron Mean is on the way to the table, supposedly this winter! If the appetizer has anything to say, the main course will contain a lot of run-and-gun levels full of enemies and bosses. The fast-pace control and rising challenge make for a fun experience that could use a bit more seasoning and refinement. While we wait for this stew to simmer to perfection, the Iron Meat demo is here to meat us partway.