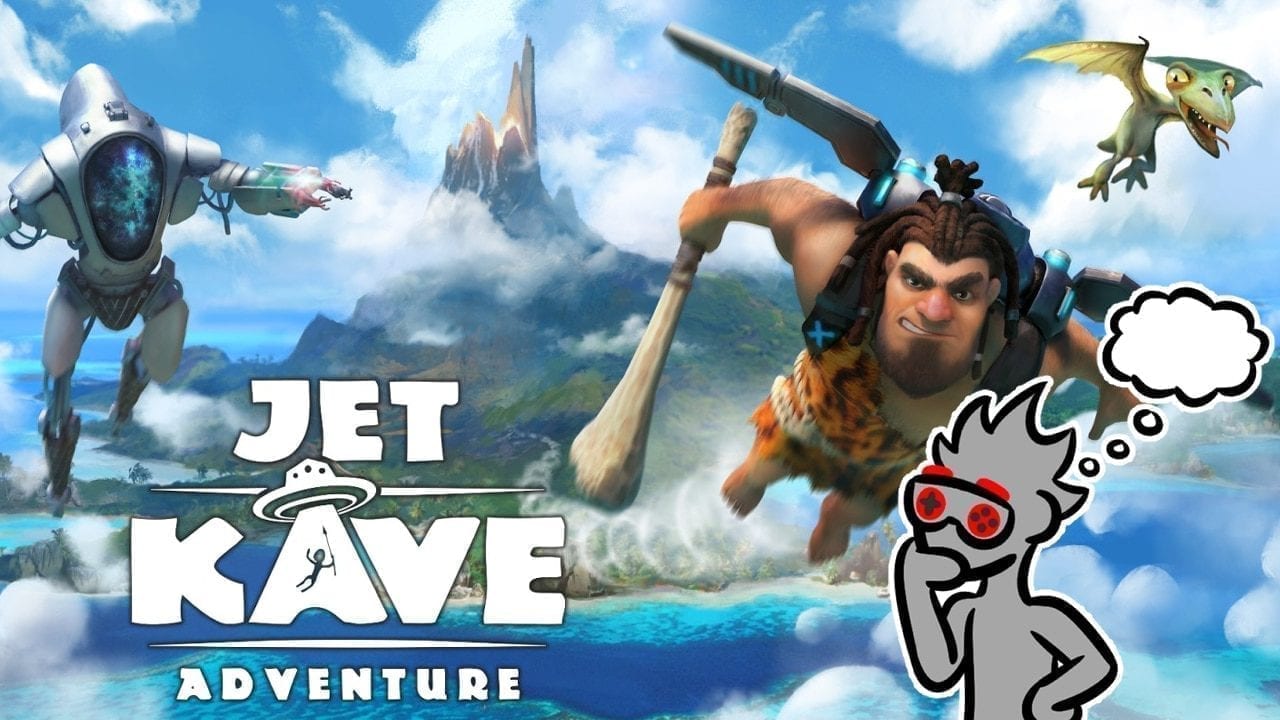 When it comes to history, pre-history is an area of the timeline that doesn’t get as much attention as others. Maybe it has something to do with the fact that it’s a time BEFORE history but that’s just conjecture. Because of this, there’s a niche to fill with pre-history fiction and the developers at 7 Levels S.A. have taken a shot. Their contribution is Jet Kave Adventure, which is set to release this January. The game follows a caveman who finds an alien jetpack and sets it off to stop an alien invader. With the promise of jetpacks, the Jet Kave Adventure demo is already looking good.

You would think a game about cavemen would open up with a cutscene using cave wall art… and it does. Following that though, there’s a short in-game cutscene showing the main character, Kave, being banished from his clan. The reason for this isn’t clear, but Kave gains new purpose when he sees a spaceship crash nearby. Upon finding the ship, the alien pilot attacks him and then leaves to erupt a volcano in an attempt to repair their ship. Kave salvages a jetpack and then sets off to stop them. Stopping an alien menace in order to impress your former clan? Let’s do it. 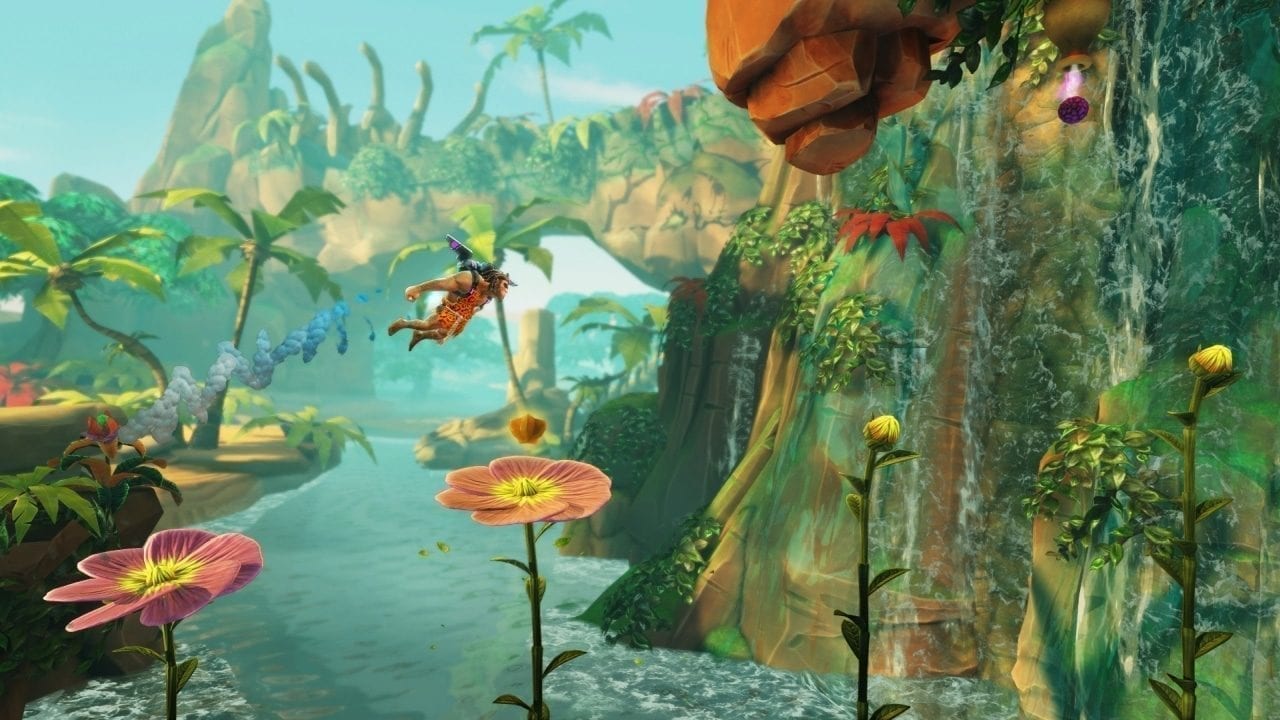 For a caveman, Kave has some pretty modern moves at his disposal. Let’s start with the jetpack and how it plays. After learning the basics in the first level, Kave gets the jetpack and all the power it contains for now. It essentially acts as a double-jump that recharges upon landing — giving jumping a strategic slant. The jetpack also has a dash function for extra distance that doesn’t use ‘jump’ fuel. This puts a lot of focus on the jumping making it both fun and a solid challenge.

In addition to jetpack, the levels in the Jet Kave Adventure demo have a good amount of content and variety. Kave has a move-set that allows for exploring high and low. This allows for a lot of options in exploring and ways to deal with enemies and get past obstacles. Levels have an equal balance of platforming, combat, and gimmick that makes that enjoyable. When you’re not using your jetpack to ascend a shaft you’re using it to dash away from a mammoth. Pretty much everything has a reason why you would use the jetpack.

Finally, there’s the overall light-hearted feeling of the game. It’s comical and absurd in many ways which makes for a good experience. It’s got a caveman with a jetpack chasing aliens and fighting dinosaurs across different prehistoric environments. Everything is soft and colorful making it pleasant even during frustrating moments. If the demo is anything to boot, there’s more silly chaos to come.

A Few Stages Behind 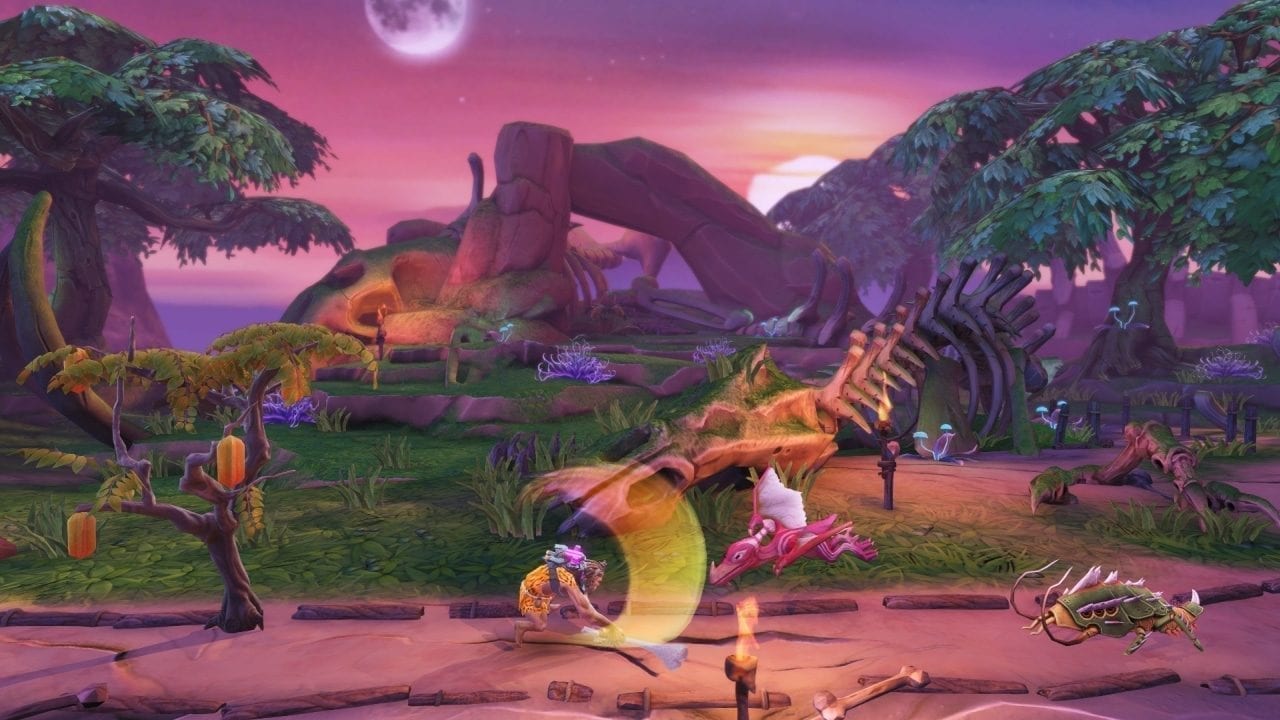 Despite everything that Kave can do, he is still a caveman who could use some more time to grow. One thing that could use some particular attention is the health and life system. Kave starts with three hearts and two food notches which don’t seem like much. However, when you take into account that food is everywhere and enemies die quickly it almost seems too much. Food notches act as emergency health which players can use any time and fill up quickly.

Next, there are enemies and combat. There’s a decent variety of foes to fight and many ways to battle, yet they pose no threat. Every enemy in the Jet Kave Adventure demo falls with just one hit, whether it’s from a melee or ranged weapon. In addition, most enemies don’t have complex movements or attacks that are tricky to avoid. Their movements are predictable to the point where you almost feel sorry for them. Even the one boss encounter had attacks that were almost by the books.

How can we talk about a platform game without mentioning the collectibles? So far, there’s food, currency, ammo, and super-secret gold statues. While most food isn’t necessary and ammo isn’t high-priority, the main treats are the statues and currency. Each level only has one statue so the most collectible item is the currency represented by shells. Despite currency actually having value, it’s not satisfying to collect them since the caches are so small. What makes it worse is that there are so many hidden areas that hide paltry amounts of shells. 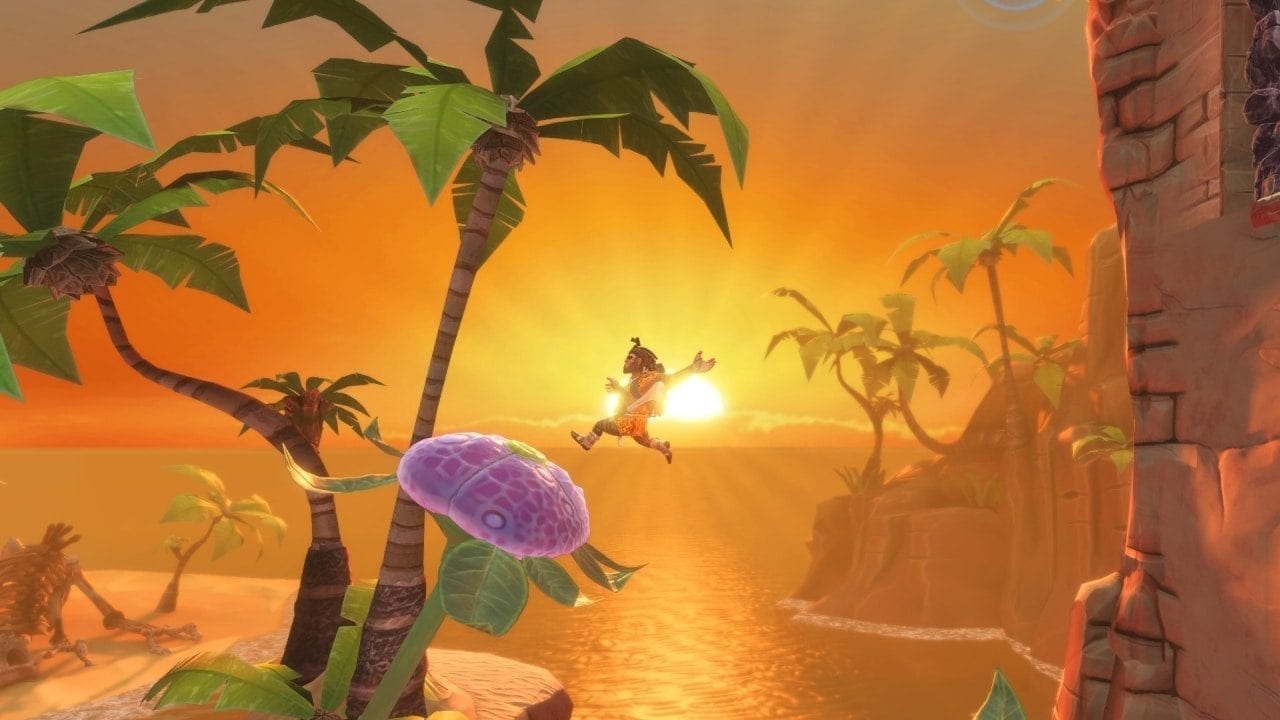 A game about cavemen is close to being out of this world but won’t break the atmosphere until later 2021. It’s a colorful pre-history romp that’s enjoyable and free of stress, though the overall ease of it may reduce the satisfaction and replayability. There are plenty of ways to add a greater challenge and clips of the full game show more complexity. If there’s a game you’re gonna cave and buy, maybe make it this one.

If you’d like to try out the Jet Kave Adventure, you can download it for free on Steam. The full game is set to release on January 15, 2021.