La-Mulana 1 and 2 Review | Archeology at its finest 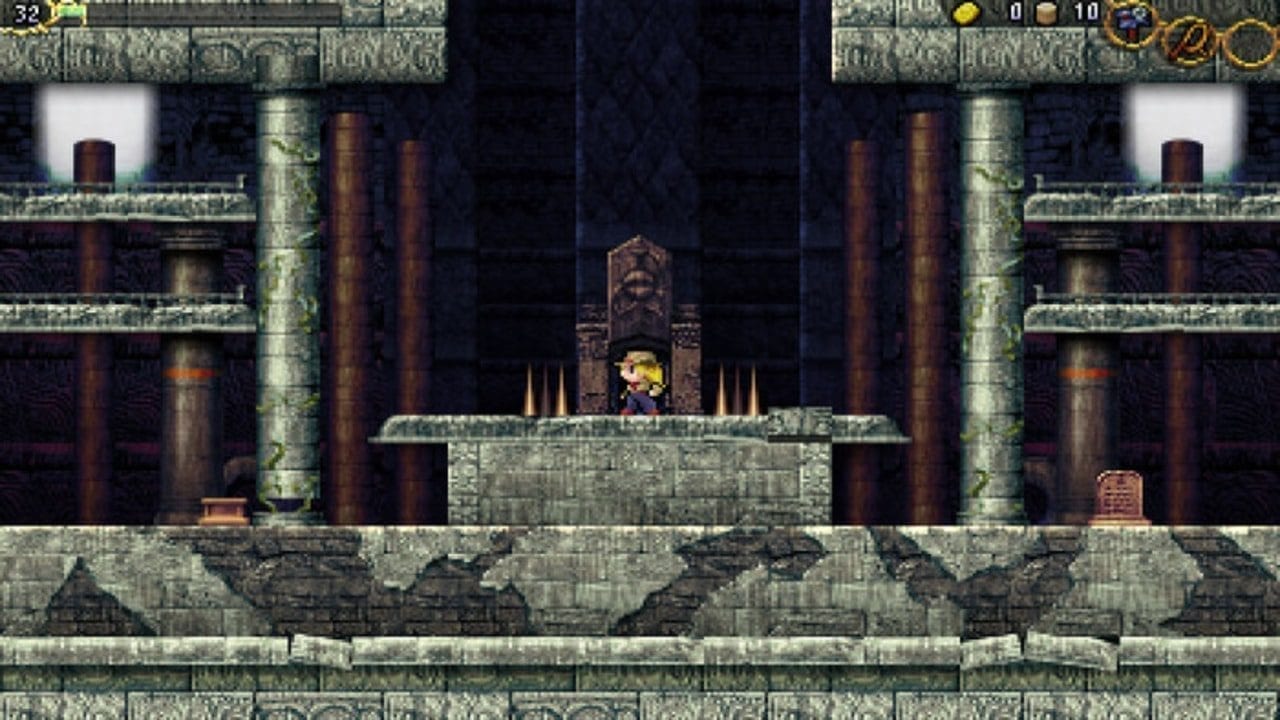 Ever since I was young, I have always been a fan of Indiana Jones and history. I have always loved the concept of exploring the ruins of past civilizations to find the secrets they may hold. This was something many films and books in the past have always attempted to explore, but there are not many games that explore this idea in the present.

So, with that said, I’m pleased to say that La-Mulana 1 and 2, not only explore this idea, but they do a heck of a job. Both games unique were settings were instantly captivating, and their wonderful cast of characters only added to the fun. Further, I was impressed with how it balanced the fine line of being challenging to play but still enjoyable.

For Guide Fall’s La-Mulana 1 and 2 review, I will be starting with a brief history of the game, then we will move on to the overall gameplay, story, controls, music, sound, art and then a final overview and closing thoughts. So, grab your fedoras and whips because we are about to dive into the ruins of La-Mulana!

The History of La-Mulana

La-Mulana was originally a 2D side-scrolling action-adventure game that was first released back in 2005 in Japan as freeware. The game was developed by a Japanese indie studio named GR3, which would later become NIGORO.

Thanks to translation patches, La-Mulana became fairly popular worldwide. This resulted in a remake of the first game in 2011, which received a Steam and WiiWare release, where it gained further recognition. ln 2018, the hit game got a sequel in La-Mulana 2 on Steam, which brings us to where we are today. The Story of La-Mulana. 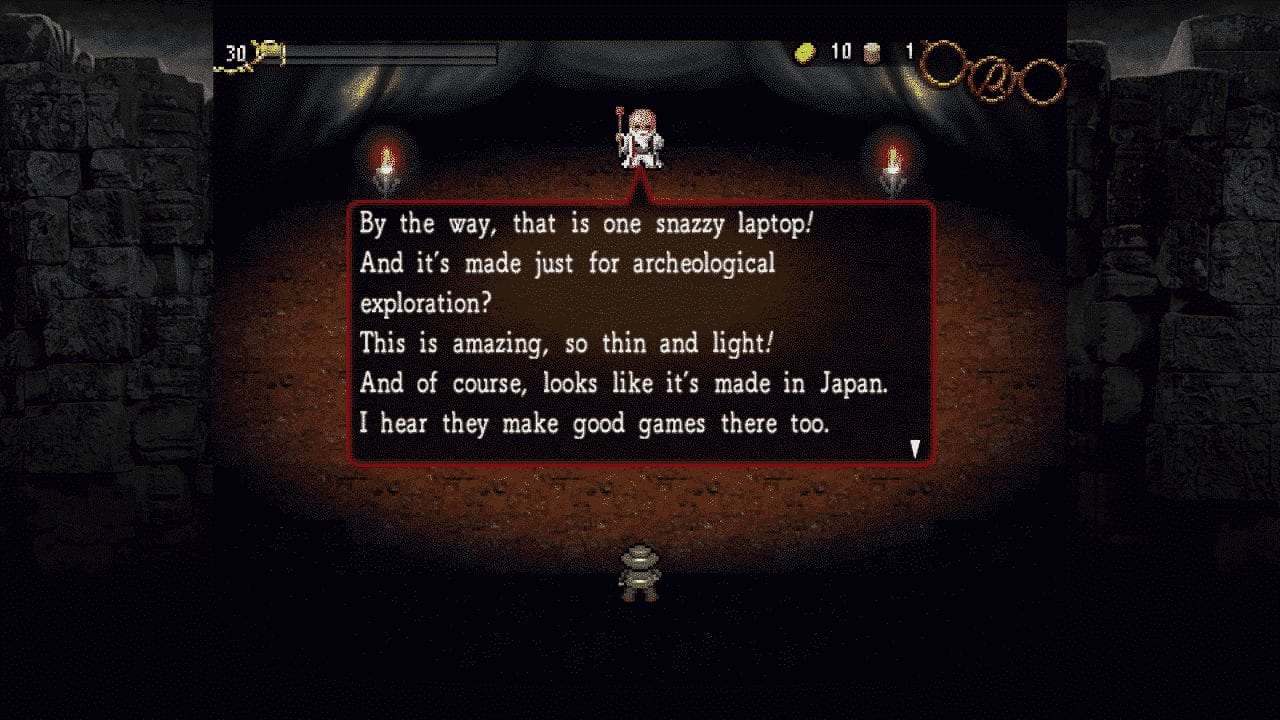 In the first La-Mulana, you play as an archaeologist named Lemeza Kosugi who loves curry (this is a running gag throughout the game, if you pause the menu he will be seen eating a bowl of curry.) He has set out to learn the secrets of the ruins of La-Mulana, rumored to be the origin of all life on earth.
Along the way, Lemeza will meet tons of interesting characters, my favorite being the game’s mascot: Mulbruk. He will also have to battle many monsters and bosses to find treasures and artifacts which will help him survive the dangerous ruins of La-Mulana.

In the second game, you play as Lemeza’s daughter: Lumisa. She has made her way to La-Mulana, following in her father’s footsteps, to make her debut as an Archaeologist. In her journey, she will meet many different characters from the first game, as well as some new ones.

Now that you’ve got an idea of the plot, let’s get into the meat and potatoes of the La-Mulana games, starting with gameplay. Oh boy, these games are brutal, cryptic, and confusing as hell. However, my dear readers, do not be discouraged. Despite the brutality of these games, it was quite enjoyable, and I am someone who is not the biggest fan of this genre of games.

Let us start by saying the ruins are not the safest places to explore, and will take every single opportunity they can to kill you. This is reflected heavily in the game’s design, as both are comprised of challenging platforming levels, filled with deadly traps. 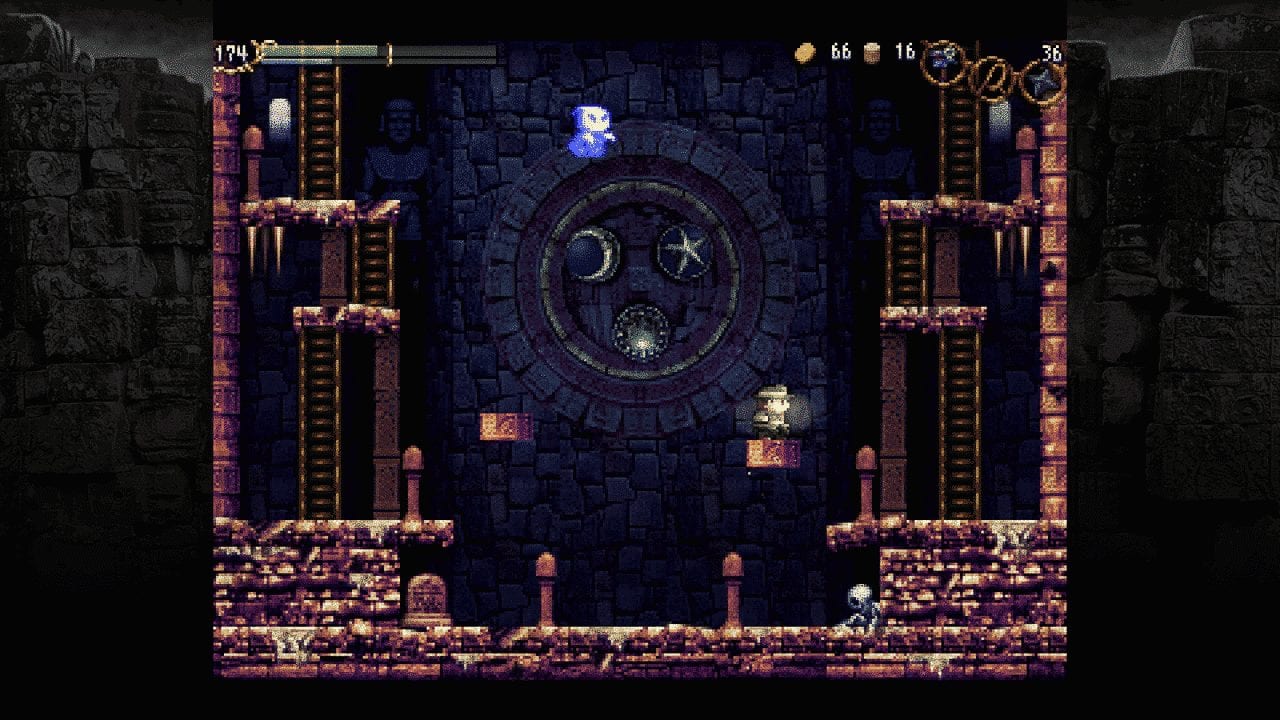 The game also has countless puzzles that can span multiple areas, which will either lead to traps, treasure, or even new areas. The puzzle design alone can make the game quite difficult.

As you might expect, I found a lot of the puzzles to be rather difficult — due to the very cryptic nature of the game. However, more often than not, the solution was right before my eyes. The reason behind this seems to be the in-game riddles that offer clues to the puzzles. These riddles can be found on the previously mentioned stone tablets.

In addition to all of this, there are tons of bosses or “Guardians,” which are powerful enemies that you must awaken with an item known as Ankh Jewels. Upon defeating the bosses, you’ll be able to progress further in the game. There are also mini-bosses called “Room Guards” who block sections of the map. Players will need special items to beat them and gain access to the rest of the map.

Overall, the boss fights were very well done and are both challenging and a real joy to fight. The developers also took special care to ensure that each enemy is unique, and even seemed to be influenced by a variety of folklore and myths. 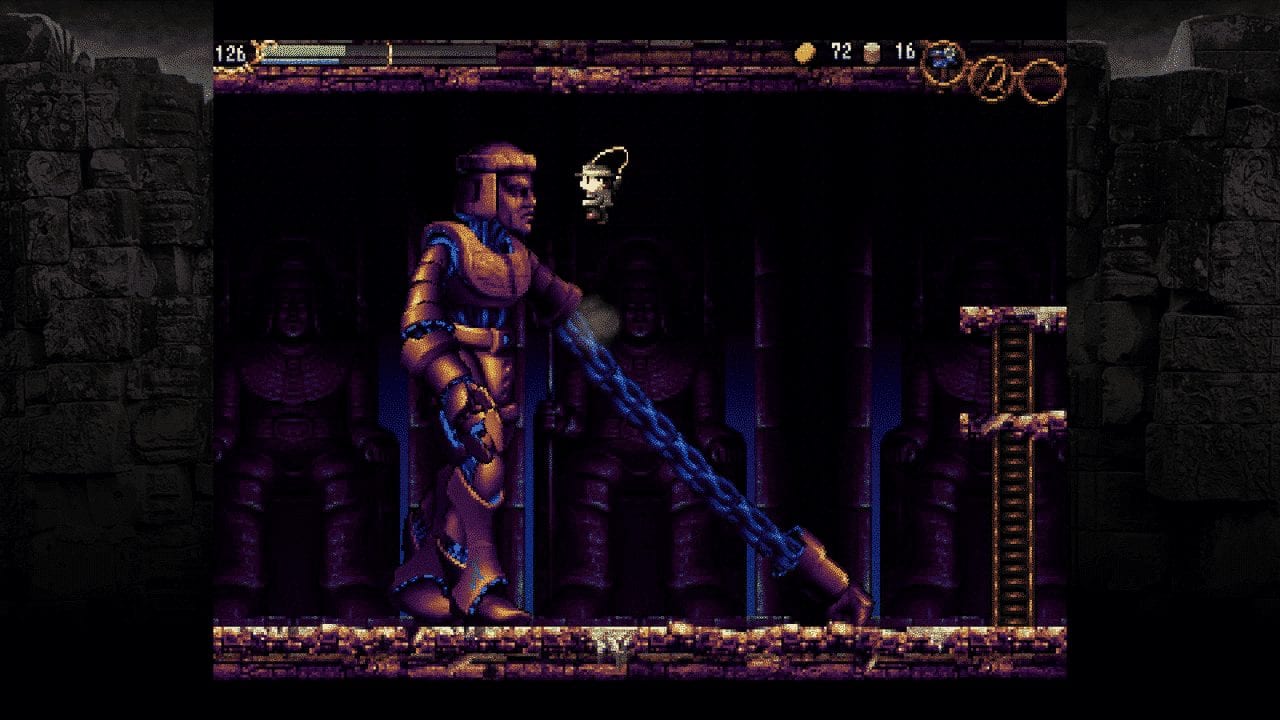 Enemies also had good combat variations, which made them fun to fight. If you look hard enough, you’ll even find some little tricks to kill them or just outright avoid them. For example, when the game’s leach like creature that I encountered in the Masuleiem level jumped at you, while it was in the air you could simply walk underneath it without taking damage. All of these aspects worked together to make La-Mulana a joy to explore and play.

There are also countless items for the player to buy from shops, which can be used during your time in the ruins. Players can also find weapons like katanas and flails in scattered about the different levels.

One of the many items that the players can buy from shops that caught my interest is a Glyph Reader. This is a program for your in-game computer that will aid you in puzzles within the Ruins. With this tool, players can translate stone tablets to unlock hints for the puzzles.

The shops and items in the game made the experience more enjoyable and were fun to try out on different enemies. The shops added an almost RPGish element to La-Mulana because I found myself going around the ruins and grinding coins to buy some of the more expensive items.

There is also a fast travel system in La-Mulana, which makes backtracking a whole lot easier. Once players find “Holy Grail” tablets they’ll be able to fast travel to the different tablets across the ruins.  Players will also be able to save their progress at the tablets, which will become quite useful.

La-Mulana’s art is also extremely detailed and interesting, as each level seems to take inspiration from cultures and real-world locations across the globe. NPCs portraits, which appear later on in the game, were also a nice addition to the game and made for an enjoyable playing experience. 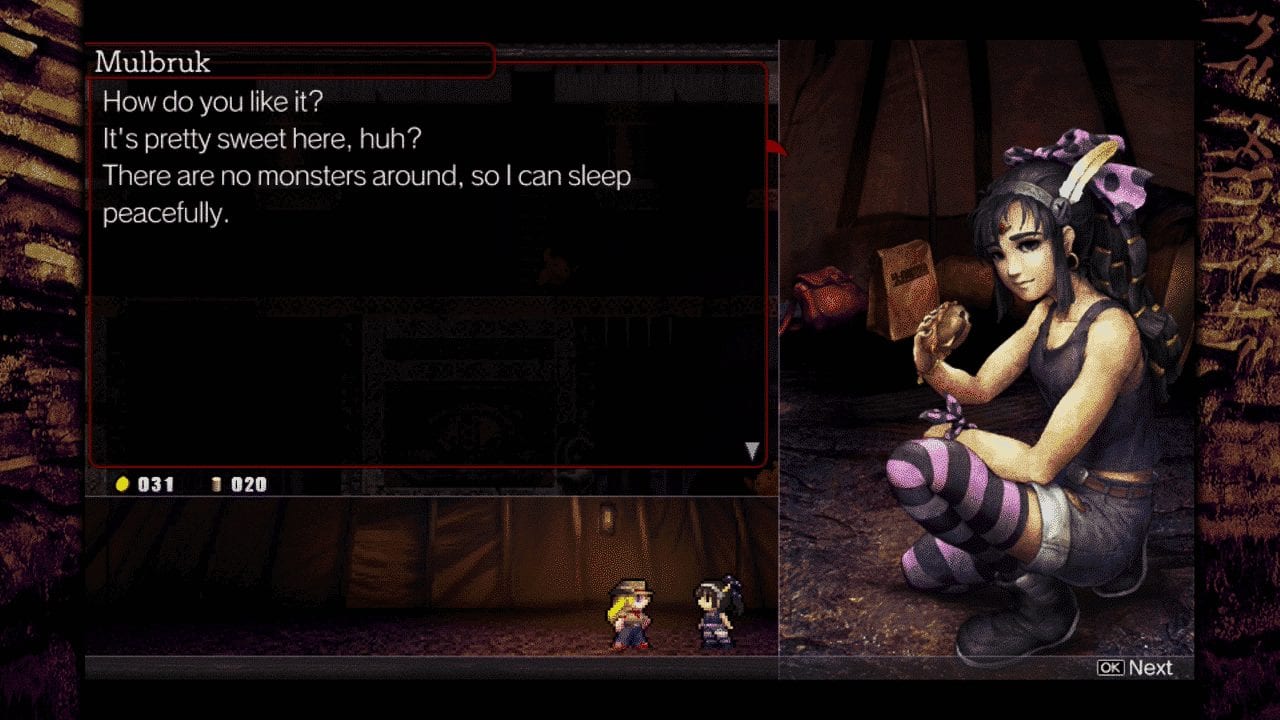 La-Mulana 1 and 2 Music and Controls

The controls for La-Mulana feel really comfortable on an Xbox One, and I had little problems moving around and performing various actions. The Xbox One release seems bug-free too, except for one issue involving the save files. Humorously, I noticed that it was saying I saved my game in 2014.

To go with the challenging gameplay of La-Mulana 1 and 2, the soundtrack fits the game perfectly. The songs seem to serenade you while you’re exploring the decrypted ruins and battling the many horrid creatures and bosses. The sounds of the games were spot on and were enjoyable to listen to, making for a great, immersive experience

One of my favorite about La-Mulana 1 and 2 revolves around the fact that it doesn’t hold your hand, and sets you out into the Ruins. This allows you to learn from your experience, just like the old days of the NES. The second game continues to improve upon what was lacking in the first game, almost perfecting it. Some of the many improvements I found in the second game were an updated, cleaner menu system and RPG like dialogue portraits for NPCs. 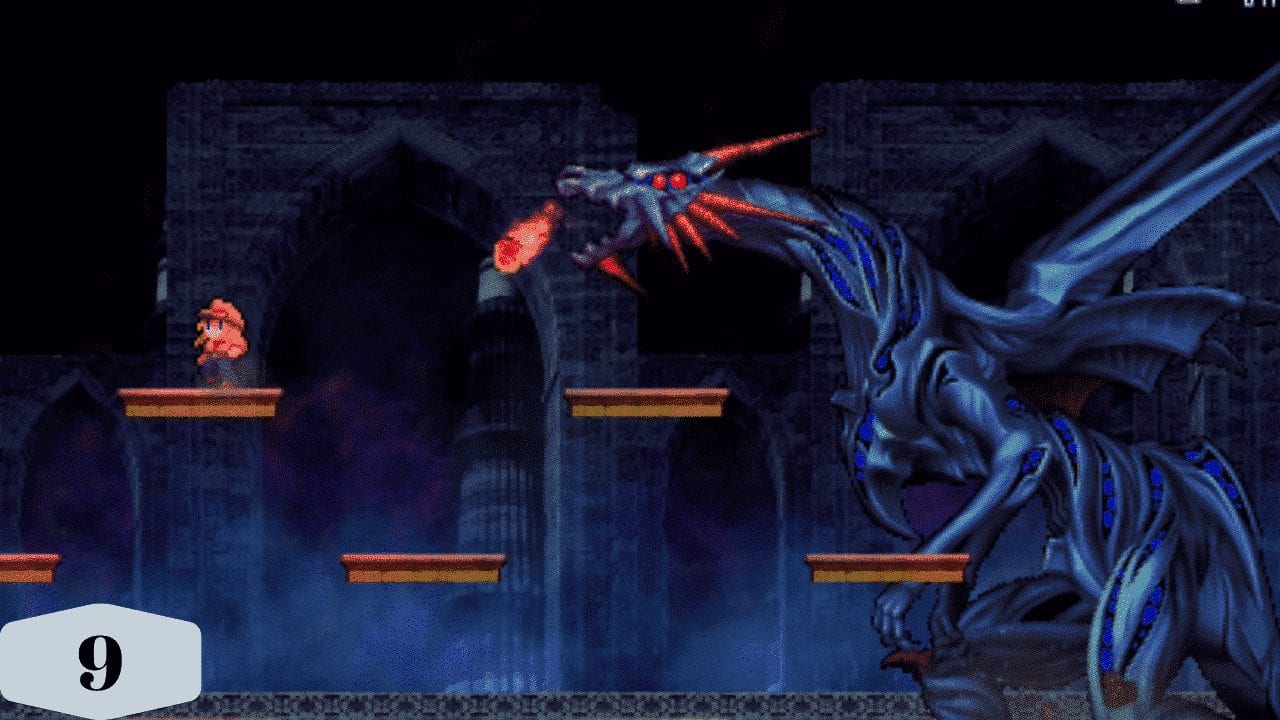 I honestly had a really fun time with La-Mulana, and you can tell that the developers put a lot of time into the project and did an exceptional job overall. The level of quality across the games, from the art to the cast of characters, really brings the world of La-Mulana to life.