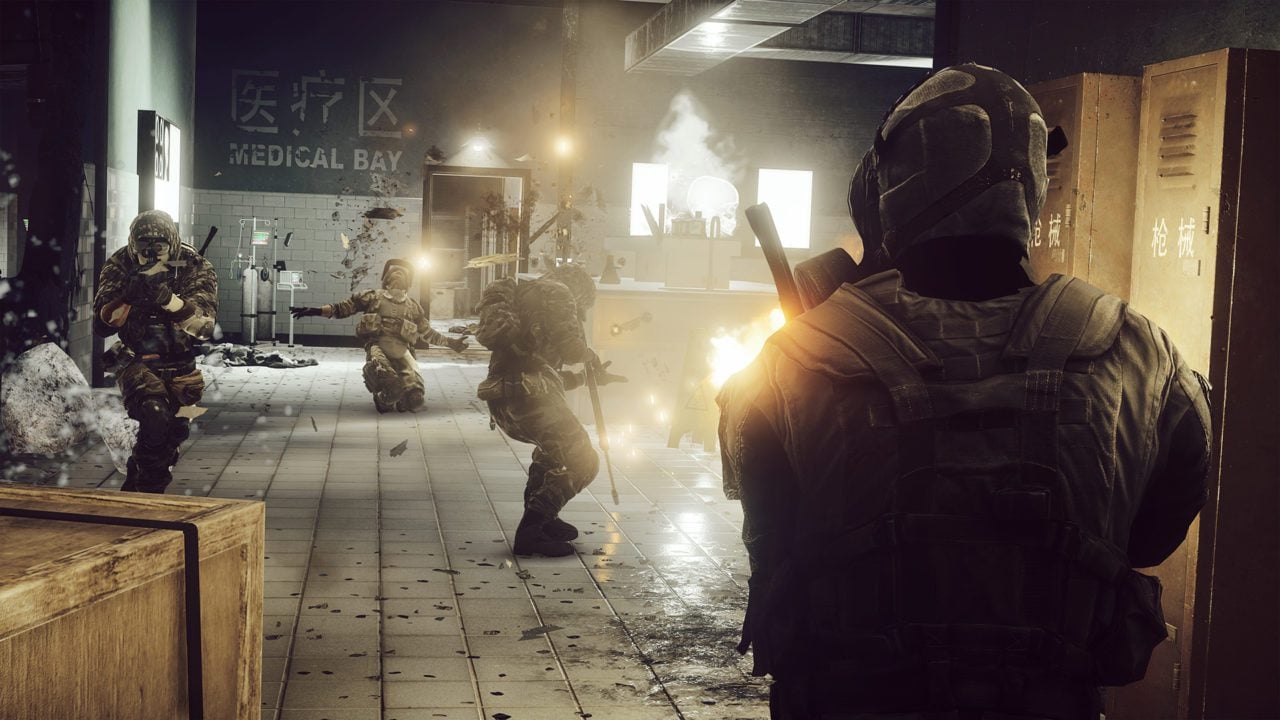 New leaked images from the upcoming Battlefield 6 have revealed more detail of the updated setting and gameplay. Developer DICE is due to formally reveal the game on June 9, but these leaks reveal footage that may be in the forthcoming announcement. Crucially, the leaked images show off gameplay, including a new and more robust player HUD.

The images supposedly leaked from a private preview event, as confirmed by renowned Battlefield leaker Tom Henderson. He previously shared leaked screenshots depicting a helicopter flying controls and a storm-ridden island. There are eight images in total, posted anonymously on Imgur, ranging from cinematic shots to first-person combat snippets.

Crucially, the heads-up display is greatly different to that seen in 2018’s Battlefield 5. More similar to 2013’s Battlefield 4, HUD text is a neon green, but from there the differences are clear. The mini-map glows red when enemies are nearby, and while it’s slightly unclear, teammates seem to appear as white arrows. The squads menu is still next to the mini-map, but now contains individual icons for each squad member. These HUD images come from Conquest gameplay, as A, B, C, D and E appear at the bottom – signifying each flag available to capture in that mode.

One element retained from Battlefield 5 is the visual markers for each gun, sidearm, and piece of equipment. The leaked images show a rifle, revolver, knife, and other tools, making it clearer to players what equipment they’re currently holding. When in a vehicle, the HUD remains the same, as evidenced by leaks of a futuristic jet in action. This further reinforces the near-futuristic setting that leaked months ago.

So close to the official reveal, these images are almost certainly from a trailer or gameplay preview. With only days to go until the launch, it won’t be long before Battlefield 6 is official, after so many leaks in recent weeks.