Madden 23 Best Defensive Playbooks | Which Should You Choose? 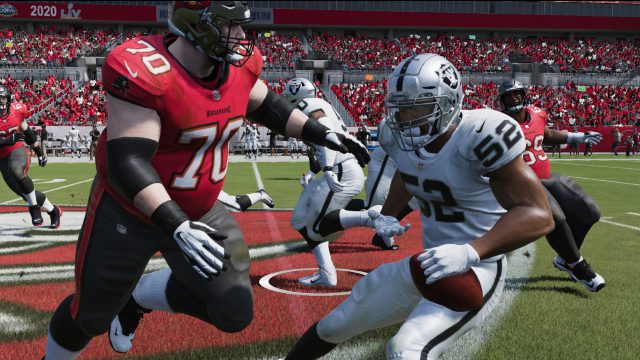 Madden 23 boasts a wide selection of defensive options and choosing just one to complement your team is a daunting task. With most players opting to go for fast-paced, high-powered schemes, the need to find a defense that can go toe-to-toe with the best offenses is integral in keeping up with the competition. So to help you get started, we’ve come up with a list of the best defensive playbooks in Madden 23. 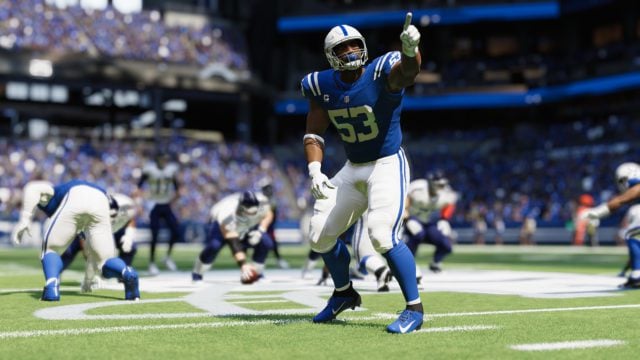 Possessing a diverse set of schemes that can stymie the opponent’s air and ground attack, the consistently popular 46 Defense is our pick for the best defensive playbook in Madden 23.

Each yearly Madden release brings new trends and strategies, but the 46 Defense has consistently retained its position as a top choice for both casual and pro players alike. Its collection of both run-stuffing and pass-breaking plays makes it difficult to strategize against and its versatility and adaptability enables it to go head-to-head against any offense, making it the best defensive playbook in Madden 23.

The 46 Defense offers a plethora of defensive tactics to choose from such as the Nickel 3-3 Cub, Big Nickel, and Dollar formations. With a majority of players opting to go for high-volume passing offenses, having both the Big Nickel and Dollar packages at your disposal becomes doubly significant as both of these strategies allow you to guard even the most proven offensive sets.

But if you’re tired of using the same 46 Defense year in and year out, we have a few other recommendations as well!

Historically, the Bears have always been one of the better defensive teams in the NFL. As young star Roquan Smith mans the trenches and upcoming talent Jaylon Johnson patrols the skies, there’s a reason why this team places an emphasis on defense.

With a scheme that exhibits nearly all the same formations as the 46 Defense, there’s no question as to why the Bears have one of the best defensive playbooks in Madden 23.

Though their playbook doesn’t offer the same Nickel packages as the 46 Defense, their sets are one of the few in Madden 23 that include the Big Nickel and Dollar formations, making the Bears defense one of the more versatile options in the game.

Throughout his tenure as a coach in both college football and the NFL, Matt Eberflus has always prioritized focus on defense. As a defensive coordinator for the Indianapolis Colts, he masterminded a turnaround of the team’s 30th ranked defense into one of the best in the league. Now, Eberflus is bringing the same core beliefs of hustle, discipline, and teamwork into the Bears’ clubhouse.

Throughout the years, no defense has arguably been more feared than that of the Baltimore Ravens. Since the era of Ray Lewis and Ed Reed, this team has consistently been at the top in terms of defensive capabilities and today’s team starring Marcus Peters and Marlon Humphrey is no different.

The Ravens’ significant selection of defensive schemes, particularly in their Nickel and Dime formations, make this one of the best defensive playbooks in Madden 23. Their Nickel package includes sets like the 2-4 Dbl Mug, 3-3 Cub, and 3-3 Odd, meaning you’ll have plenty of options to choose from to frustrate your opponent’s offense.

On the other hand, their Dime package also has a diverse array of sets such as the 2-3, 2-3 Will, and 1-4 packages, all of which have specific plays designed to limit both running and passing plays alike.

But what makes the Ravens playbook truly unique is their Quarter formation, which contains plays that focus on blitzing and pressuring the quarterback in order to create quick turnovers. Mixing this in together with the other sets available in your game plan will have your opponents struggling to keep up.

Being able to choose from such a broad selection of plays is what makes the Ravens scheme a persistent presence in the meta and one of the best defensive playbooks in Madden 23.

“Offense sells tickets, but defense wins championships” is a saying that rings true both in real life and in the game. With our guide to the best defensive playbooks in Madden 23, you’ll be one step closer to winning it all.