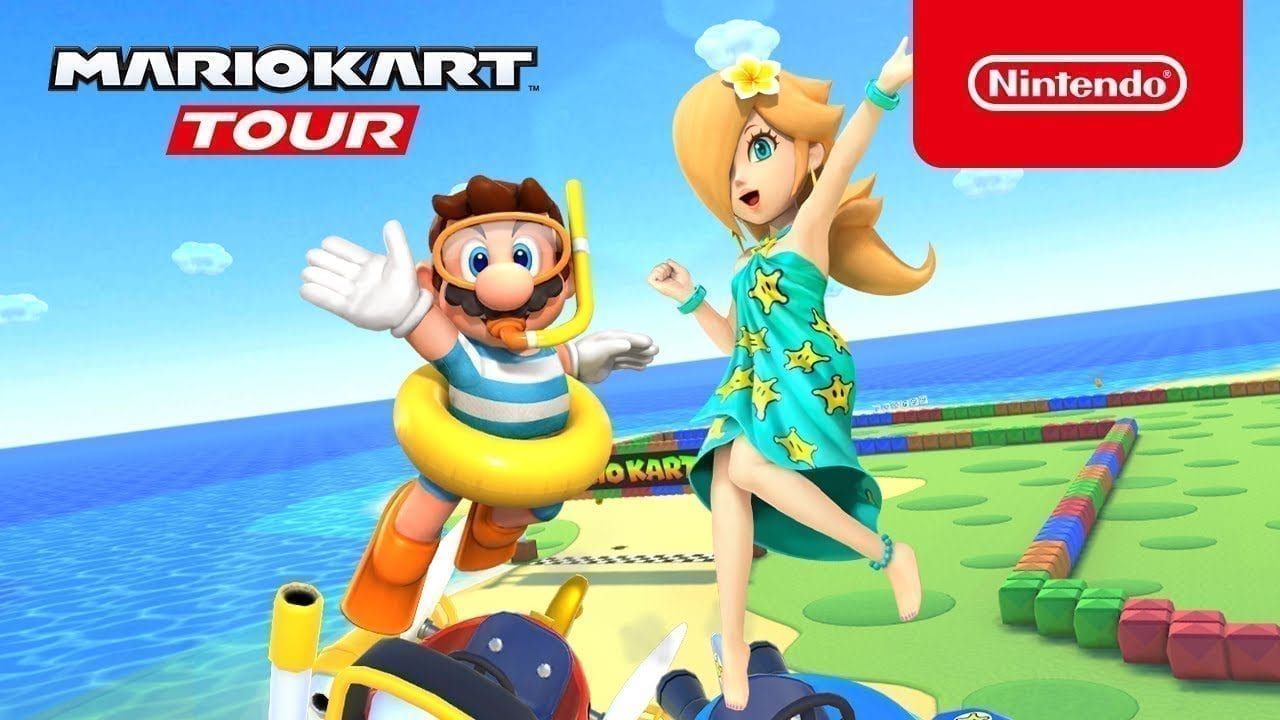 Nintendo’s mobile racing game based on the hit plat-former series Mario has announced a limited-time summer-themed event. The Mario Kart Tour: Marine Tour will run from July 1-14 and will bring two new bathing suit variants for Mario and Rosalina, along with fish-themed karts, gliders, and more.

Marine Tour will introduce Koopa Troopa Beach 2 as it’s signature summer track and will focus on the swimwear characters, Rosalina and Mario. The event will be split into two weeks, with the first week placing the spotlight on Rosalina while the second week will be on Mario.

The Tour gifts for the event consist of the BBIA Parafoil glider, the Biddybuggy kart, and the Koopa Troopa character, which require 30, 75, and 165 Grand Stars respectively. For players who own the game’s Gold Pass, the Droplet Glider, Soda Jet kart, Rosalina (original), and the lustrous Gold Cheep Snorkel are available for 60, 120, 165, and 200 Grand Stars respectively. Grand Stars can be obtained by completing tours, daily challenges, and earning points in races.

Fans of the Mario series will likely notice references from older games during the event. For example, the signature track, Koopa Troopa Beach 2, first appeared in 1992’s Super Mario Kart, and was last seen in 2005’s Mario Kart DS. Additionally, Mario’s swimwear outfit is the same one seen in the recent Super Mario Odyssey.

The multiplayer mobile racing game was released back in 2019 and is the fourteenth entry in the Mario Kart series. The game features classic characters and maps seen throughout the Mario series, like its predecessors. Unlike previous titles, this installment utilizes a point-based system in its races instead of relying solely on being the first to reach the finish line. The points will then grant the player Grand Stars used to unlock tour gifts, while coins are used in obtaining new drivers, karts, and gliders.

Mario Kart Tour: Marin Tour will be available on iOS and Android devices.