Marvel’s Midnight Suns Moon Seals | How to Get 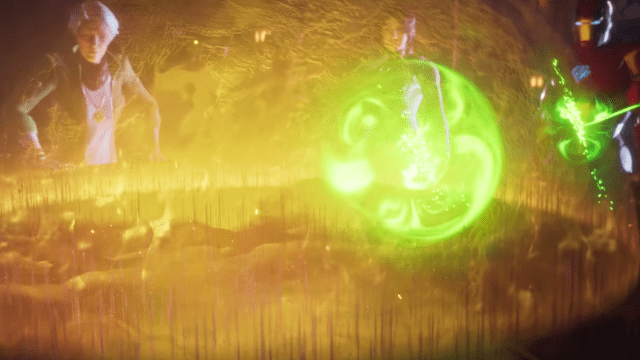 The Moon Seals are an important part of Marvel’s Midnight Suns. If you ever want to explore the abbey, you’ll need each of these trinkets. The abbey is full of secrets and items, so you will want to explore it as soon as possible. However, outside of the first seal, you’re going to need to look far and wide for these items. Let’s go over each seal so you can crack the abbey of Marvel’s Midnight Sun wide open!

How to Get Moon Seals in Marvel’s Midnight Suns 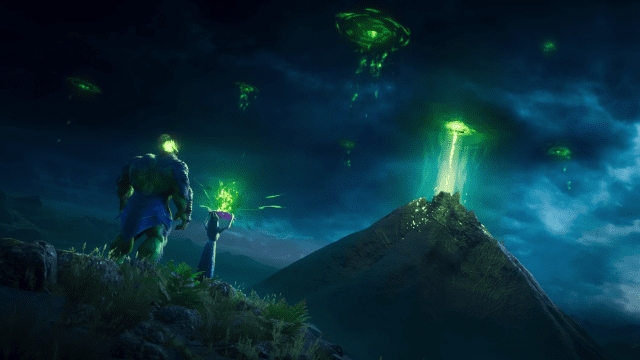 Each of the Moon Seals of Marvel’s Midnight Suns is located in a different area of the map. The first is under the Statue of Agatha, in the Trail of Oshtur. Then, to get the second you’ll need to talk with Agatha and find the Elemental Altars around the Abbey. The third is inside of Hiram Shaw’s church and will take you on a witch hunt. The fourth and final Moon seal requires you to go on a treasure hunt for Moon Seal fragments all around the Garden.

Welcome to the Abbey! The first Moon Seal is story-required, so we’ll go through the steps very quickly. The Statue of Agatha and her black cat are located in the forest just outside of the Abbey. Interact with its inscription and Agatha’s spirit will lead you to the Trial of Oshtur.

Thankfully, this is a tutorial battle. This is a great place to learn how the card game mechanics work and to modify your deck.

Once you have the seal, go back to the Abbey and enter Oshtur’s Cavern, through where the blood gate once was. Now, you can use the word “Open.” Explore some of the Abbey, grab the collectibles, and continue the story! The second seal will take a little bit. 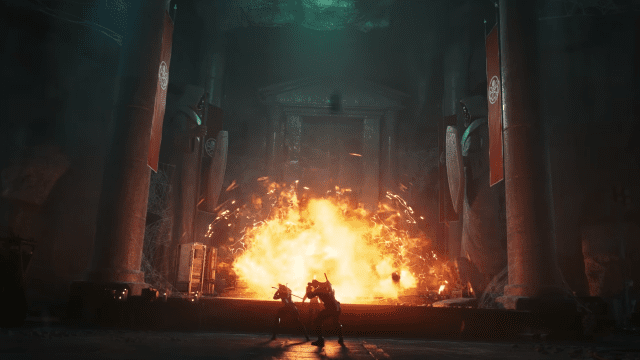 The second Moon Seal is available immediately, though it is recommended that you should first be level 8 to complete the trial. You can begin your quest by continuing the story until you are invited to seek out the Elemental Altar. Talk with Agatha to unlock this quest, and you’ll get an Arcane Key as well!

For this bit, you’ll need to find four rods:

Then, head back to the Elemental Altar. Place the rods into their colored sockets. Doing so will unlock the blood gate in the Standing Stones area, so you can complete the Trial of Atum.

This fight is tricky. It is an endurance round where you must defeat 16 Lilin. The hounds should be your priority here, and use Taunt wisely. You and your Hellhound can only take so much damage, so make sure you each take as much as you can!

Finally, the second seal is yours! Place it on the altar so you can get “Reveal.” 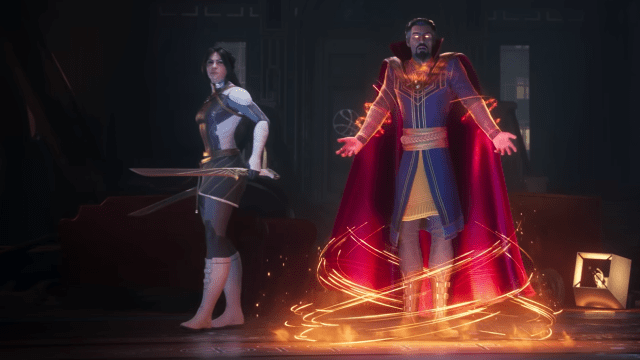 With Reveal in hand, you can now head to the north-east corner of the world’s map to get the third Moon Seal. In this corner, you’ll find an old church. Talk with Agatha to start your quest.

Use the Open power to get through the door at the back of the room for some goodies, but explore until you find the Red Ward. If you talk with Agatha about it, she’ll tell you to talk to Dr. Strange.

Strange is in the Abbey. Talk with him. He’ll go to the Church, and say he doesn’t have a clue. Awesome.

Now progress the story. Strange needs time to do some research. Once you get past “Sneaking Out,” the Doctor will contact you once again and let you know that he can dispel it.

Let him do so and head underground. You’ll learn about the character Hiram Shaw down here, which has a ton of fun lore pieces. Once you explore the grave, head into the Church and use “Reveal” where the three pages on a table are. When you do so, you’ll see three images of where Hiram hung his victims. Take a picture, and let’s start digging around.

The first Warren is in the Standing Stones. Look at Atum’s Cavern and turn left. Find the small wooden plank in the ground with the Witch’s Sign (an “n” shape) and head into that cave. There’s soil sample one!

Head to the Training Yard River and follow it around the rocks. At the end of the stream, you’ll find the witch warren. Number two!

For the third warren, head to Dreamer’s Descent. When you find a slope heading upwards, go past it. Turn to find the image that you’re looking for. There’s a cave on the right and the witch seal on the left. Soil sample number three!

Finally, head to the Hanging Tree in the Shaw’s Church area. This tree is up on a hill on the other side of the graveyard. Use “Reveal” to find the Third Moon Seal.

The Trial of Hypnus is a level 12 battle. This fight is basically the exact same as the previous trial. Endurance is critical!

The third of the Moon Seals is yours! Get Purify from the altar in the cavern and start exploring the Abbey again.

For the fourth Moon Seal, we recommend being around level 16 for this mission’s trial. Explore the north-west portion of the map. Head into the greenhouse of Lilith’s Garden to talk with Agatha. The seal is broken, and you are going to fix it. Here are the steps:

Once you have the fragments, you’ll need to travel to Agatha’s Cottage and pick the flower off of the floor just outside of the door. Bring it to the Abbey’s library.

Agatha will restore the Seal for you. Head back to the Garden to find Set’s Gate to the north of the garden.

It’s the same trial again. Watch for the Dark Legion’s Soulbound ability! You’ll need to clear them and their soul enemy to beat them.

And that’s it! With the last of the Moon Seals placed on the altar, you will have access to the entire Abbey!

Looking for more Marvel content? We can help out!