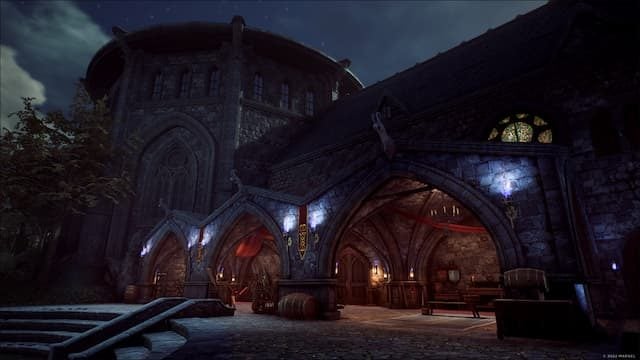 To obtain the Third Moon Seal as well as the Power Word Purify in Marvel’s Midnight Suns, you must first solve the Hiram Shaw Church Mystery. Completing this quest and thusly acquiring these items will allow you to delve further into the Abbeys mysteries.

There are, however, a few prerequisites that must be met before embarking on this quest. You’ll need the Power Words Open and Reveal, which can be obtained by completing the first two Moon Seals quests. If you don’t have those yet, you can check out our guide for each of them here. Furthermore, you must continue past “The Bell Tolls” mission in the main story in order to finish this quest to completion. Once you’ve completed all of that criteria, here’s how to solve the Hiram Shaw Church Mystery.

How to Solve the Hiram Shaw Church Mystery in Midnight Suns 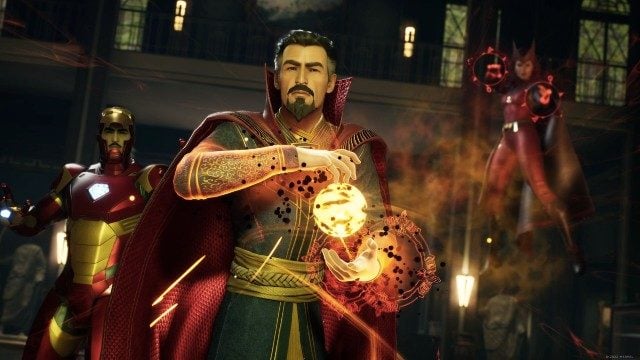 To begin the Hiram Shaw Church Mystery, you need to head to the Everflowing Glade in the Abbey after you’ve obtained the Power Word Reveal. Head down the long flight of stairs and at the bottom you’ll come across Agatha. Talk to her and she’ll tell you what she knows about Hiram Shaw. Once that dialogue is over, head to the Library to read the Caretaker’s notes on Hiram Shaw. This will reveal Shaw stole the third Moon Seal and its location is unknown.

Now, Hiram Shaw’s Church will be marked on your map. If you’re having trouble finding the church, head north from the Valley of Winds fast travel point and then take a right at the fork in the path. Here you will need to use the Power Word Open to open the church doors. Once inside speak to Agatha and begin searching the church grounds.

There is some loot inside, as well as a door you’ll have to use the Power Word Open to get past. Inside this room, inspect the notes on the desk using the Power Word Reveal and then the Power Word Open again on the door behind the desk. There will be a pink hieroglyphic symbol blocking the path ahead. Inspect it and then return to Agatha who will direct you to Doctor Strange.

You can find Doctor Strange resting in the Library. Speak to him and he’ll give you a cutscene that will basically unlock this pink hieroglyphic; you know, just by doing Doctor Strange things. It’s good to note if you haven’t completed “The Bell Tolls” main story mission, you won’t get this cutscene from Strange and be able to progress the Hiram Shaw Church Mystery further. Now thank Strange and progress into the cave behind the Church, which has some loot.

After exploring the cave, head back to the room inside the Church. Face the desk you did earlier and use Power Word Reveal to inspect the three drawings on the desk. These drawings are the key to solving the Hiram Shaw Church Mystery. Each one has a symbol and drawing, which are clues to the location of the witch warrens. The symbol in the top right of each drawing will be present at each location, indicating you’re in the right spot. However, you can’t progress any further till you go to sleep, because it’s been a long day of investigating.

When you wake up, speak with Agatha in the library. She’ll tell you to come back to speak with her again later that night. Next time you speak with her she’ll ask you to collect a soil sample from each of the witch warren locations. You can find the first witch warren west of the Abbey, following the stream of water all the way north. For the next warren, fast travel to Dreamer’s Descent and then go east making your way up the hill. Once on top, look left to find a cave where the second witch warren is located. For the last witch warren, fast travel to Stone Terrace. Head south from spawn and keep looking right as there will be a cave with the third and final witch warren soil sample.

Once you have all the samples, return them to Agatha. You’ll then get a cutscene where Agatha tells you the third Moon Seal is hidden near the Salem Hanging Tree. The tree is right next to Salem Cemetery, east across the long bridge from Hiram Shaw’s Church. Once you’ve crossed the long bridge stay right and then take your first left. The tree will be half broken and covered in glowing symbols. Now all you have to do is use the Power Word Reveal at the Hanging tree to get the third Moon Seal. Congratulations, you’ve just completed the Hiram Shaw Church Mystery.

If this guide helped, be sure to check out our other Marvel’s Midnight Suns guides below: