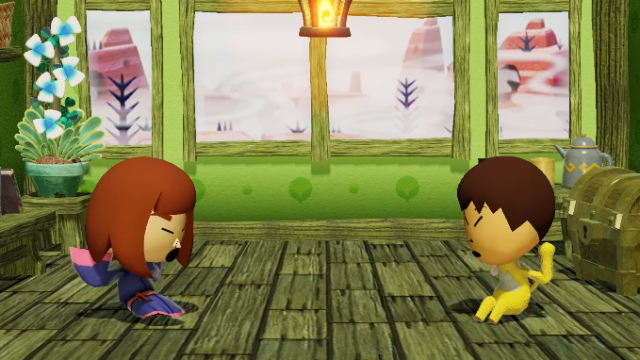 As you start grinding through the world of Miitopia, you’ll learn about a unique statistic. The Relationship levels of your party members are key to your party’s synergy. Since you don’t have direct control over your friends, ensuring that they’re as efficient as possible will often come into play. But, how do you improve your relationships quickly? Is there an easy way to grind these points and improve your party as fast as possible? In this guide, we’ll go over the wide variety of ways to make your party love each other.

Miitopia | How to Increase Relationship Level 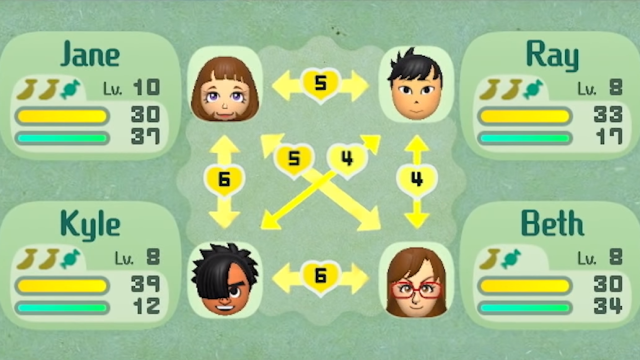 Relationships in Miitopia are built up from a few player-driven actions and a lot of random events. As the player, you can improve a relationship by placing Miis in the same room during Inn rests, using a Jolly Jaunt Ticket in a room with two Miis, or using a Support Skills (such as Healing) to help your friends. However, relationships also build from random events which are out of your control. In the Nintendo Switch version, players can use the Outing Ticket to improve relationships as well.

Thankfully, the random events (in battles or inns) are relatively small relationship builders. Placing Miis in the same room will be your best method for farming friendship points. As you build their relationships, your Miis will be more likely to protect each other. So, the higher the relationship, the easier it will be for it to randomly build.

However, be careful! If you place two Miis in the same room when one already had a relationship, you might build Resentment. Resentment happens randomly, as a result of battle, or from specific skills. In order to cure Resentment, you can place the affected Miis in the same inn room, use the Pop Star’s Love & Peace Skill, or send them on outings. Random events can also quickly remove Resentment, so you might just get lucky!

Improving relationships will grant you quite a few skills as you level up. It’s highly recommended that you improve the relationships of your whole party to unlock the 20 and below skills before going for the higher-level stuff.

Love Miitopia? We sure do! Check out some of our other guides to this game and other turn-based RPGs!