Monster Hunter Stories 2 Amiibo Unlocks | What Do They Do? 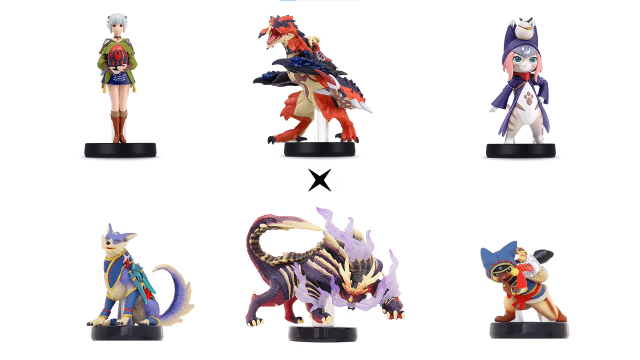 As you advance through Monster Hunter Stories 2, you might notice a lot about the game’s cosmetics. Stories can get you looking quite good if you have the right gear, just like you can get in Monster Hunter Rise. Because of that, you might be wondering if there’s any gear that you’ll need to get outside of the main story. And, we’ve got some news for you! Capcom put amiibo unlocks in Monster Hunter Stories 2, which means some stuff is locked behind amiibo. So, if you want everything the game has to offer, you’ll need to fork over some dough. 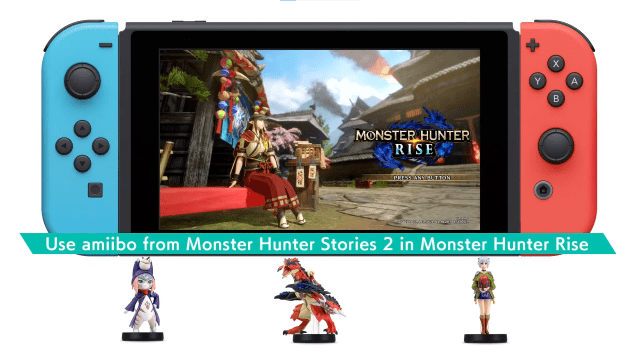 The three amiibo that are specifically for Monster Hunter Stories 2 unlock Layered Armor for your main character. This layered armor can be equipped in the Appearance section of your item chest.

These three are specific to Stories 2. Currently, this is the only way to get these three layered armor sets within the game. That’s unfortunate, since Capcom seems to have underestimated the number of people who want them.

BAD NEWS: Monster Hunter Stories 2 amiibo will NOT be available on launch day at most GameStop locations due to late deliveries.

GameStop is "expediting the inventory [they] have received" to get some amiibo to some stores by launch, but they could be up to a week late. YMMV pic.twitter.com/C6giC6s31R

Nintendo has a pretty bad habit about not getting enough amiibo out. Hopefully, this is not the case for this line!

How about from the original Monster Hunter Stories?

Amiibo from the original Stories game on the 3DS will get you the armor from that game. This can include armor from the Qurupeco, Barioth, Rathian, and some popular riders from those games. Unfortunately, those amiibo cost quite a bit right now! If you can find them, then they’ll give you a nice reward. And those amiibo allow you to trade hunters and riders freely. They’re actually really cool statues! Great for MH fans.

You can actually use Rise amiibo to get some stuff in Stories 2. Unfortunately, these unlocks are not nearly as unique. Each of these amiibo will get you a few stickers for the multiplayer mode. Because of that, they’re not nearly as worthwhile for the story campaign.

These stickers can be used in Multiplayer Co-Op or Player vs. Player modes. They are really cool, since they use Rise‘s painting-based art style. However, they are a far cry from the benefits of the amiibo from either of the Stories games.

Do Stories 2 amiibo Work in Other Games?

Yes! You can use Ena, Razewing Rathalos, and Tsukino in Monster Hunter Rise. Right now, this is the only other game that works with these amiibo.

Similar to how Rise amiibo work in Stories, these three will only get you additional stickers in Rise. Because Rise is more of a multiplayer experience, these stickers might end up being more enticing. After all, you’ll be with people all the time if you use SOS flares! So having little additional icons from Stories 2 might be fun.

Right now, My Nintendo is hosting an amiibo giveaway for the two most recent Monster Hunter titles! From July 7 to August 7, you can sign up and have a chance to get all six amiibo from the Monster Hunter games. If that wasn’t enough, you also get golden versions of the figures! That’s a big deal, even if you just plan on giving it away… Or making a profit!

Monster Hunter Stories 2 is available on July 9 for PC and Switch. The story continues, two generations after the original Monster Hunter Stories. Another horrific event is threatening the peaceful lives of the Riders’ villages, and it’s up to you to fulfill the legacy of your grandparents to stop it!

Love Monster Hunter? Check out some of our other articles on the series!