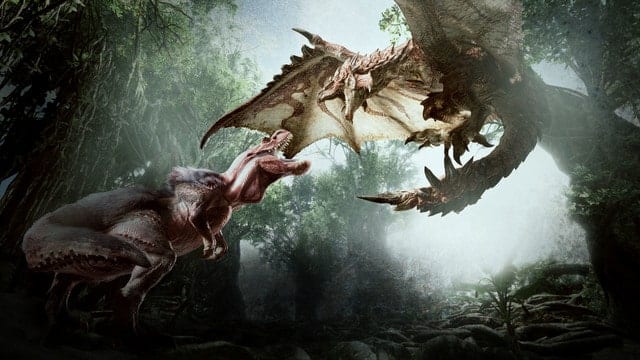 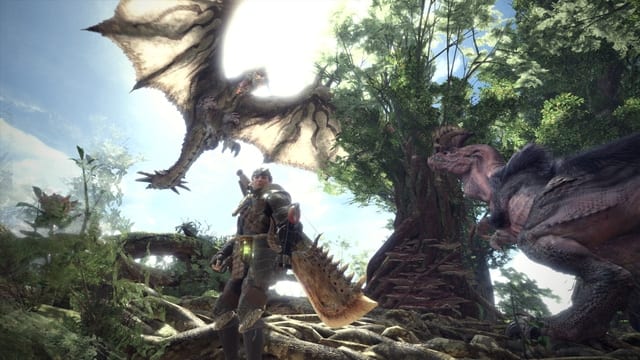 The newest iteration of the series is no different. With updated graphics, character models, and animations, Monster Hunter World is a stellar addition to the series. The huge mega-fauna is back as well, with a range of mammalian to reptilian game to hunt. The developers at Capcom appear to have implemented and improved many of the series features and functions.

Monster Hunter World’s online functionality is as fresh and featured as ever. The monster hunting simulator supports four players cooperative play and a seamless transition between online and single-player modes.

Missions are launched from an online server supporting up to 16 players. From there, players are able to initiate missions on their own, or form into parties of two, three, or four. If players are lost during a mission, remaining party members can signal for others to join in through the use of the in-game flare item. 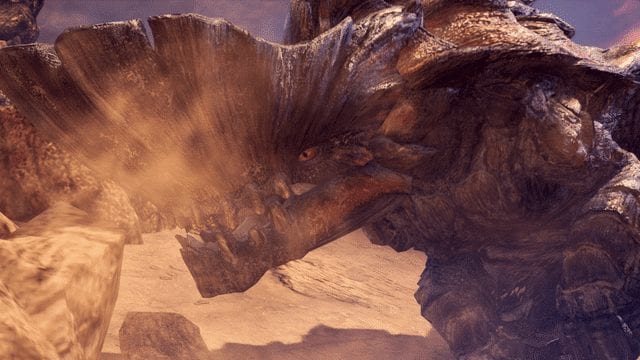 Of course, all of this attention towards multiplayer leaves plenty wondering, is Monster Hunter World a cross platform game? Unfortunately, Capcom left out the ability to play with others on other gaming consoles. Following suit with most other major game developers, Capcom has locked every player into playing with those on the same platform.

Sony has been traditionally against offering crossplay as an option on its platform, even though Microsoft has been open to it in the past. So, unless a time comes when Sony decides they want to play nice with others, it doesn’t seem that Monster Hunter World is going to support playing with those on an Xbox any time soon.

A future where Xbox and PC players could play together does seem like it could be possible since both platforms are open to crossplay. However, unless all three platforms are going to be able to play together, it doesn’t seem very likely that Capcom is going to open that door and risk harming its relationship with players.