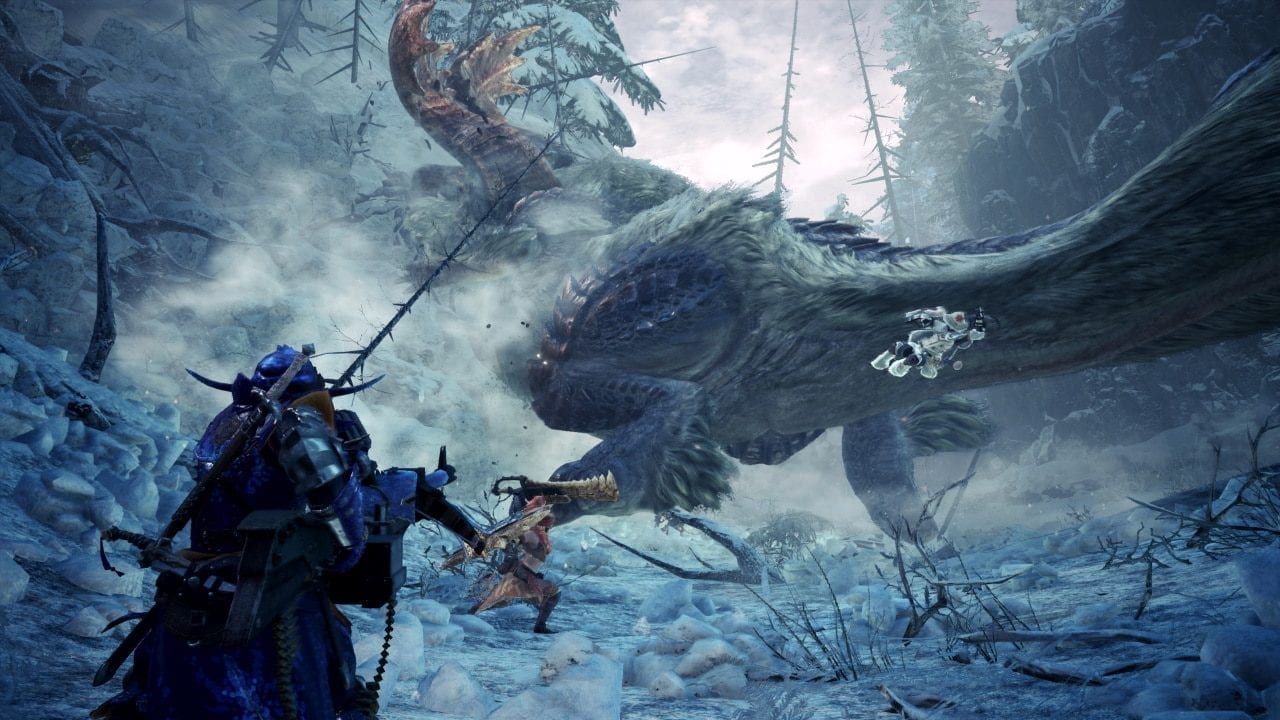 Today, Capcom released the free Monster Hunter World: Iceborne Update 4, which comes with new monsters, gameplay elements, and rewards for players. This update is available on Playstation 4, PC (Steam), Xbox One and Xbox One X.

Iceborne’s Update 4 introduces the Blazing Black Dragon Alatreon, a new monster that players can track down and engage in battle. This challenging new creature can enter different elemental states, including Dragon, Fire and Ice. These elemental states increase the challenge of the fight, as players will have to be ready for anything if they want to come out on top against this formidable foe. Further, players will not only need to focus on the correct weapons to dish out damage, but they’ll also need the right elemental protections to survive Alatreon’s devastating attacks.

Monster Hunter World: Iceborne Update 4 also brings a special summer event from Seliana’s Lunar Terrace, called the Sizzling Spice Fest, available from July 22 to August 6. This event will feature new recipes that players can try out at the canteen in the Gathering Hub. As part of this event, players can also unlock new costumes, such as the Poogie costume, seasonal gear for their Palico, and a new seasonal Handler Costume.

The update is also laying the groundwork for a new limited-time quest that will be available on August 7 in Monster Hunter World: Iceborne. This event will include a new monster known as the Tempered Frostfang Barioth, who attacks players with a powerful breath that freezes the ground it touches, forcing players to think fast if they want to find the right foothold that guarantees a strong offensive.

Players who manage to best the challenges that Monster Hunter World: Iceborne’s update 4 throws their way will be rewarded with forge materials, top-tier gear for their trusty Palico, new weapons, armor with bonus skills and a myriad of decorative items. Further, players will be able to get new items through paid DLC.

A gameplay addition also comes included in the Monster Hunter World: Iceborne Update 4, as players can now use the Guiding Alchemy at the Elder Melder to make monster-specific Special tracks appear, which makes it easier for players to track down the type of monster they wish to hunt on the Guiding Lands.