Mortal Shell Review | Worth Shelling Out For? 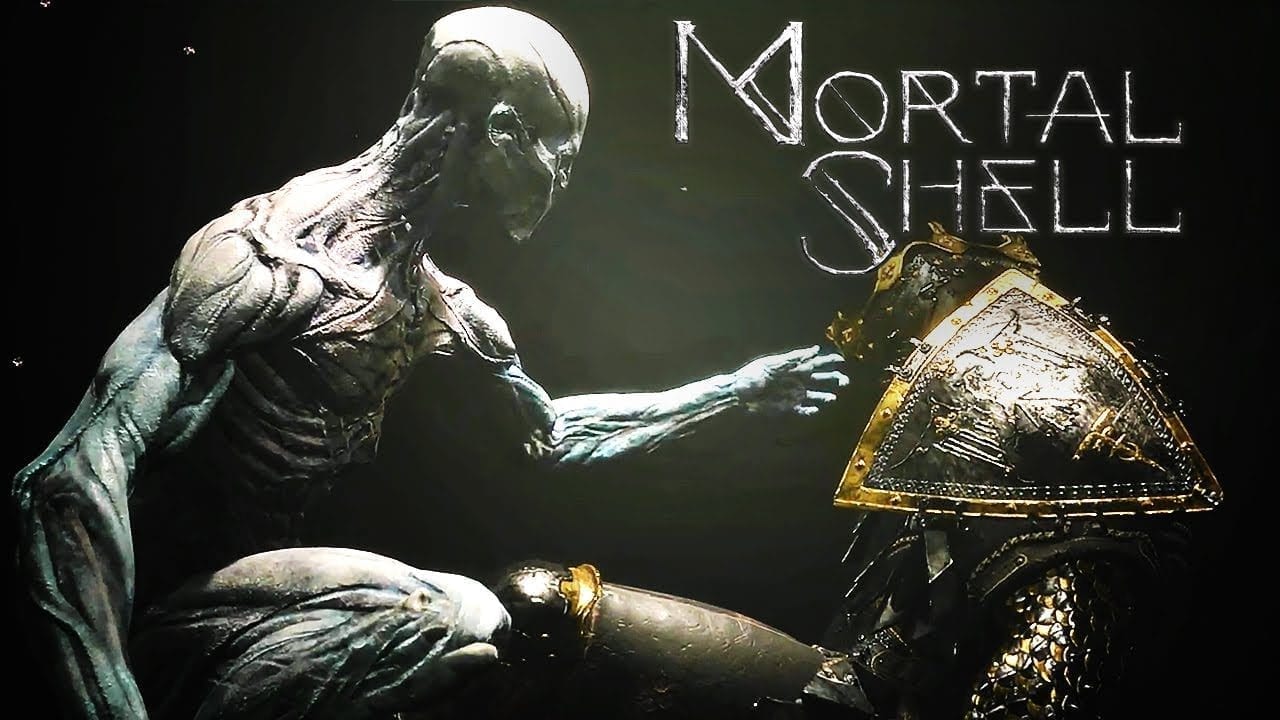 Cold Symmetry and Playstack released Mortal Shell this week and it’s a candidate for the newest gaming gauntlet. Hoping to sit at the same table as Dark Souls, Mortal Shell brings its own energy to the group. It has a similar challenge to its rage-inducing colleagues but tries to lessen the RPG burden of too many things to track. Whether this title appeals to Souls-fans and introduces new players to a greater level of challenge depends on what’s inside this Mortal Shell.

The Story So Far…

A defining trait of Gauntlet games is an apparent lack of storytelling. They thrust players into a harsh and mysterious world, teach them to fight, and then let them make their own way. Mortal Shell puts players into the role of a featureless humanoid who has the disturbing ability to possess certain corpses, or ‘Shells.’ Upon doing so, they gain the body’s physical appearance and stats but must learn skills themselves.

Aside from a few characters who give vague hints about where the player should go, they’re pretty much on their own. However, there is a helping hand in the form of an ‘Instinct’ system where the player can interact with certain things to get an idea of points of interest. It’s always refreshing to play a game that encourages exploration and curiosity. However, while the world effectively looks desolate and empty, areas can sometimes feel too similar making it easy to get lost. On top of that, the lack of a map can be intimidating to beginners. 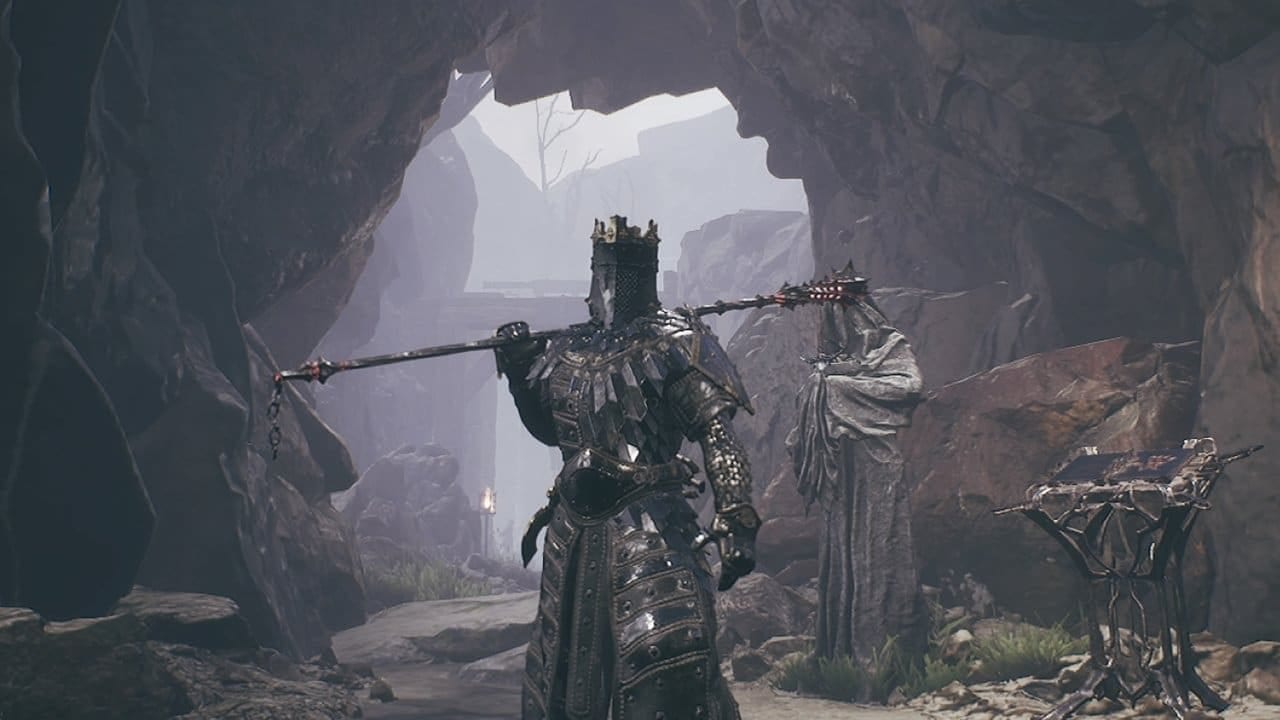 Most RPGs have large amounts of different items and pieces of equipment for players to use, and Gauntlet games are no different… save for Mortal Shell. The in-game Glossary boasts a large selection, but not nearly as much as other titles. Two of the most important areas, weapons and armor, have limits of four each: There are four Shells that the player can control and four weapons they can wield. Each one is distinct with very memorable details so players aren’t lost amidst huge amounts of numbers and information.

Stats are even more streamlined as there are only three to learn: Durability (health), Stamina (energy), and Resolve (magic power). Each Shell has presets for each that are simple and straightforward. Since the game doesn’t use a traditional leveling system, the effectiveness of stats can only get boosts from learning skills or using items (albeit temporary). The same goes for weapons which can only be upgraded by finding their associated materials.

Each weapon and shell feels different enough, but the limited selection can feel restrictive at times. Combine this with the fact that swapping out either can be a pain if you don’t have the right items; it’s unfortunate that players can’t carry more. 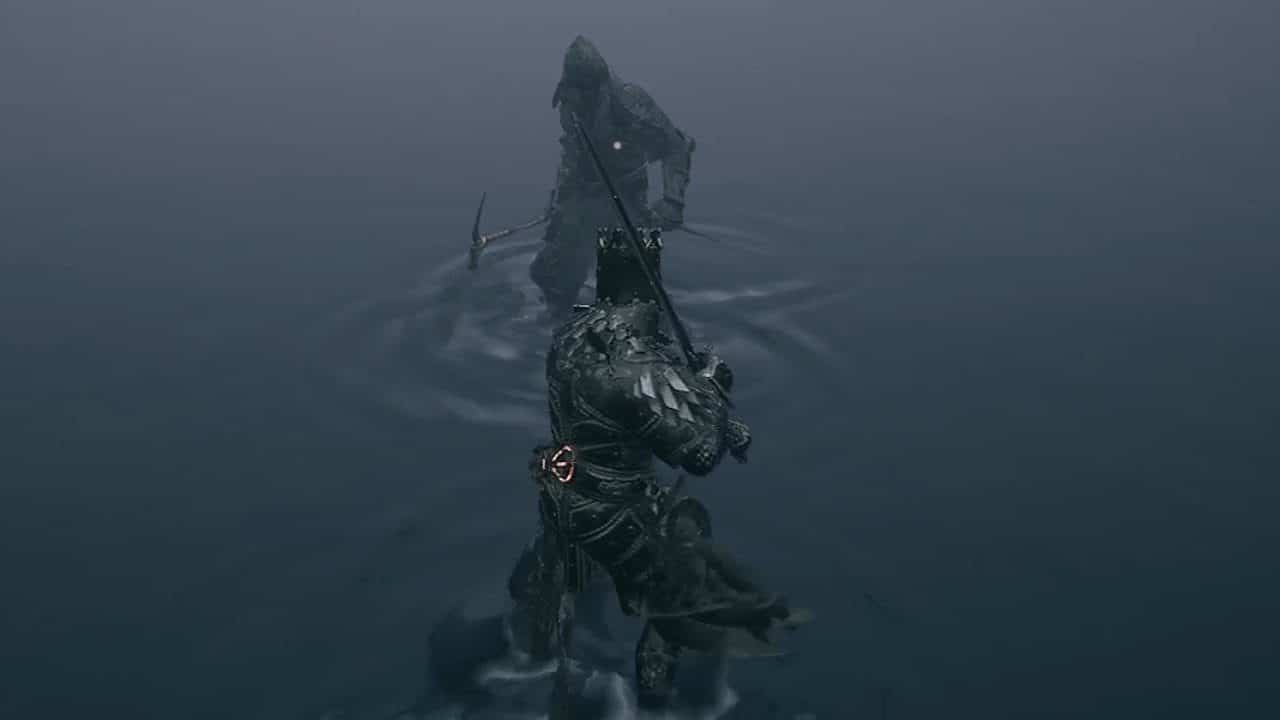 If there’s one thing players know gauntlet games for, it’s how they handle battles. Players are eager to fight in-game like God of War, but Mortal Shell makes you fear it. However, this isn’t a bad thing since this is where the challenge comes in. In a real way, the combat is like life: You can never prepare for everything. Because of this, players find themselves really getting to know the Shells and a very strong feel for the weapons. It creates a world where they need to familiarize themselves with everything at their disposal in order to stand a chance. Oddly enough, this gets emphasis from another of the game’s mechanics: Familiarity.

There are plenty of usable items, but each comes with a ‘Familiarity’ meter. Players know the bare minimum about every item they find and must use them to learn more about them. However, this creates a new challenge: Certain items are rarer than others while things like mushrooms may have a long respawn time… So is it worth it to use items instantly to quickly get familiar or store and learn about them over time? Both are equally valid.

Actual combat is a reliable affair: There are light hits, heavy hits, parries, dodging, and special attacks. Mortal Shell has a unique ‘Hardening’ mechanic which opens up new possibilities even though ‘dying’ could be improved upon. Multiple defeats are expected, but considering how long the loading times are and the fact that enemies respawn while items don’t, they can feel overly frustrating. 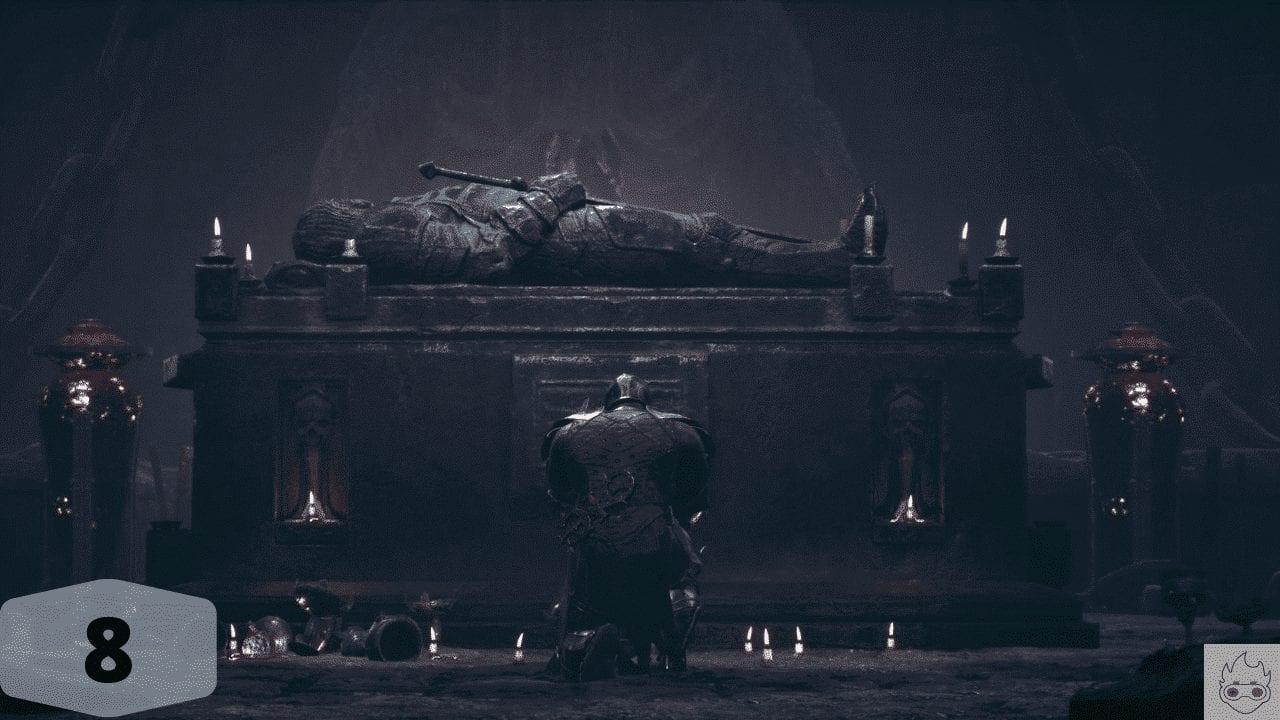 Mortal Shell is a welcome addition to gauntlet games like Dark Souls. It brings a hardcore challenge while having a more manageable take on stats and items. Available on PS4, Xbox One, and PC, it earns a strong 8 from Guide Fall. Those seeking shelter in a scary world could perhaps use a Mortal Shell.