If you have played Bannerlord or are a veteran of Warband, you probably have encountered Bandit Hideouts before. In Bannerlord, hideouts have been changed up a bit, with the Scouting skill directly affecting the chances of discovering new hideouts while traveling on the map, there are also new quests involving the destruction of these bandit hideouts. In this guide, we will provide players with an explanation of the best ways to discover Mount and Blade 2: Bannerlord Hideout locations.

Where to Find Hideout Locations 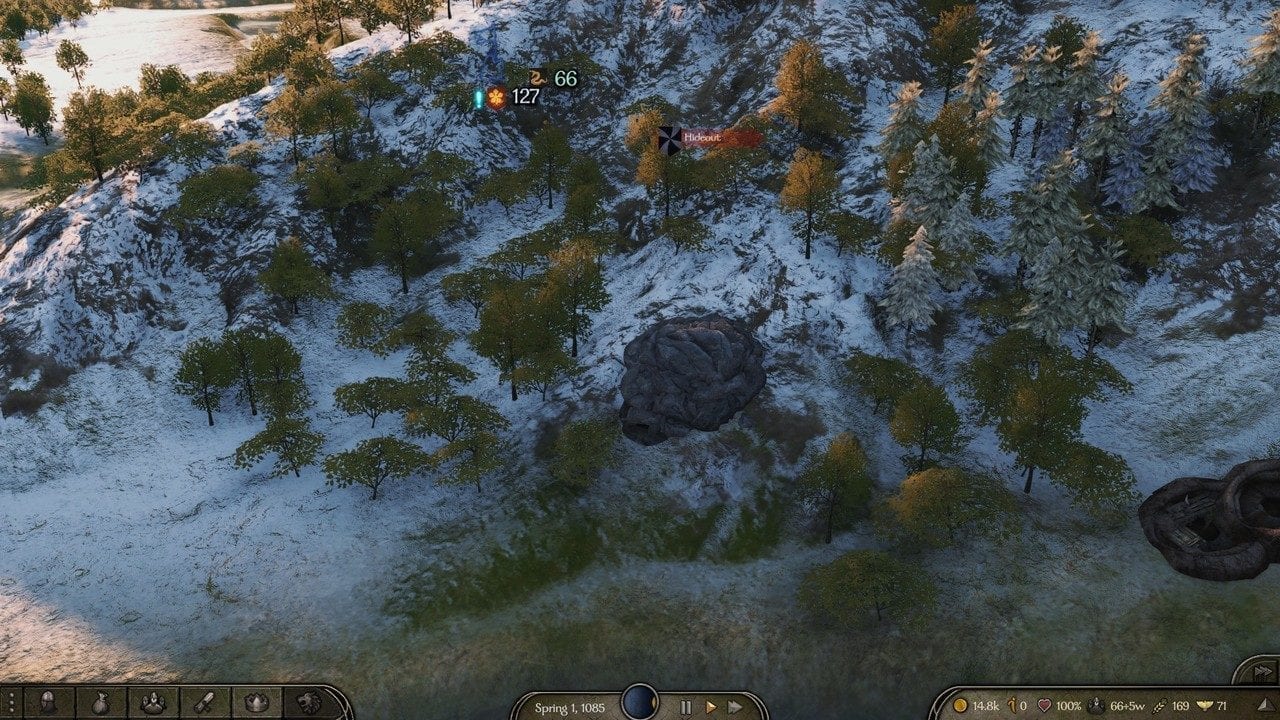 In past games, Hideouts were locations on the map the player would occasionally find that spawned randomly. Players were able to attack these Bandit Hideouts and collect the spoils once all foes were slain or captured. The same is pretty much true in Mount and Blade 2: Bannerlord.

There are several ways players can find Hideout locations in Bannerlord, the first being to level up the Scout skill, so the player has an increased chance to spot the hideouts. The other is pretty much by chance, but you can maximize your luck by searching near towns and villages.

However, we suggest players level up the Scout skill before they go hunting around for Bandit Hideout locations, simply because it’ll be a better use of your time. In addition to leveling up on their own, players can also find a companion with a fairly high Scout skill and make them a Clan Scout for the same effect.

If you want to go that route, we recommend finding Simir Frostbeard, because he has the highest Scout skill out of all companions in the game. 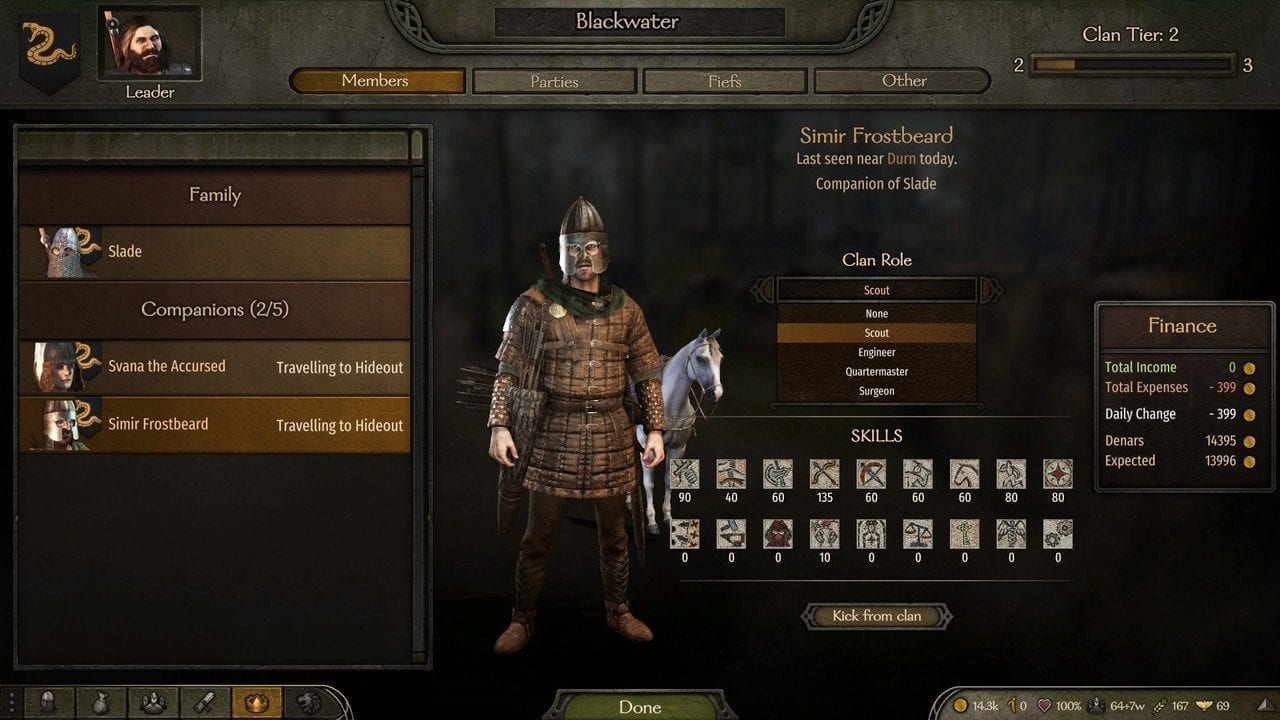 Players should also note that if a Hideout spawns, there is usually a quest for it at one of the surrounding towns and villages, we recommend looking these quests, to avoid missing out on additional gold and XP. When you find a Hideout that you want to attack, check what kind it is beforehand because some may prove difficult to attack. 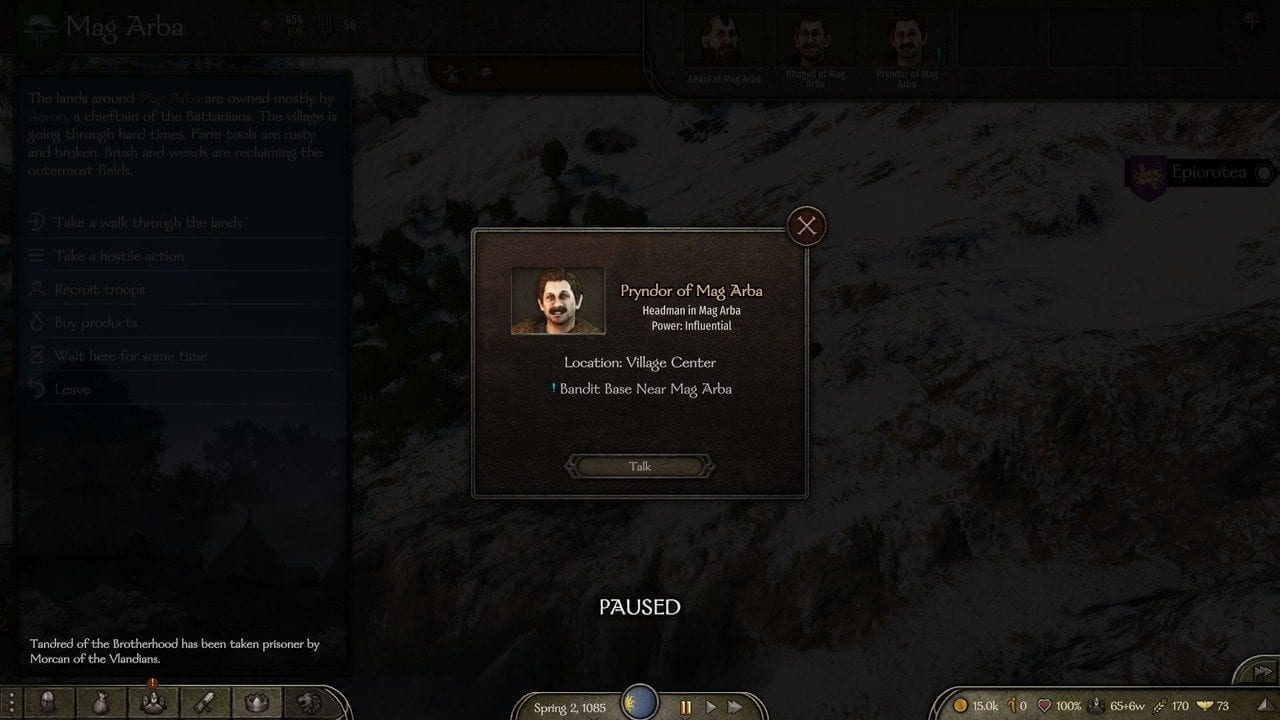 For example, players should avoid Forest Bandit Hideouts when low level, because the bandits have some powerful ranged weapons. Further, it also doesn’t help that when the player attacks Hideouts, random selections of units are chosen, so the player might end up with a fairly weak unit isn’t suited for close-quarters combat.

To check the Hideout, hold the mouse cursor, then a small tab should pop up showing the name of the Hideout with some information, hit ALT on your keyboard to show the full list of all the units that you will have to fight, including info on captives to free.

When the player attacks the hideout, they will fight the battle in a small environment with bandits scattered throughout the map. After the player slays all the bandits, the leader and his bodyguards will then show up, and the leader will give the player an option to duel them to end the battle. 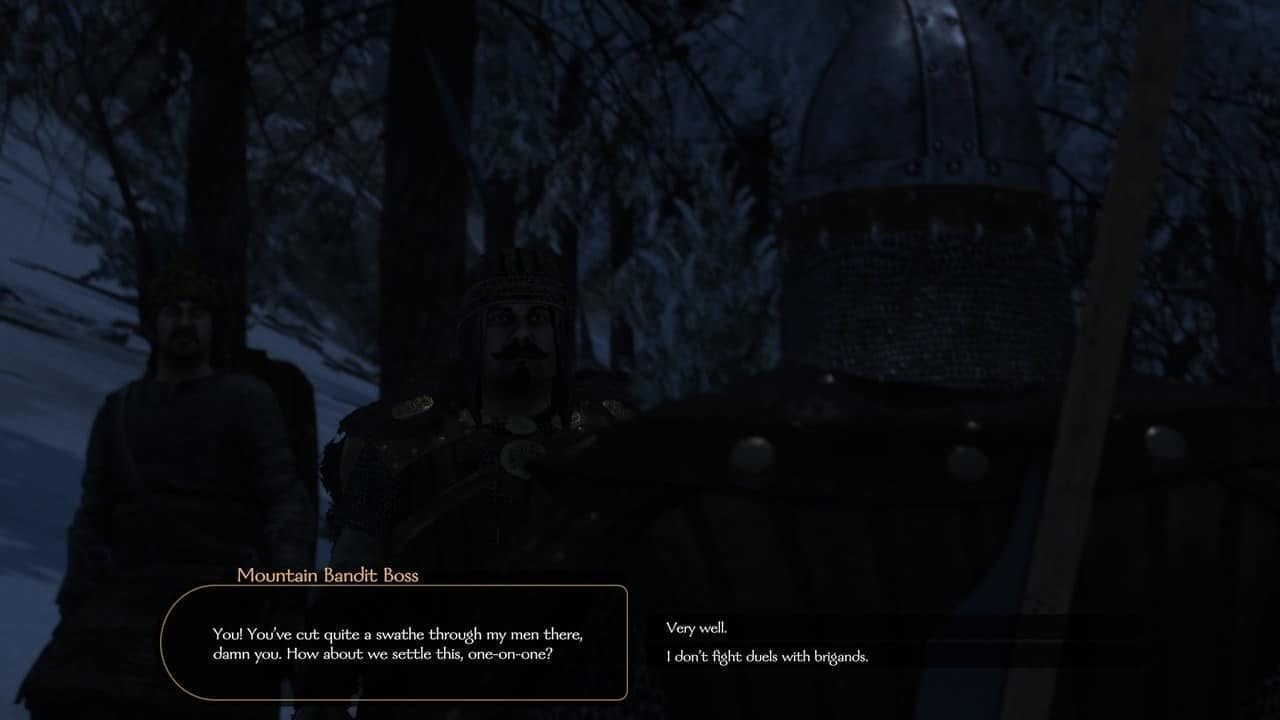 We recommend choosing the other option “I don’t fight duels with bandits” because the boss can be difficult to defeat, and you will have to restart at the beginning if he beats you and your units. The player can also avoid attacking the Hideout all together by sending a companion with some units instead. To do this, go to the Notable with the Bandit Hideout quest and choose the option to do so. 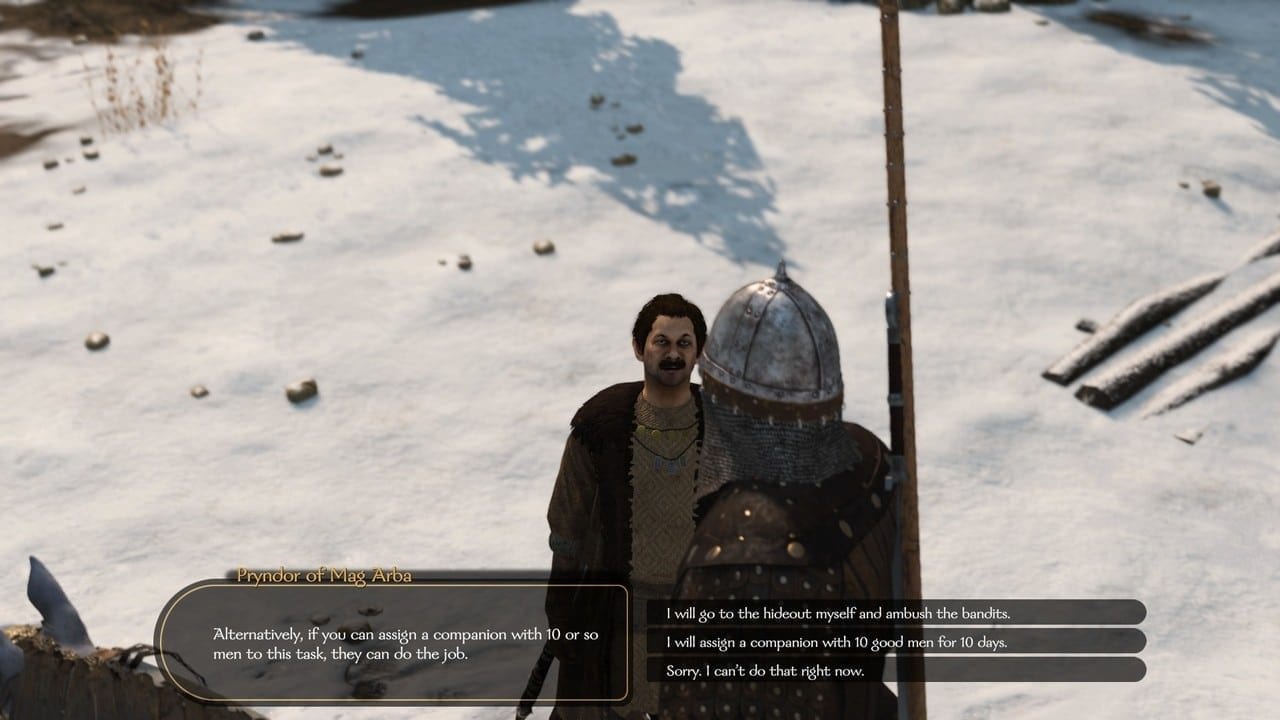 That’s all we have on Mount and Blade 2: Bannerlord Hideout locations, with this information you should have an easier time finding and completing Bandit Hideout quests.

For more on Bannerlord Check out: