MultiVersus | How to Unlock Characters

MultiVersus is the crossover fighting game that features plenty of recognizable characters from pop culture. The game allows us to play as our favorite heroes while also battling against them. However, we’re merely given a handful of characters to experiment and advance with. So, how exactly do we unlock more of the famous faces on the roster? Some players might not like the answer, but we have what you need with our guide on how to unlock more characters in MultiVersus.

How to Unlock Characters in MultiVersus 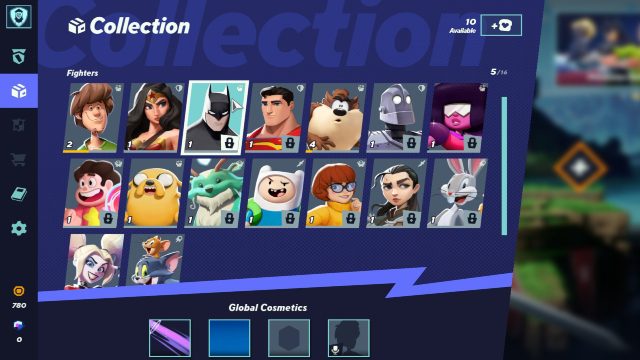 You’ll need to spend either Gleamium or Gold to unlock new characters in Multiversus. Gleamium is the game’s premium currency, meaning it costs real-world money to buy. Since it’s a free-to-play title, that’s not entirely unexpected. Much like in the fashion of other free-to-play games, we only have so much content. Therefore, spending Gleamium or Gold is the only way to acquire more characters.

Every character has its own price tag, with both Gleamium and Gold options to choose from. As of now, there are 11 locked characters (excluding Wonder Woman, who can be unlocked by completing the initial tutorial). Below are the remaining characters along with their prices:

Judging by these numbers, it might take some folks a while to unlock a few of their favorites from the list. Accumulating sufficient gold should be relatively easy to do if you’re playing continuously. Of course, if you prefer to have these characters as soon as possible, here are the Gleamium microtransaction prices: 450 is charged at $4.99; 1,000 is priced at $9.99; 2,200 Gleamium goes for $19.99; 6,000 is marked at $49.99. Alternatively, you can purchase of the Founder’s Packs in the game to get a decent headstart into the multiverse. For example, the standard Founder’s Pack gives you 15 Character Tokens, 1 rare banner, and 300 Gleamium.