Neko Ghost Jump Demo Impressions | A Ghost-Cat of a Chance 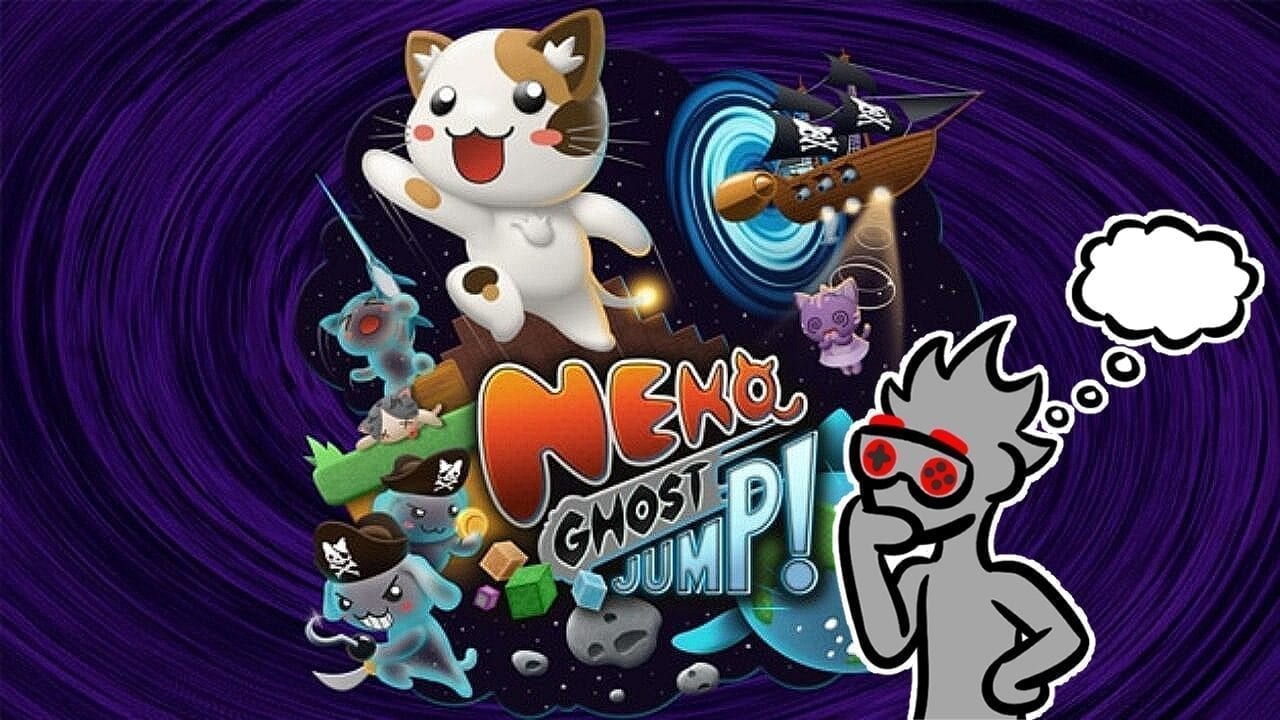 When you think of cats having nine lives, you may wonder how ghost stories would fit into the mix. Does each life yield a separate ghost? Are they all exact replicas of each other? Rather than risk breaking the brain pondering such answers, we can turn to a possible theory developed by Burgos Games. It’s presented as a game called Neko Ghost, Jump!, which follows a cat trying to rescue their fiancé from space ghost pirates with the help of their own ghost. It’s a platformer that makes use of both 3D and 2D perspectives for navigation and collection. With the full game to release soon, playing the Neko Ghost Jump demo gives us a decent idea of what to expect from this feline fantasy. 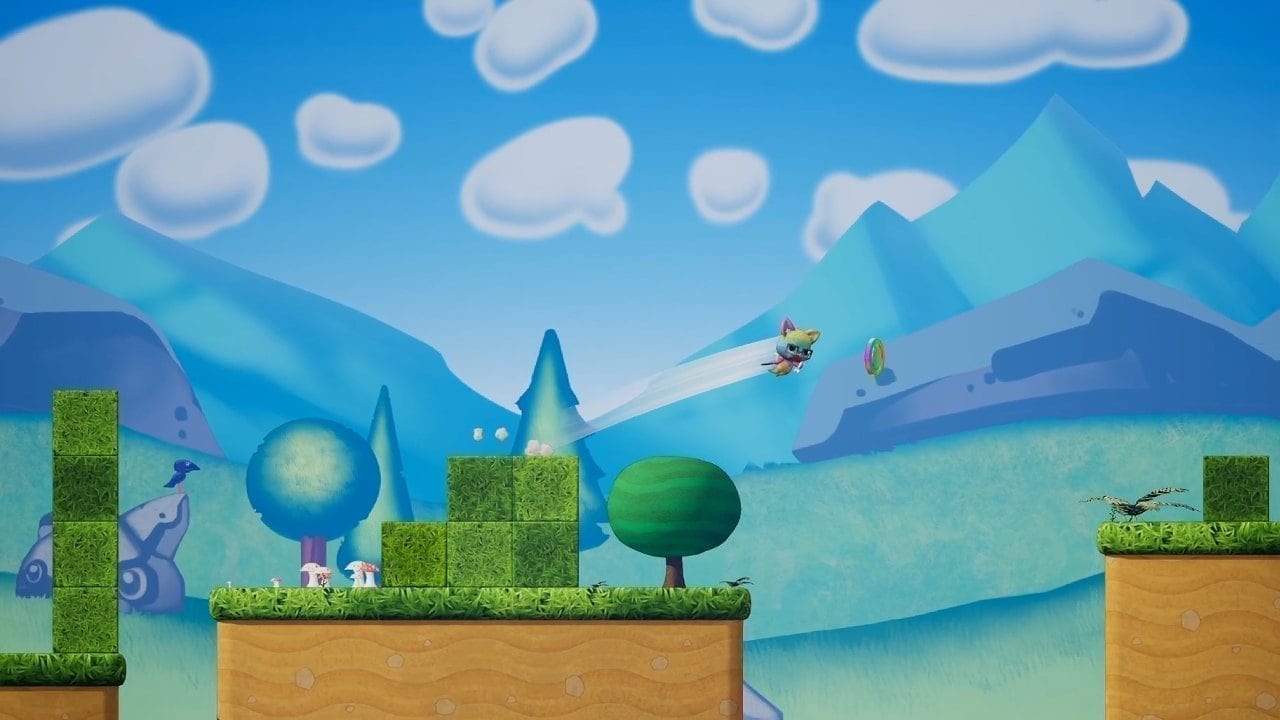 The Neko Ghost Jump demo mentions the plot only briefly. Our cat hero is about to get married when literal space pirates attack. They destroy his village, scatter the citizens, and kidnap his beloved. During the escape, the pirates crash into the wrong end of their space portal, which sends out a wave that separates ghosts from bodies. The hero takes advantage this turn of events to give chase. While the damsel-in-distress plot is nothing new, the unique setup is at least refreshing.

The star mechanics of Neko Ghost Jump are perspective shifting and ghost powers. Starting with the former, this is always a creative way to approach platformers. Games like Fez and Super Paper Mario have shown various ways to take advantage of changing perspective. Neko takes a similar approach where most obstacles need to be overcome by changing perspective to move around them. In contrast to game’s the fast and simple 2D segments, the 3D segments are surprisingly expansive, with lots of room to play around. This mechanic also plays a role in confronting enemies and bosses, which adds an element of strategy.

Next and perhaps the main attraction is Neko’s ghost powers. As far as the demo shows, the player can separate and take control of Neko’s ghost at any time. While in ghost form, the player is invulnerable and has a longer attack range. This essentially allows players to scope out what’s ahead, since when the ghost dies, it automatically teleports back to Neko’s body. This is an interesting way to curb platforming frustration, but other aspects creatively balance the mechanic to prevent abuse. The fact that host enemies can block Neko’s ghost and Neko’s body remains vulnerable to harm prevent this ability from being too strong.

Lastly, let’s touch on the aesthetics of Neko Ghost Jump‘s world. The game is set in a colorful cartoon world to emphasize the cuteness of the background, characters, and enemies. The art is most reminiscent of the Chibi art style, which fits this universe well. The demo only shows the first area, which is full of lush greenery and bright, vibrant colors. The music that goes with it is a combination of poppy tunes and bouncy melodies, which compliment the overall tone.

Issues That Give Us Paws 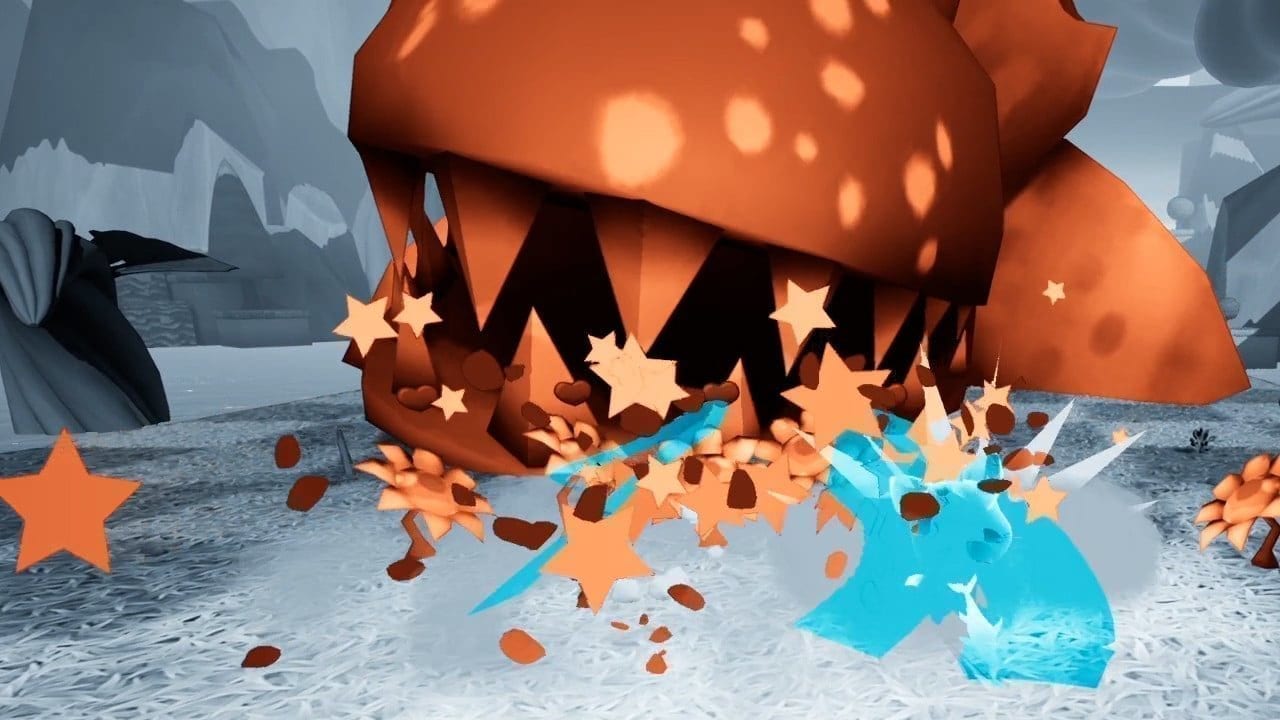 Since its appearance on the gaming circuit, Neko Ghost Jump has been drawing a lot of attention. This is understandable, but the demo leaves more room for improvement. One concern regards the game’s platforming mechanics. The perspective shifting works well, but running and jumping through doesn’t play nice with it. It almost feels like the movement alternates between being too tight and too loose. There were many times the hero would do a quick jump sharply, land, and then slip off the edge into doom. At this point, the ghost mechanic is more useful just to get the controls down without risking death.

Speaking of the ghost mechanic, it can be rather clunky. Sometimes it’s easy to stash Neko’s body, while other times you have to quickly jump in and out like an indecisive piece of toast. It doesn’t help that the ghost form is better for combat, which tends to be very sloppy. Static enemies are okay, but mobile enemies use the gang-up-all-at-once-and-crowd-them-to-death tactic, turning these fights into traffic jams. There’s also a bitter taste of artificial lengthening by having ghost-only items which forces the player to run through the same place twice.

Finally, there’s the other side of the pleasant aesthetics coin. The colors are vibrant, but the textures look bland. A lot of the terrain feels flat and stiff, rather than natural and present. Our hero and the characters are cute, but have an almost artificial look to them. It’s not like playing a game about cats, but about playing with cat figures in a blocky playset. This can be a boon depending on the game’s themes, but it’s not intentional for this one. 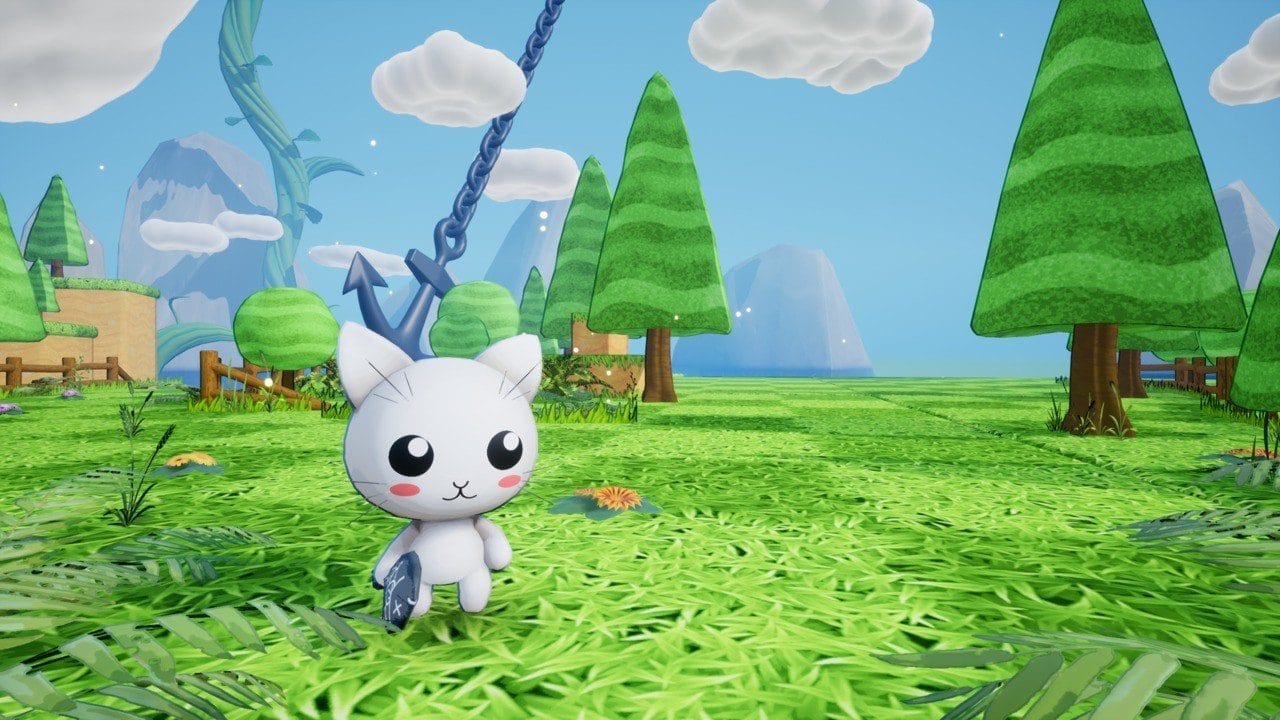 Meow we wait for the full Neko Ghost Jump game to come out. This perspective-shifting platform-adventure has caught the spotlight with its showcase and demo. Its formula has a lot of creative and interesting elements that don’t mix entirely well with the game’s other mechanics. There’s still time to swap out the gear before the game shows up on anything connected to a screen (smart devices though). If this demo is Neko’s first life, they still have eight left to achieve their best one yet.

The Neko Ghost, Jump! demo is available now on Steam, but no full release date has yet been announced.