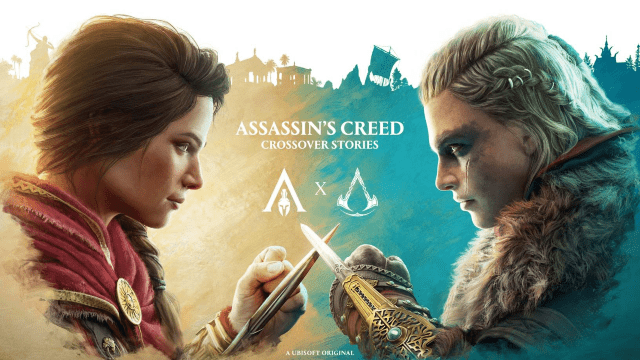 There’s efxciting news for Assassin’s Creed fans today, as two new DLC expansions will tell shared stories between the Valhalla and Odyssey games. Opting for a year of extra content rather than a brand-new game, this ambitious crossover sees Eivor and Kassandra meet for the first time. Join us as we explore this exciting new development in the Assassin’s Creed franchise. 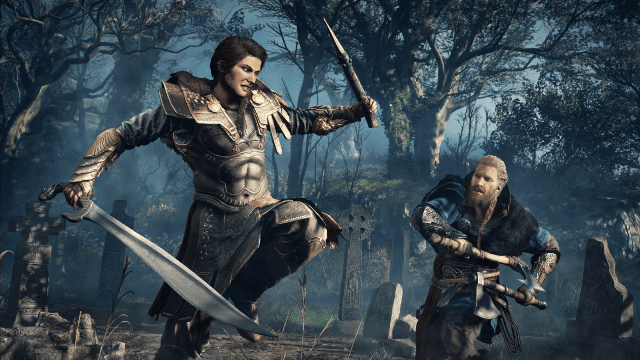 Yes, Valhalla and Odyssey collide in the brand-new Crossover Stories expansions. There’s one available on the former game, and one on the latter. Best of all, both are free, so you only need the base games to enjoy these expansions.

The expansion to 2018’s Assassin’s Creed: Odyssey is called Those Who Are Treasures. Players once again control Kassandra as she heads to the Island of Skye to recover a lost Isu artifact. There, she’ll bump into Eivor, where the Valhalla crossover begins. This expansion is called A Fateful Encounter, and sees the two assassins face off. Any additional plot details are slim, but you can imagine they’ll soon team up to take on a more ominous threat.

This isn’t the first time two assassins have crossed over, however. 2011’s Assassin’s Creed: Revelations saw the return of Altaïr, who debuted in the original 2007 game. However, this Crossover Stories event is the first time Ubisoft has brought two recent games together in a collaborative way. You’ll need both Odyssey and Valhalla to experience the full story, making this an all-encompassing new adventure.

Even better, these two packs are totally free, and available to download now. If you’ve pored hundreds of hours of content into these games and run out of things to do, it’ll definitely give you a few more hours of playtime. Equally, this isn’t the end for Valhalla. A new paid expansion, called Dawn of Ragnarok, lands in March 2022. However, for now it’s time to reunite with Eivor and Kassandra, for a crossover like no other. You can find each story expansion available for free within each game.