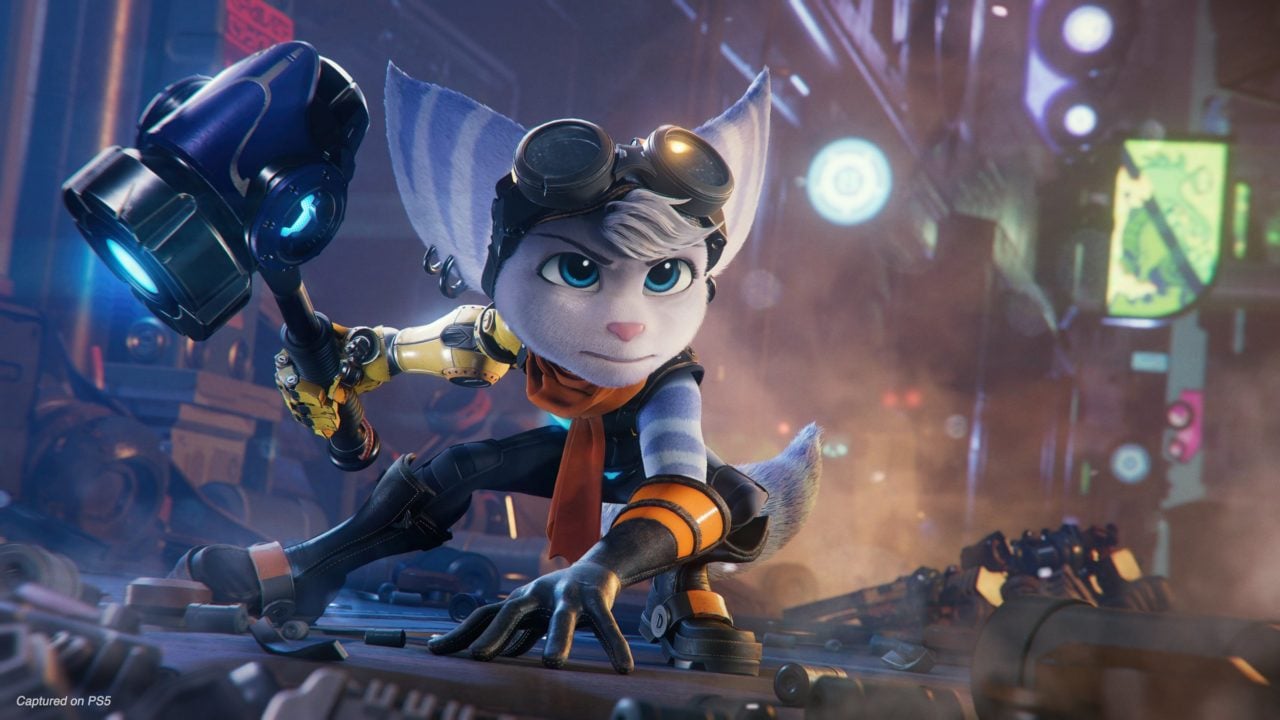 Ratchet and Clank: Rift Apart is getting closer, and developer Insomniac Games unveiled a gameplay trailer, ahead of this Thursday’s State of Play event.

The new trailer runs at just under two minutes, and outlines the game’s story. It opens with the heroes at a parade in their honor, which is attacked by the game’s villain, Doctor Nefarious. He opens a portal to a bevy of new dimensions, leaving Ratchet and Clank separated across these worlds.

Here, Clank meets a new Lombax, called Rivet, seemingly from another dimension – with the same goal of defeating Nefarious. What unravels is a fight to stop Nefarious from tearing apart these dimensions, with all our heroes teaming up.

Crucially, we also get our first glimpse of gameplay. There isn’t much here, but we do return to the series’ classic third-person view, with flowing movement and combat. Excitingly, we get glimpses at portals. They will shift players between levels and areas in an instant, with no load screens. Combat seems refined, with Rivet carrying a melee weapon in the same vein as Ratchet, and a rapid-fire pistol shooting purple sparks.

It seems players will shift between the two Lombax protagonists, as the trailer also gives fans footage of Ratchet firing a railgun at Nefarious’ robot goons. Interestingly, this shot also shows Clank strapped to Ratchet’s back – suggesting it takes place before their separation. What we do know for certain is that the series’ classic third-person shooting and melee formula is back, with the portals adding a new dimension to proceedings.

The trailer confirms Ratchet and Clank: Rift Apart’s release date of June 11, 2021, and parades its status as a PlayStation 5 exclusive, with no mention of a PlayStation 4 version anywhere. It will take full advantage of Sony’s hardware – and with State of Play this Thursday, we’ll learn more soon.