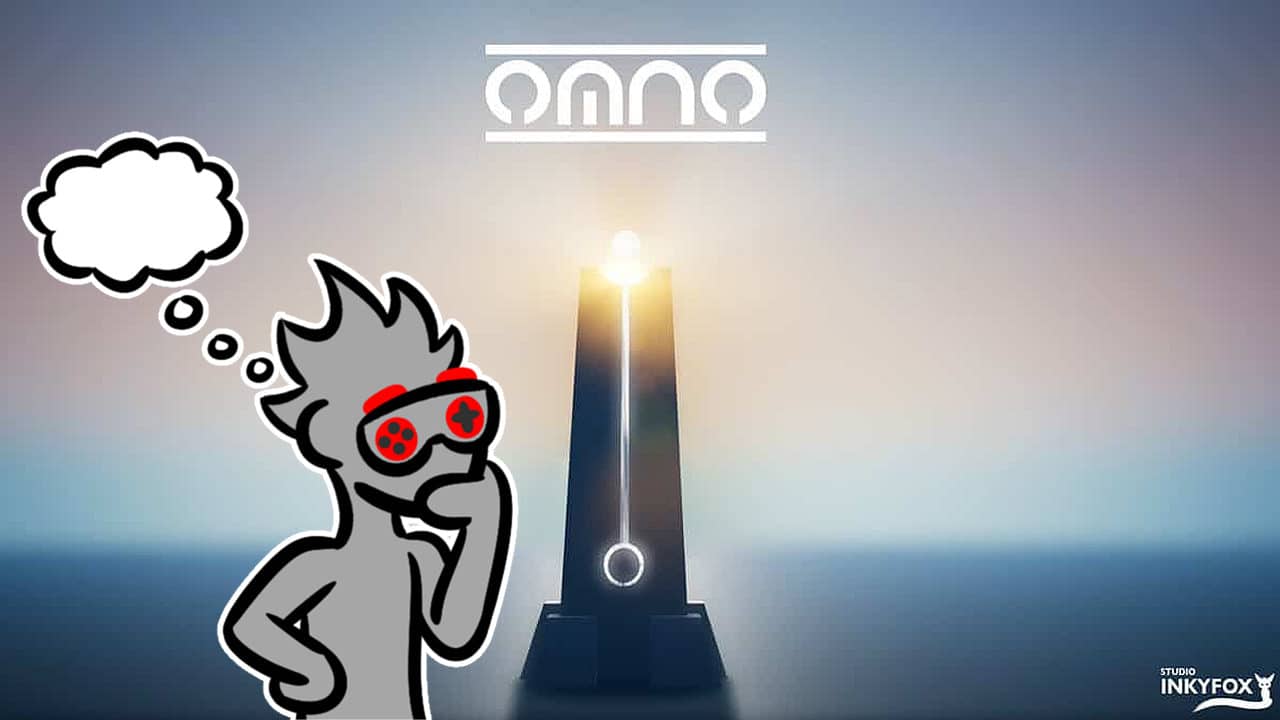 Not everyone can go on a fantastical journey, but thankfully video games can provide a creative alternative. Like books and movies, games have the power to draw us into wondrous locations. Titles like Journey prove how engaging simply traveling the land can be, and Omno is likely to follow suit. The demo Omno: Prologue starts the player on quest to restore an ancient power with the help of a mysterious nomad. With a look at some mystical powers, casual platforming and strange worlds, this demo takes small steps towards a grand adventure. 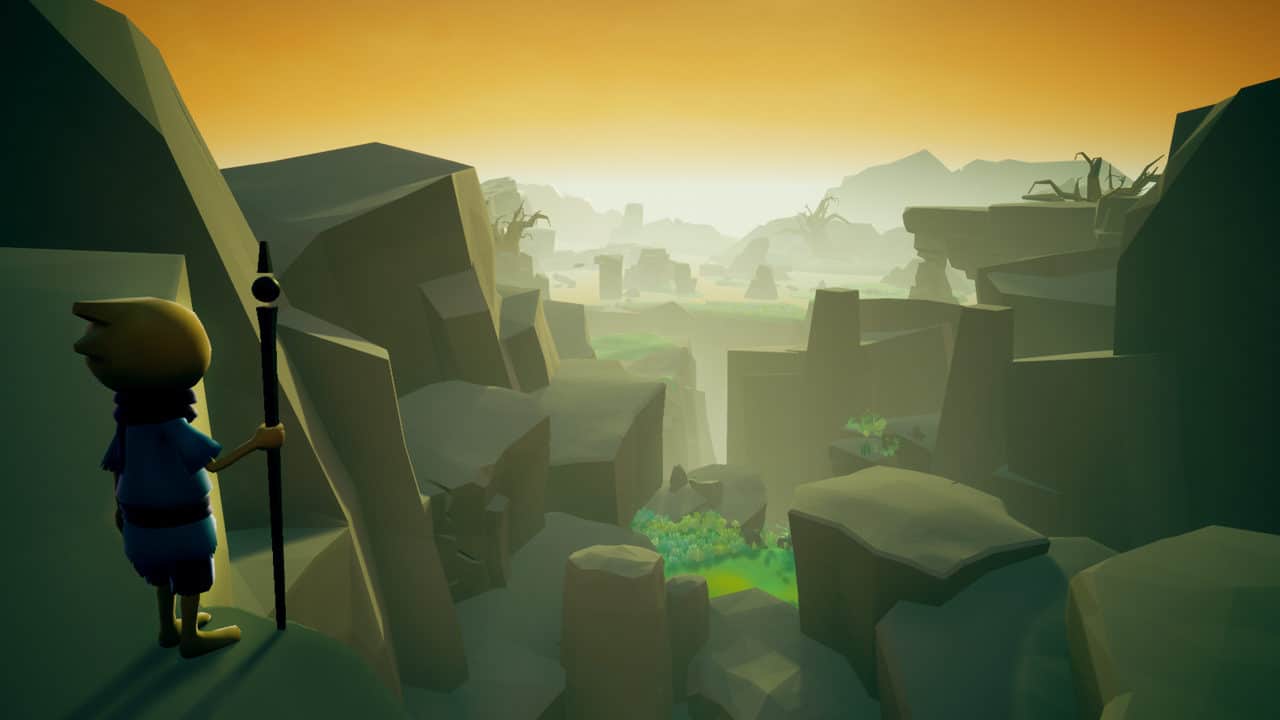 Most stories in games offer some sort of setup or intro to give players an idea of what’s going on. Omno takes a more indirect route, relying on clues and aspects of the game to give some form of context. From the demo, it appears that the story follows a nameless nomad (maybe Omno) as they journey across a diverse world (also maybe Omno). The goal of the first area seems to be gathering energy to restore ancient ruins in order to continue traveling. It’s a silent story that allows players to fill in the blanks themselves.

An Exciting Road Ahead

Things start off slow, easing you in to the controls and mechanics of the world. Once it takes off, you’re raring to go on an incredible adventure. The controls are easy to figure out and get familiar using a traditional platforming setup. The nomad jogs at a calm and stable pace with a decent jump arc. Since there’s a lot of climbing to do, the nomad also has a ledge-grab move that’s pretty reliable. The nomad also has a staff which acts as the main way of interacting with the world. Most of the staff’s abilities are contextual, adding a sense of significance whenever they’re used.

Next, there’s the grandeur of the world. Though the demo only shows the first region, it creates a feeling of something far bigger on the horizon. What’s interesting is that most games that try to create this feeling usually make the player character small or pull the camera back. In Omno, the nomad takes up a fair amount of space on the screen at the center of the camera, but no scale is lost. The presentation creates a distinct feeling that the nomad is part of something bigger, and the world they’re traveling is even bigger than that.

Finally, the game is very pretty. Sometimes you just have to be blunt, and that’s what we’re doing with Omno. It’s a game that is nice to look at, and it puts a lot of emphasis on lighting. The vision of seeing a rising sun shining through scattered ruins is so serene. The sounds of world complement each other, too, especially the creatures. There is a lot of wildlife to discover, each with different behaviors and noises. Whenever there is music, it’s brought in to emphasize something happening, which is effective.

Some Things in the Way 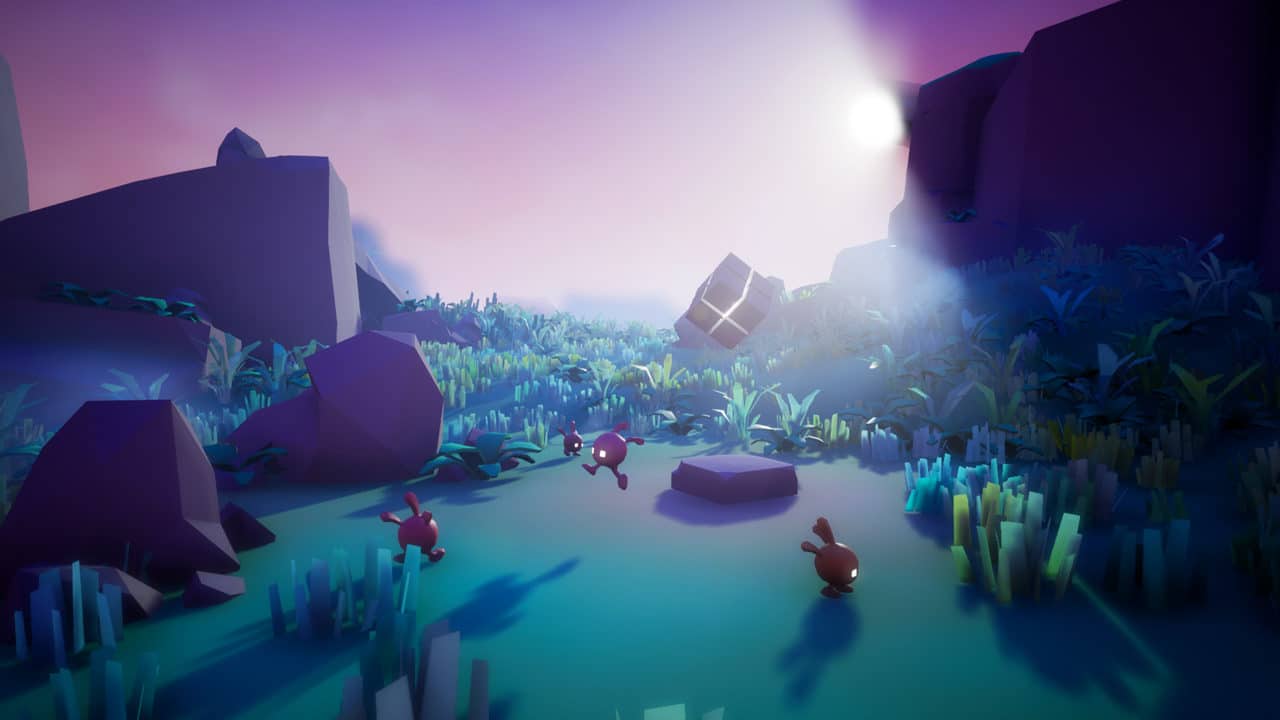 Every road has speedbumps, and every journey has pitfalls. Omno is no exception. The biggest hazard the developer needs to deal with is the flow of platforming. It’s clear that jumping, running, and climbing are the main movements, but they can be smoother. There’s a sneak-peek at a more open area where the nomad is able to surf around on their staff like a hover-board, and some teleportation in the demo region. These offer far more freedom of movement. Here’s hoping we’ll see more of this in the final product.

The other big thing is the modeling. The shapes and animations for the world objects and character models are clean and solid, but they could use more definition. Everything almost looks like cel shading, which can definitely work for stylized design such as those in Legend of Zelda: Wind Waker. However, there were a few moments where the nomad would blend in with the background, which was a bit jarring. Finally, climbable and non-climbable environments need to be more clearly distinguished.

Where the Path Ends… 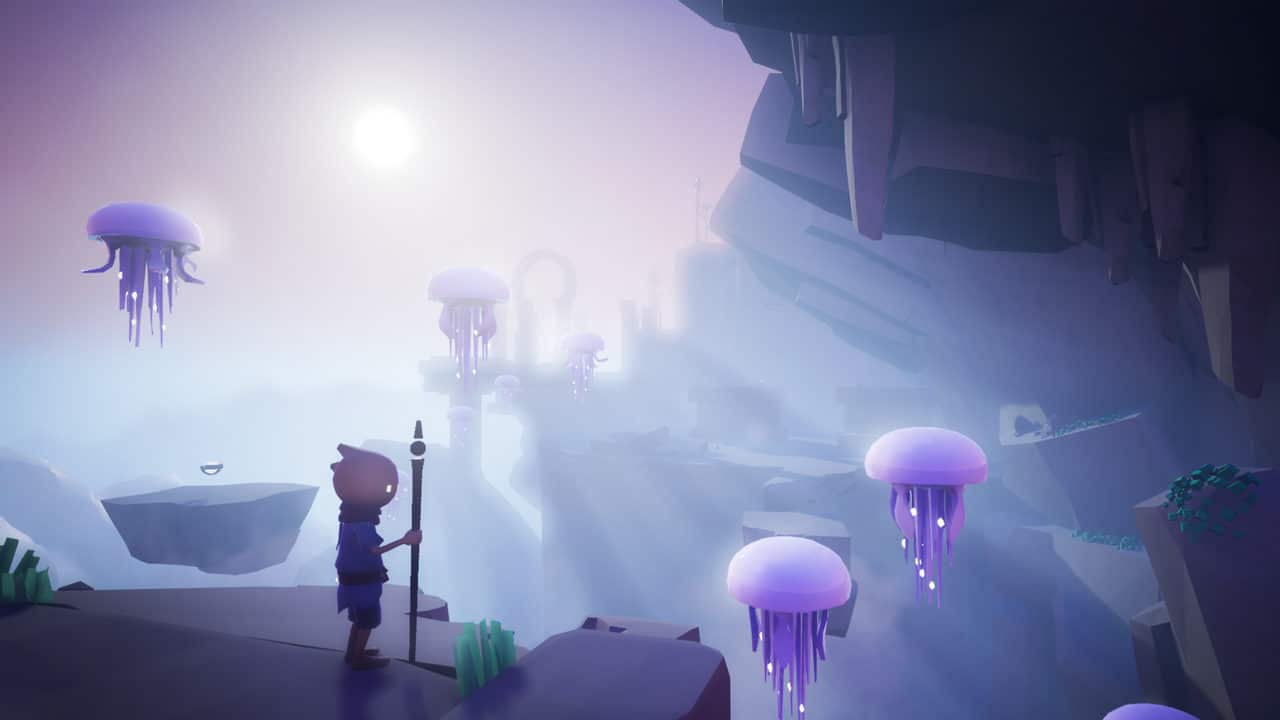 The game’s path ends at a finished version of Omno aiming to release next year in March/April on Steam. The demo is the glimmer of a star that has yet to shine its brightest. It’s a calm journey with an air of importance that takes the player across a changing world. Some more freedom in movement and distinct environmental features will make it even greater. Until we’re ready to set off next year, we can see how our feet fit in the tracks of the Omno Prologue.