It’s been almost two weeks since Glumberland released the magical life-sim Ooblets on PC and Xbox One. While the game is still in Early Access with more content and updates to come, Ooblets has already pulled in quite an audience that continues to grow. With a fun and relaxing atmosphere that appeals to all sorts of folks, the breakout stars of the game are the titular Ooblets. Below is Guide Fall’s official Ooblets Early Access review.

A Tranquil Farm to Run

Some of the most popular life-sim games such as Harvest Moon and Stardew Valley have taken a realistic approach to farming, while Ooblets has gone for a more relaxed and quirky approach. There’s plenty of tasks to keep the player occupied when it comes to maintaining the farm, but many tools and facilities are introduced towards the beginning that allows for a quick setup. This way, players can leave their farms to grow in passing while they go out to explore the world.

It may seem like the farming mechanic takes a backseat to the rest of the game, but it still works as a home-base and a core activity. In order to produce the various items and foods needed to make Gummies (currency) and challenge Ooblets, players will need to make sure their farms are running smoothly to maximize effectiveness. Once they achieve that, they’re free to spend their time with other activities.

However, considering how long the in-game days are (about 40 minutes) the amount of stuff there is to do is lacking. With only two small regions to explore for now, players can finish most of their tasks before noon. This time is cut even further once the farm is set up to run itself.

Making Friends with Everybody

Another key part of Ooblets is the large social aspect. The areas (currently limited to Badgetown and Mamoonia) are small enough to get around easily but dense enough that they feel full. Almost every person (at least in Badgetown) can be spoken to and befriended either through continued conversation or by fulfilling their requests. By developing these friendships, players get a more in-depth experience of the world and the characters themselves become more defined. There’s also an in-game incentive in terms of receiving rewards from the characters and even discounts from store owners. Each character has a distinct look and personality that really makes them feel alive.

However, even more important than the relationships players build with the NPCs, are the bonds they form with the Ooblets. While wandering around, players can run into various groups of Ooblets and attempt to befriend them. The types of Ooblets encountered changes every day with players having the option to increase the variety of Ooblet visitors by wishing (yes, at a Wishing Well). The desire to gain as many Ooblets as possible encourages players to farm as many crops as they can. Since Ooblets are needed to help tend to the crops and run certain facilities, the social and farming mechanics support each other very well.

To further compliment the social mechanic are daily tasks that change every day and grant Wishies for the buying of permanent upgrades and uncommon resources. 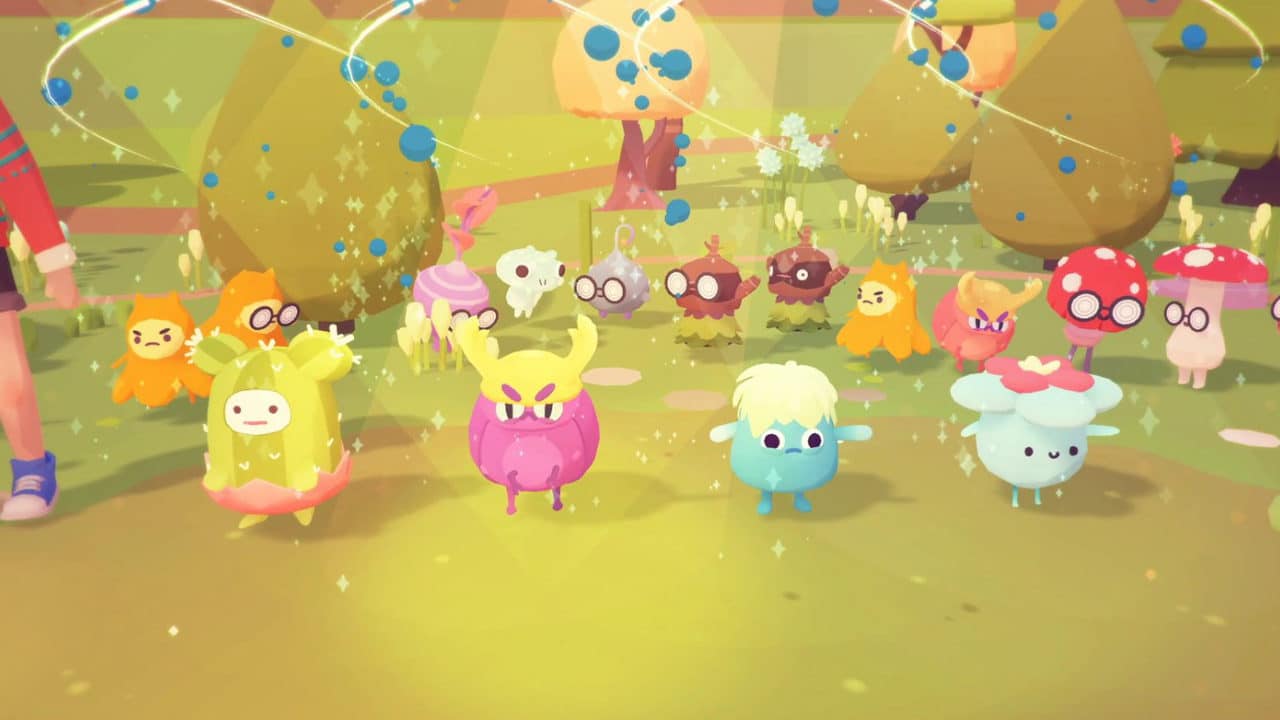 The reason the Ooblets shine so bright in the game is due to the main attraction: Dance-offs! You can’t gain new Ooblets without an offering and a dance-off. Players can have up to eight Ooblets following them around with dance-offs being as big as 6 vs 6. Each one combines catchy music with a turn-based card battle system. Every Ooblet has different signature moves that can change the flow of either their teammates or opponents. This adds a certain level of strategy to these dance battles, considering different team combos will use different tactics to get the upper hand.

Later on, players can unlock a facility called the dance barn where they can participate in Dance Tournaments. There’s plenty of reason to do them since each victory earns Wishies and seeds for certain Ooblets. To add more variety, tournaments will sometimes have special restrictions so players will need to think about their lineups more carefully.

Finally, aside from just watching all these adorable creatures dance to upbeat music, there’s the luck of the draw that keeps players on their toes. Since dance moves are represented as cards, each hand is dealt out randomly and with more dancers equaling more combinations. As Ooblets get more experienced, they learn even more moves that further fill the deck and players can buy additional moves. All of this helps keeps dancing fresh and challenging.

Ooblets is still being developed but has already achieved such wonder and awe. A quirky, yet casual take on the difficult task of farming with the charming goal of making friends and growing adorable creatures into the best dance crew ever provides a cozy and comforting escape. One can only collect so many Pokemon; it’s a welcome change of pace to collect Ooblets. For that reason, we are giving Ooblets an 8.5 out of 10. We hope you enjoyed our Ooblets Early Access review.