Ooblets Rainbow Rain | What Does it Do? 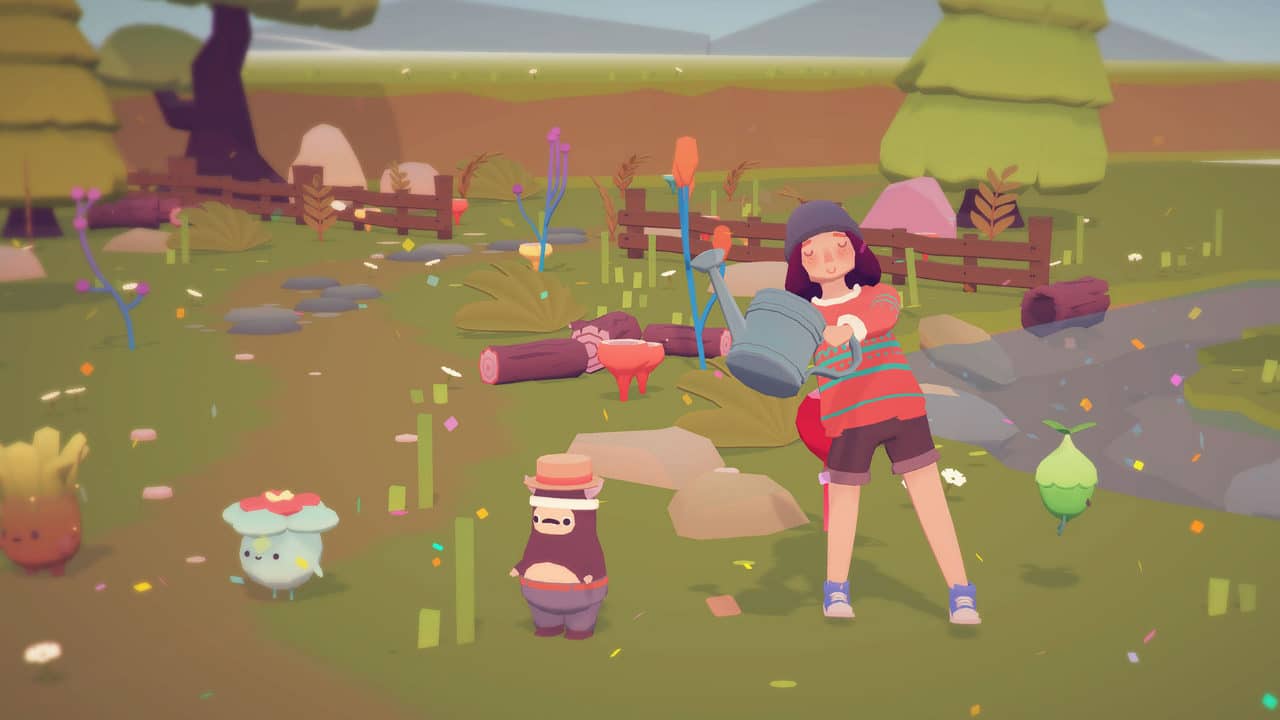 The world of Ooblets is filled with so much life and color, from the people walking around town to the mushrooms growing out of the ground. In keeping with this theme, it experiences a very magical weather phenomenon known as Rainbow Rain. As the name implies, color-changing water droplets rain down from the sky which can have strange effects on the surrounding lands. But what exactly is the Ooblets Rainbow Rain?

What is Rainbow Rain in Ooblets? 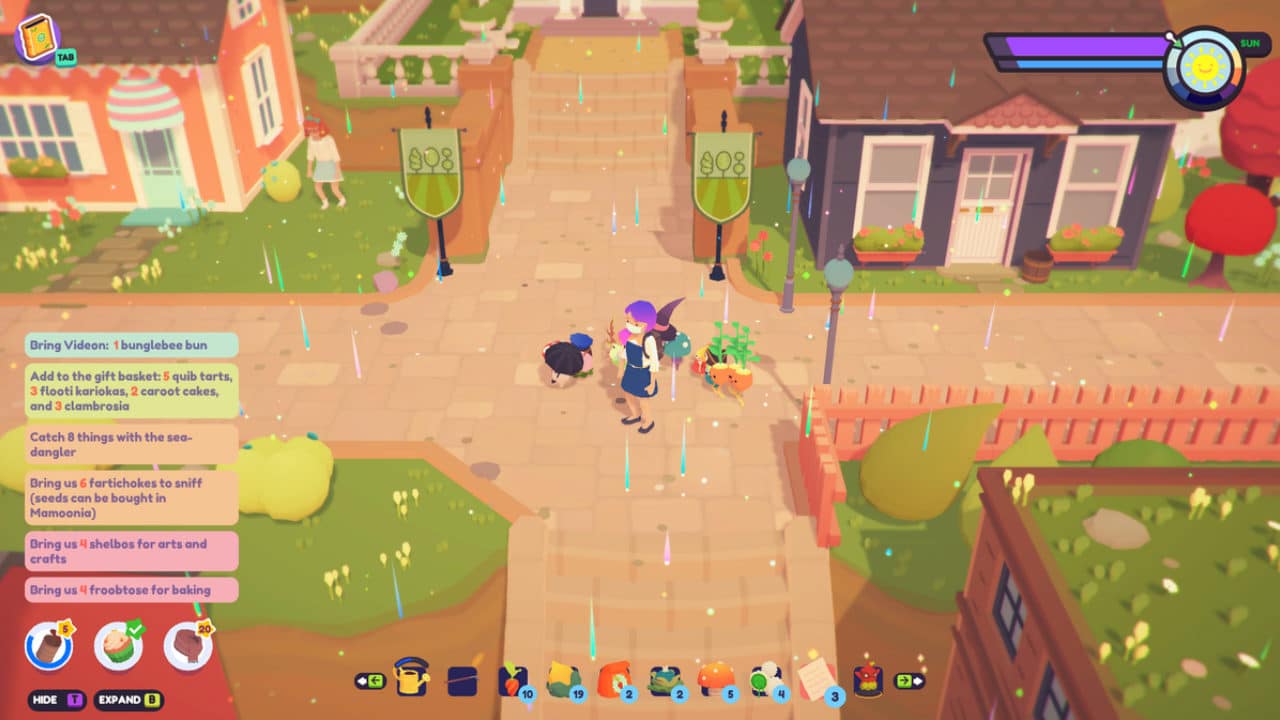 Ooblets Rainbow Rain appears to be a wholly natural occurrence. There doesn’t seem to be anything that causes it nor is it possible to predict exactly when it will happen. However, based on its frequency during gameplay, it’s likely that Rainbow Rain occurs once every 7-8 days.

When the colorful rain does arrive, it lasts for the entire day and even carries to other regions of the Ooblets world. The average day from waking up to bedtime lasts around 40 minutes so be sure to take advantage of the unusual weather and make sure your crops are planted and hunt down Gleamy Ooblets. 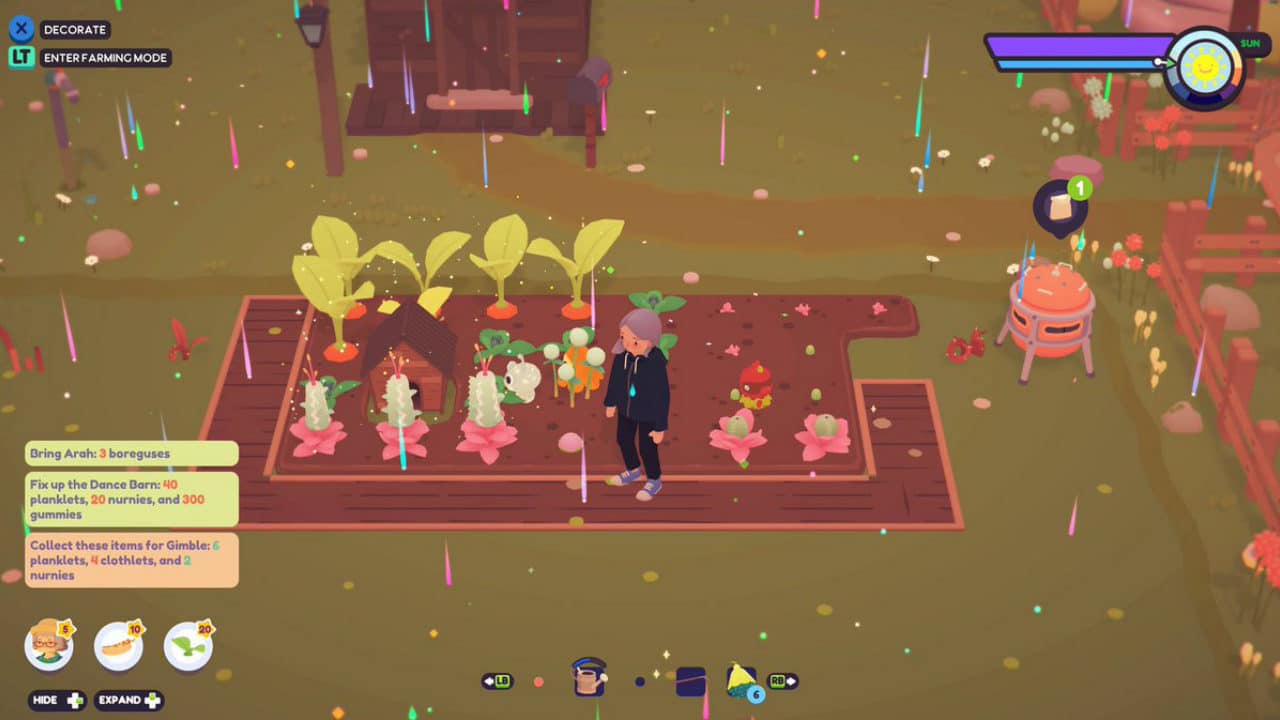 Despite how beautiful and mystical Ooblets Rainbow Rain is, the impact it has on the land is somewhat minimal. Like regular rain, the droplets automatically water your crops without altering their growth time. Though it’s unfortunate that Rainbow Rain doesn’t generate Rainplops, which are a decently rare resource that are required to build a number of useful tools such as sprinklers.

However, the true value of Rainbow Rain is how it affects the Ooblet population. These creatures come in several varieties: Common, Uncommon, and Gleamy. Although all three varieties can be found wandering around the land, Gleamy Ooblets are the rarest and highly prized for their ability to produce Oobsidian, a very rare resource used in building structures and upgrades. While rainbows are falling, the chance to encounter Gleamy Ooblets rises significantly, so be sure to get out there and start looking.

Even if you don’t find any Gleamy Ooblets, all is not lost as Oobsidian can still be found around the area during and after Rainbow Rain. So, while the effects of Rainbow Rain may sound small,  it does have a couple of major advantages. Further, Ooblets is still in Early Access and changing every day, so it wouldn’t be surprising if the developers decided to make the rain even more magical. So, to all you Ooblet fans, keep watching the skies.